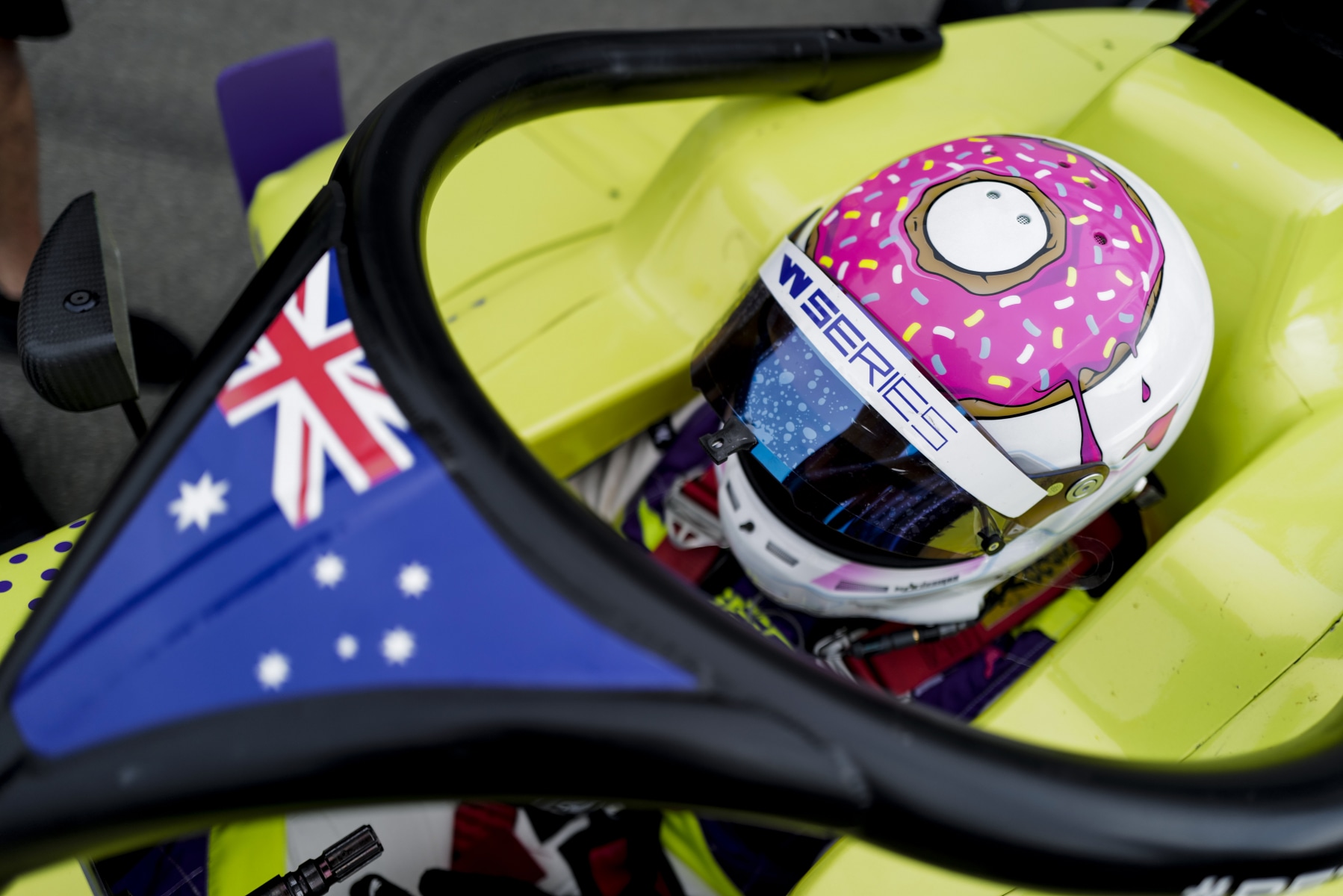 At just 22 years of age Caitlin Wood is the first Australian woman to compete on the European racing stage.

From 7-years-old Caitlin loved getting behind the wheel, now racing abroad in Europe and the UK for the past four years.

Growing up in the small town of Tenambit, Caitlin then made the courageous move to Europe on her own at 18-years-old living in Germany for two years before making the move to the UK.

Taking charge of her career on the international circuit, Wood has moved from a KTM XBOW GT4, to a Lamborghini Hurucan Super Trofeo Evo and now to a Formula 3 car this year.

Caitlin won the Reiter Young Stars Championship in 2016 in a GT4. She then became the first Australian woman to compete in the Blancpain GT Series in a Lamborghini Gallardo GT3. Caitlin went on to finish on the podium in a Blancpain round at Misano in the Silver Class.

Not to mention Caitlin is the first Australian woman to compete in the European Lamborghini Super Trofeo Series and was the only Australian in the inaugural W Series Championship this year with a highlight of finishing 5th at Assen in the Netherlands. And this is just to name a few of this Aussie star’s achievements.

Caitlin lives and breathes racing and said there’s been many lows and highs. “I’ve had to sacrifice a lot over the years to just keep the dream alive, I moved to the other side of the world by myself when I was 18, left all of my family and friends behind, had to keep finding sponsors and investors to just keep going in the industry,” Caitlin said.

“Being a woman in a male dominated sport has also been something that I’ve had to deal with from a young age but all of these experiences have made me the woman that I am today and I owe a lot of that to motorsport,” added Caitlin.

Family has kept Caitlin going during tough times as her number one supporters. “My dad was a plasterer and has just recently retired so hopefully we will be able to see more of each other now that he has a bit more spare time,” Caitlin laughed.

The champions ultimate goal is to compete in the famous 24 Hours of Le Mans and become the first Australian woman to win it. And after chatting with Caitlin, it became clear that this is a more than achievable goal with her obvious passion and love for the sport. “I couldn’t imagine my life without motorsport now,” said Caitlin.