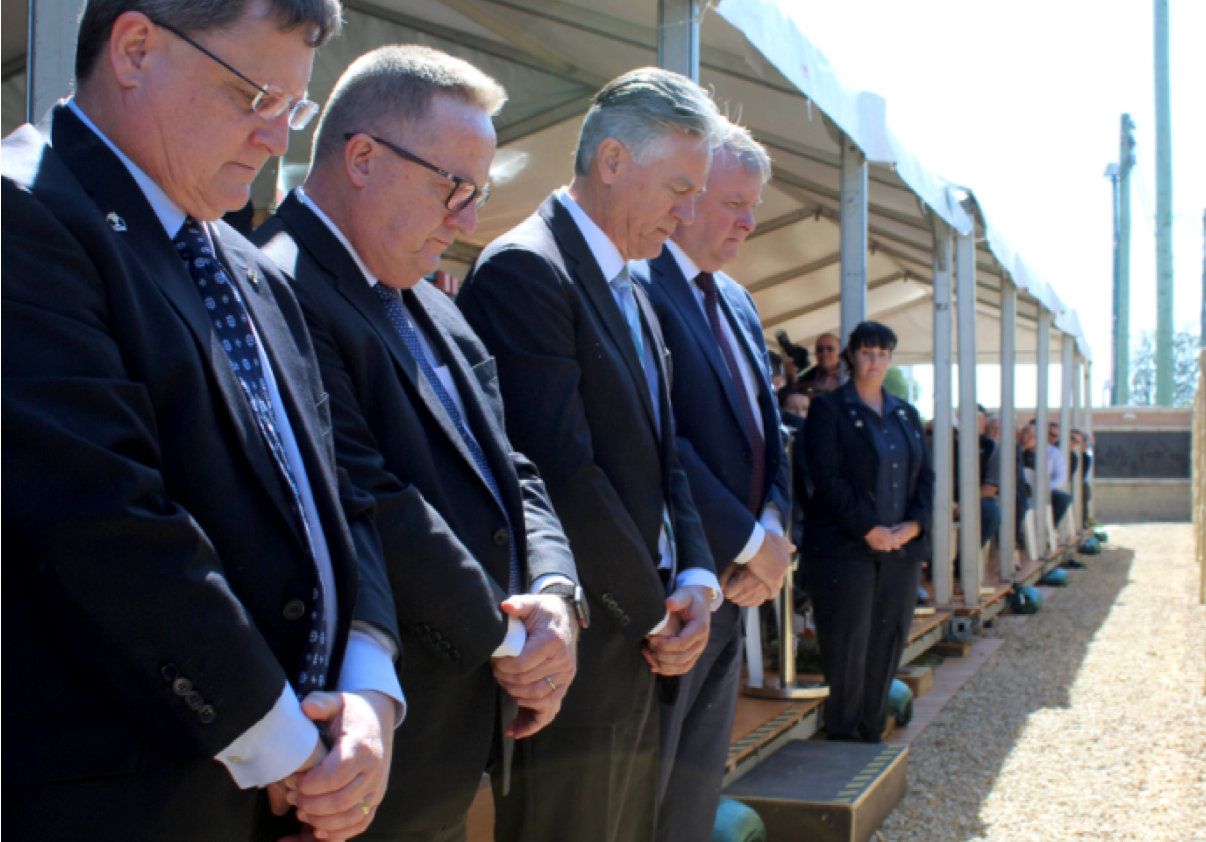 CFMEU Northern Mining & NSW Energy District held their 24th Annual Memorial Day Service on September 8 to remember the mineworkers who are no longer with us.

The sun shone over the Jim Comerford Memorial Wall, Federation House on Sunday as the community came together in memory of our miners lost.

Family and friends of Quinton Moore were among those in attendance on the sombre occasion to see his name etched into the golden wall. Quinton was a contractor killed at Bengalla Mine in November 2018.

Quinton was described by friends and family as a loving and respected member of the mining and local community who will be forever missed and remembered.

This year’s guest speaker the Honourable Anthony Albanese, MP and Leader of the Australian Labor Party, showed his strong support and respect for the day through a passionate and emotional speech.

Mr Albanese told the hundreds in attendance of his and Jim Comerford’s shared hope, so many years on, that there would be no more names being added to the wall. “Sadly, that job is not yet behind us,” he said.

“As we look at all those names, we give thanks that their ranks do not grow at the remorseless and terrible rate that they used to,” added Mr Albanese.

This theme was carried on throughout the day, as speakers and guests expressed the importance of continuously improving safety on site.

Previous years have had other Labor leaders join us in the Hunter to speak on this important day including Bill Shorten, Julia Gillard and Kevin Rudd.

The wall bears the names of more than 1800 men, women and boys that have lost their lives on the job in the Northern Districts coalfields since 1801. Opened in 1996 by the then Prime Minister Paul Keating, the wall was named after one of the Union’s most respected leaders Jim Comerford.

The day began with a moving performance of “Minstrel Boy” and “Scotland the Brave” played by the Mineworkers’ Pipe Band as they proudly marched in.

Bengalla Lodges’ Rodney Hamson then carried The Safety Lamp to the stand, a moving moment for all.

The packed audience were welcomed by CFMEU Northern Mining and New South Wales Energy District President, Peter Jordan, who introduced Jason Jenkins from the Maitland Salvation Army to lead us into prayer and a minute’s silence for our fallen.

Throughout the day the Mineworkers’ Pipe Band played melodious sounds of classics like “Amazing Grace”, “Flowers of the Forrest” and “At Long Last”, along with Tara Naysmith who sung “Who You’d Be Today” and “Working Man”.

Members of Parliament and Local Government, Families, invited guests, national and district officials and lodges and members of the public were soon to follow with their floral tributes as hundreds lined the wall in remembrance.

As Rodney Hamson removed the Safety Lamp, the service came to a close and guests were invited for tea and coffee in the foyer and then across the road at the Caledonian Hotel.

We give thanks to all those involved on the day to help us remember our fallen miners.