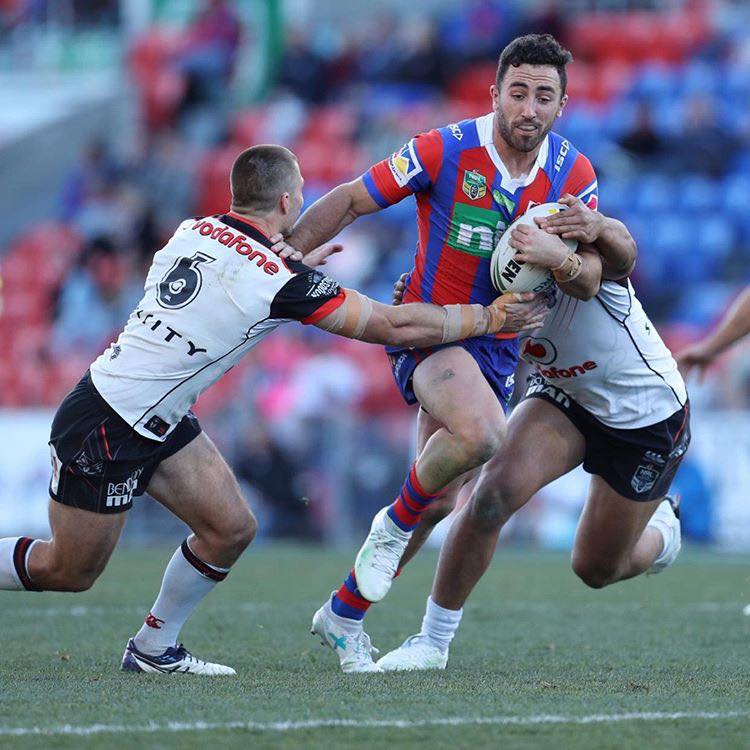 Born right here in the Hunter Valley, 22-year-old Brock Lamb has already seen a bright career in the spotlight. Currently residing in London, Brock plays stand-off and scrum-half for the London Broncos in the Betfred Super League.

Excited to take his game to the next level, Brock has jumped at every opportunity to improve and grow as a player. Brock had never lived out of home, nor out of Maitland before taking the leap and moving to Sydney for the Roosters.

Now making the bold decision to play and live internationally in London, Brock said he’s loved the ride so far.“It’s pretty crazy to be over here travelling the world and playing footy at just 22,” Brock said.

Following the retirement of Cooper Crock, Brock had hopes of taking over the number 7 for the Roosters long term but requested and was granted an early release from the Bondi club when the international opportunity arose.

Lamb has been signed for the remainder of the 2019 campaign, playing with former Newcastle team-mate Luke Yates, who played a big role in tempting him to the London team.

Even after hitting the big leagues and moving to London, Brock still calls his little hometown of Maitland home. “Maitland is always good to come home to, very grounding and easy to wind down and relax, get away from the stress of footy sometimes,” Brock said.

After such an impressing start to his career, the young playmaker has a bright future ahead of him. Brock said, “I definitely have goals and want to continue playing good football and just enjoy the ride and be open to anything and see where it all takes me.”

“The footy ride is crazy, so many ups and downs that a lot of people don’t see, but at the same time I’m playing football for a living, so it doesn’t get much better than that,” he added.

If there’s one thing for sure this is only just the beginning for Brock Lamb, so keep an eye out for the rising star and show some support for our Maitland local boy.