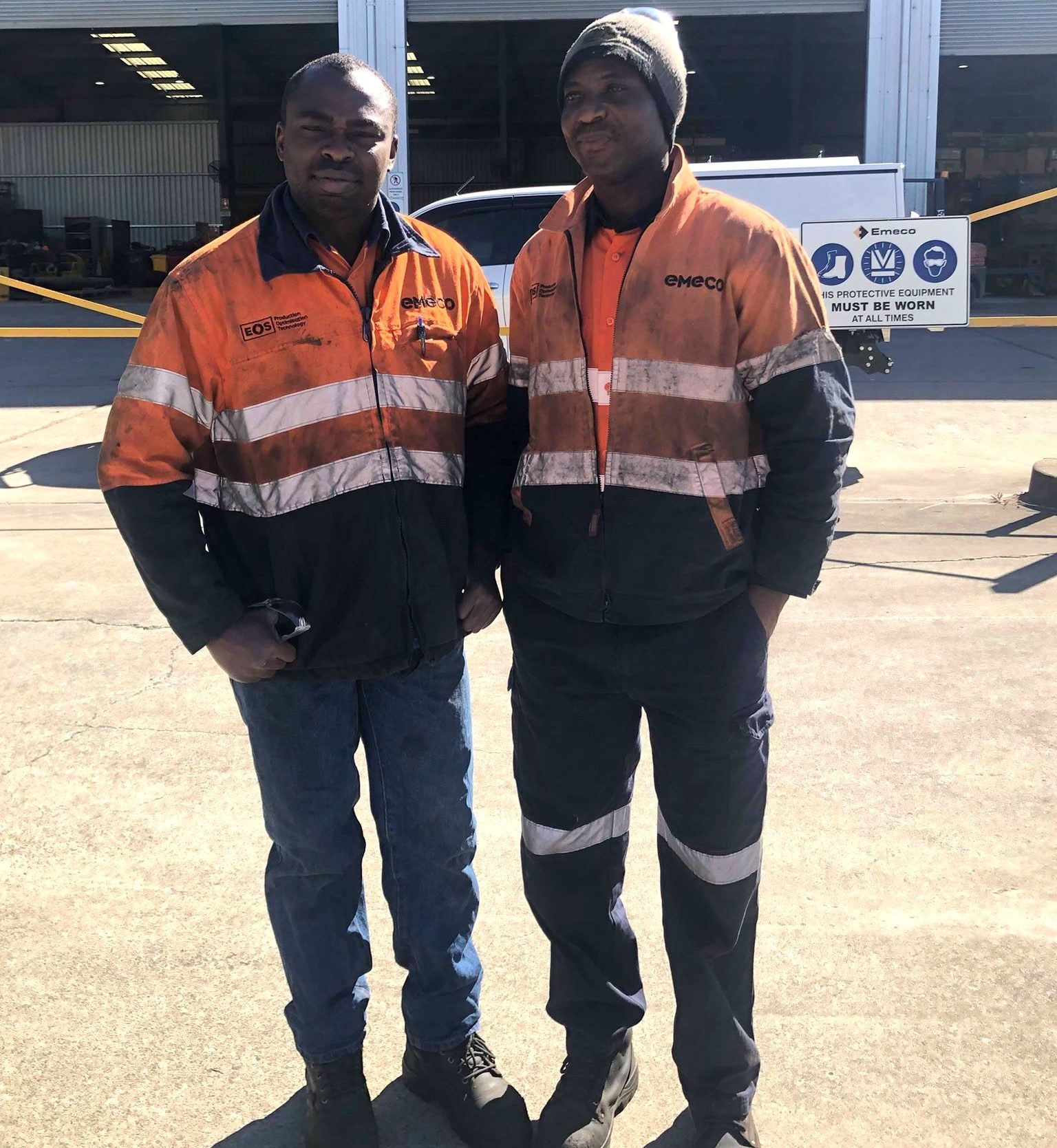 In 2017, Emeco engaged the services of Blue Tongue, a recruitment provider who specialise in relocating international employees to Australia.

As a result of the skills shortage across our mining industry, Emeco sought innovative ways to attract quality candidates to their operations which led to the engagement of Heavy Vehicle Mechanics from international avenues.

Both Kennedy and Gideon are trade qualified Heavy Vehicle Mechanics and were working for Mining support companies in Africa before the opportunity to work for Emeco in Australia came about.

Jumping at the opportunity to live and work in Australia, Kennedy and Gideon relocated and commenced in 2017 with a seamless transition into their new careers – both now having set goals to bring their families over and develop their career.

“My name is Gideon from Ghana, I heard about this company in 2010 when the boss came to Ghana to interview us at a mine site,” Gideon shared.

“Fortunately, I was successful in the interview and was picked up and we started the process and I had to send my documents in for my visa to be processed,” he added.

After having his visa approved in 2013, the mining downturn in Australia came meaning Gideons visa expired before the company could bring him over. Emeco were fortunately able to bring Gideon over in 2017 and he has never looked back.

“Where I’m coming from, when you’re put to work on a section you will just be doing the work that is related to that particular section, whereas when I came into Australia the culture is different, you can be called a Jack-of-all-trades, something like that.”

“I’ve been here now for a year and few days and from the time I joined Emeco, I see what is lacking because learning doesn’t stop in our career,” Kennedy added.

Gideon is working hard to bring his wife and 3 kids to Australia and Kennedy his wife and 2 kids. Both Kennedy and Gideon said they are very excited to start their lives with their families in Australia.

“Emeco are always challenging conventional thinking and this situation was no different…a problem presented itself and we worked to identify an innovative solution,” saidEmeco’s Business Development Manager Ryan Finn.

“Emeco are pleased to be able to play a part in helping Kennedy and Gideon start new lives in Australia and are excited to help both men continue their journeys into the future,” he added.

With both men flourishing in their roles and developing more and more each day with support from Emeco, it’s no doubt that their families will be here in no time. Keep working it fellas and hats off to Emeco for providing such fantastic employment opportunities.