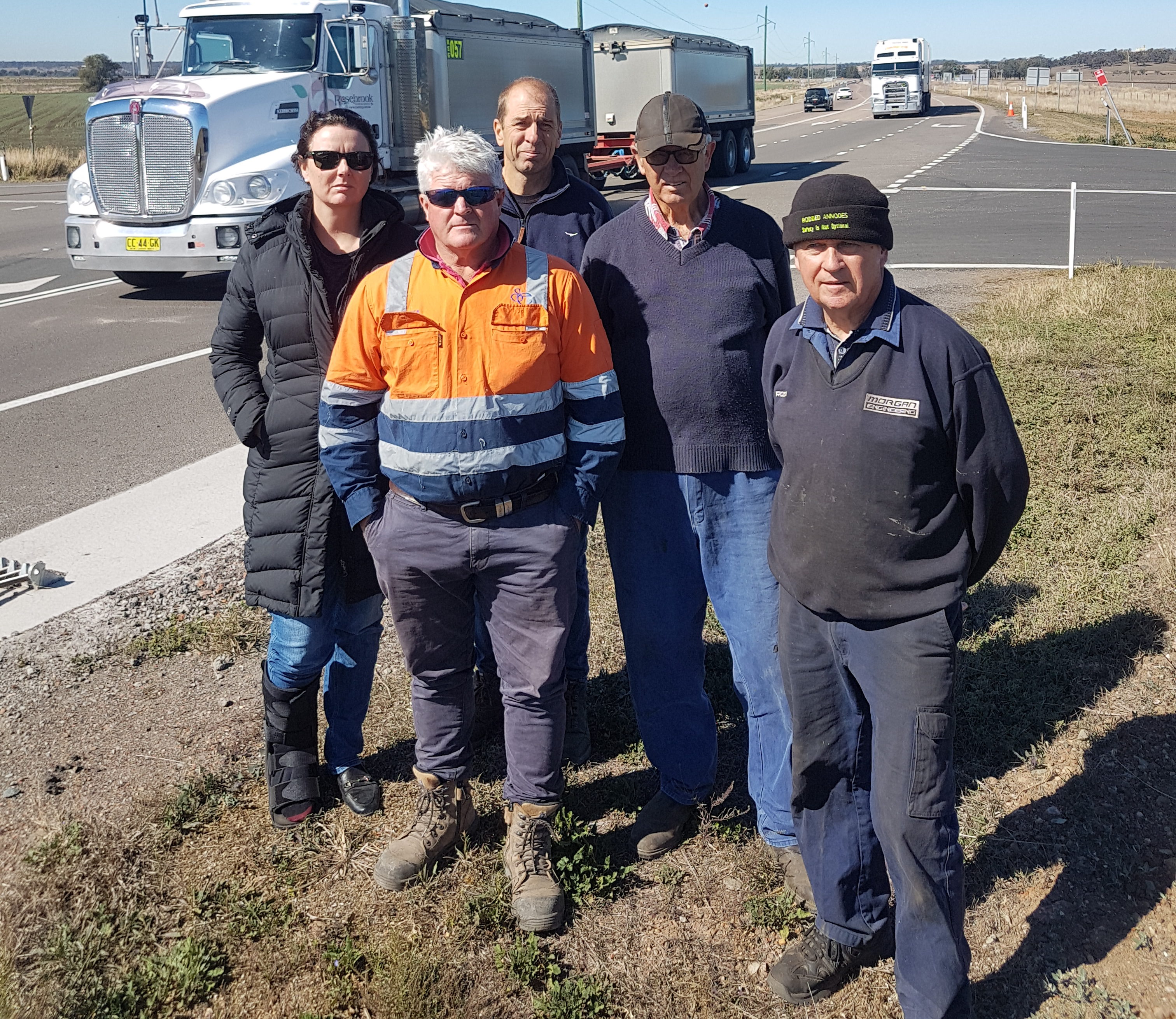 The stretch of New England Highway between the Golden Highway and Singleton is best described as a death zone and daily traffic nightmare. It’s beyond past time for things to change.

The Whittingham Road Safety Group was formed in response to the unacceptable human costs and tragedies of this notorious stretch of road. The group is demanding immediate action and @ The Coalface is 100% behind them along with council and others.

Since an initial 2012 Whittingham Community and RMS meeting there has been a staggering 7 deaths, 11 catastrophic accidents and numerous moderate and minor injury accidents.

If those numbers are not enough for immediate action, then we are perplexed as to what is.

The Hunter Valley Police District consider the Whittingham stretch of highway to be in their top 2 for dangerous driving/crashes. Motorist behavioural records for the year to June 2019 further support that the time for action is now.

The numbers demonstrate that the body count could easily have been much worse if you can believe it, with 789 individual traffic infringements issued with 276 of those for speeding alone, and that doesn’t include drug and alcohol infringements.

25000 vehicles per day pass through Singleton and with around 9000 of those being drive in, drive out mine workers, the potential if not inevitable toll will continue to rise without action.

What is being asked for is simple – Drop the speed to 80km/h from Singleton to Belford past the Golden Highway intersection now until the bypass is delivered.

The group is also asking for a full evaluation of the bypass plan and route in context with Whittingham Road Safety Group data. They believe the current preferred route will amplify road dangers for residents and bypass users and their research and data backs that up strongly. The plan provides no relief along New England highway at Whittingham and it would be unconscionable of the RMS to not look at the group’s recommendations.

Singleton Council Mayor, Cr Sue Moore who strongly supports the group said, “The General Manager and I recently met with the WRSG. Their presentationwas quite compelling and very much demonstrated their concerns, the impacts on their daily lives and equally important, the impact for all NEH road users.”

“We realise that this is a state road and a matter for the Roads and Maritime Services (RMS). However, we also realise we have an important role to support our community and ensure their voices are heard at all levels of government. We have asked that they, and Council, be meaningfully involved in any consideration RMS will have in regard to this road in the near future and beyond.”

The campaign for these changes and action on the recommendations is now moving to the next level and @ The Coalface will be right behind helping make this happen. Expect to see an extremely vocal and visible campaign ramp up – lives depend on it and we won’t let those who we have already lost to have died in vain.