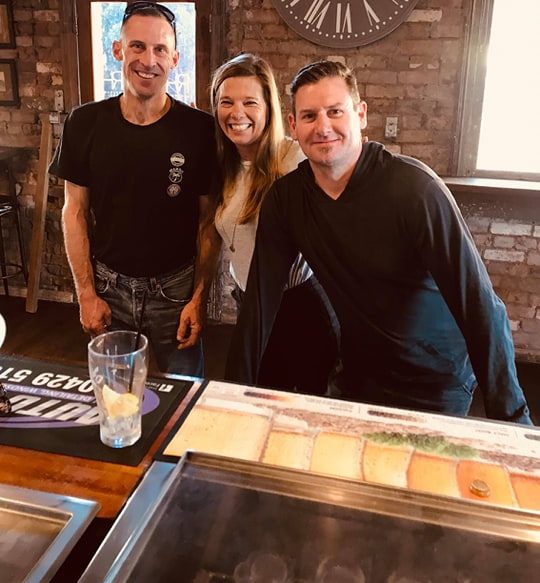 A couple of our mining industry fellas have banded together to create an epic and delicious side chilli sauce business.

If you’re a fan of chilli, then you need to get your hot little hands on some of The Newcastle Chilli Bros chilli sauce. Matthew Lethbridge, an underground miner from Intergra and Adrian Drummond, a Truckie in the Hunter mining industry launched the business in May 2019 and the rest is history.

The support has been huge from the boys underground with Integra and Chain Valley Colliery among some of The Newcastle Chilli Bros best customers. With Miners and Truckies scoffing down this amazing sauce, the pair have managed to create somewhat of a network of “Chilli Bros”.

Meeting each other in primary school, Matt and Adrian couldn’t foresee the chilling success that was to come. “After school we drifted apart and was years later that we’d cross paths again and found that we shared the same passion for everything and anything chilli,” said Matt.

“We both love anything chilli and love sauces, so it was a fairly easy decision to put our hearts, minds and wallets together and form what is affectionally known as TNCB (The Newcastle Chilli Bros),” Matt added.

Adrian works on trucks at Beresfield and is responsible for cooking all the sauces, whilst Matt manages the marketing and distribution side of things.

Upon their opening in May this year the boys launched their first 3 sauces; the ‘Original Chill Sauce’ in mild, hot and extra hot. This set the platform for the small business with online orders, friends and family chomping at the bit to get a bottle. “I remember our first 100 bottles and saying to Adrian, man we have supportive friends and family,” said Matt.

“The following week we sold 200 and the third week 290 and that’s when we realised that we were onto something pretty special,” he added.

Since then The Newcastle Chilli Bros have released a Chilli BBQ, Chilli Ketchup, Sriracha, and Sweet Chili sauce with a Chilli Chocolate and Chilli Satay in the pipeline.

The Bros also give you the chance to join “The Wall of Flame” which you can be inducted to by uploading or sending in a selfie with your bottle of sauce. So why not give these guys your support and have a flamin’ good time adding delicious chilli sauce to your next steak and veg and snap a selfie along the way.