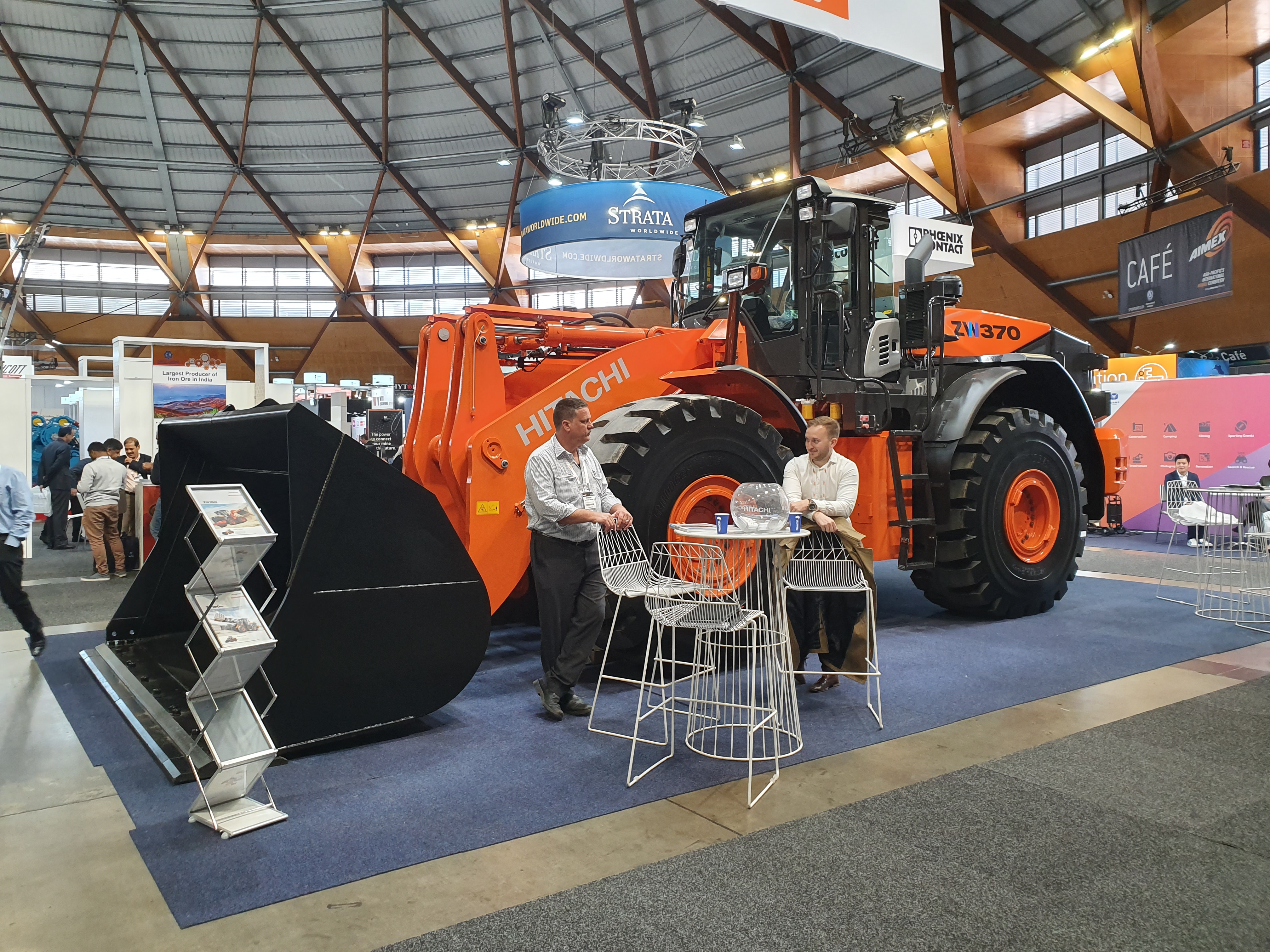 With growth and local penchant for orange, Hitachi has begun to leverage this opportunity across other machines that they manufacture including the highly regarded range of Hitachi ZW-5 Series Wheel Loaders.

Recognised as a mining digger of choice in Australia, Hitachi has developed a venerable reputation for their orange excavators. In recent years this standing has extended to their mining dump trucks with the exponential take up of their AC drive haulers.

Albeit not the complete mining range of Komatsu and Caterpillar, Hitachi’s line-up of loaders is big enough to garner interest for quarries, the agriculture industry as well as many mine site applications.

In 2010 the then Kawasaki Construction Machinery (KCM) entered into a joint venture with Hitachi to aid in the development of Tier 4 final (more environmentally friendly) loaders for the North American market.

In 2015 Hitachi purchased Kawasaki Construction Machinery as a 100% owned subsidiary, resulting in Hitachi becoming the third largest heavy equipment manufacturer in the world after Caterpillar and Komatsu. Considered a small division in Kawasaki Heavy Industries, Hitachi’s acquisition of Kawasaki Construction Machinery proved a big deal for the well-regarded loader division, supercharging the groups knowledge and know-how with a larger parent intent on growing its range and geographical footprint.

Beyond aesthetics, there’s a lot to like about Hitachi’s Dash-5 series of wheel loaders. These machines are quiet, comfortable and fast on the ground with good torque and power.

A quick look at Hitachi’s jewel of the fleet, the ZW550-5 Wheel Loader, reveals a host of features that include traction control and a quick power switch that provides the operator rapid access to extra power as well as an instant increase in engine RPM to add breakout force for digging into heavy piles or when climbing steep grades with a full bucket without (importantly) limiting the loader’s top speed.

Albeit still with a steering wheel, the Dash-6 Series now available in North America gives insight of things to come for the Australian market with a steering joystick providing greater operator visibility. Powered by a six-cylinder direct injection Isuzu diesel engine, this loader is well suited to handling tough rock as well as high volumes of soil and fill and depending upon lifting configuration, offers bucket capacities up to 7.2 cu m.

With a sprinkling of machines already operating on mine sites in the Valley, Hitachi’s loaders are (excuse the pun) a quiet achiever. While unlikely to impact Cat and Komatsu’s dominance on a meaningful scale, Hitachi’s loaders are a compelling proposition that can confidently mix it up with the industry’s leading brands that include Volvo, Cat, Komatsu and Liebherr.

To find out more, visithttps://www.hitachicm.com.au/.