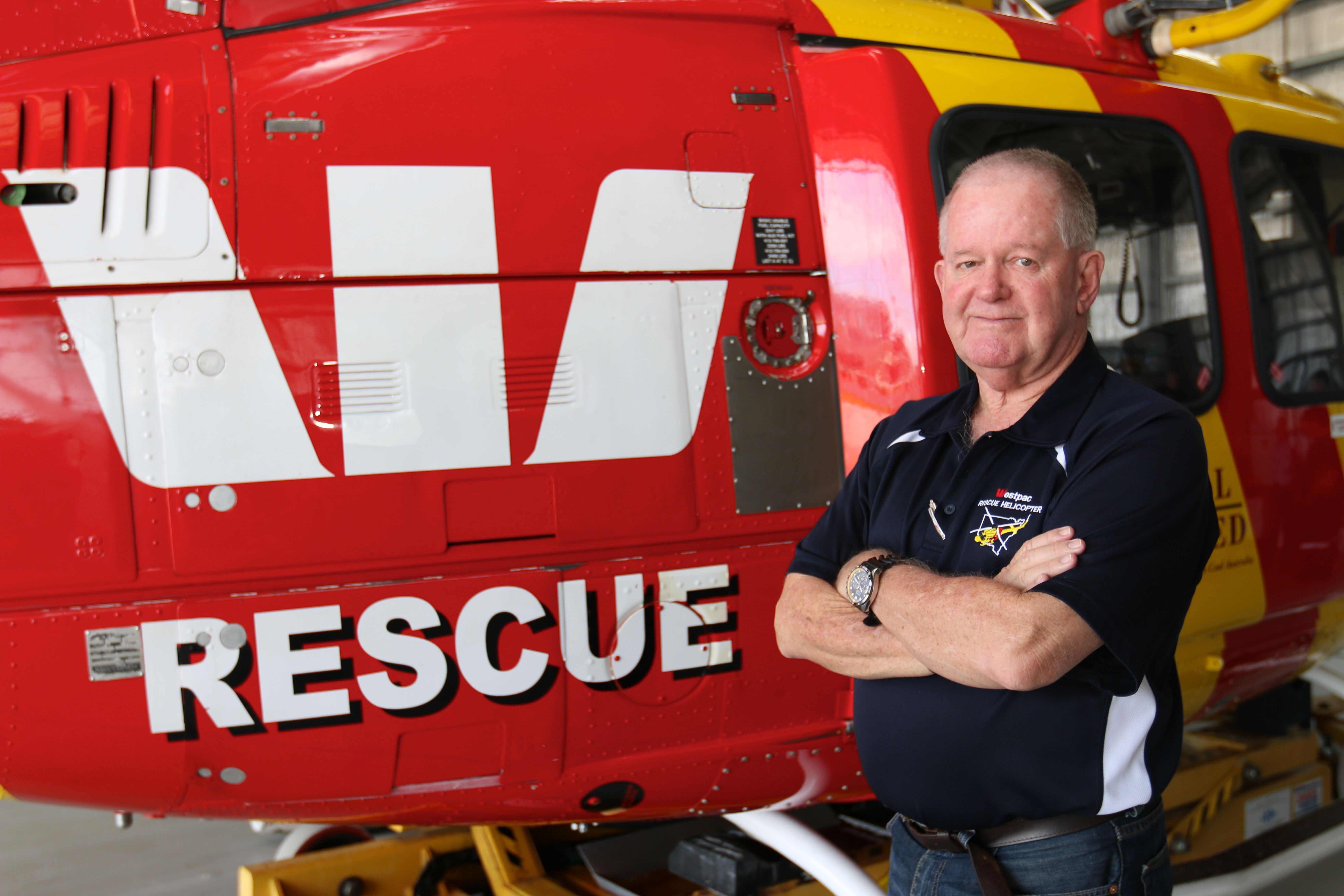 After more than four decades of dedicated service, Barry Walton is taking his well-earned retirement from Westpac Rescue Helicopter Service.

Barry Walton is a bit of a legend here in the Hunter Valley, starting at the Westpac Rescue Helicopter Service back in 1975 as a volunteer crewperson and he has helped save thousands of lives since.

It’s clear to see the passion and enthusiasm Barry has for the service as he reminisces on an amazing career. “The ride has been amazing because when we started back in 1975 it was just a beach patrol service, no one was thinking about the future and what has transpired has just been amazing,” Barry said proudly.

From 1992, Barry was employed full time and started establishing the Service Volunteer network throughout Newcastle and the Hunter Valley. Today, there are many volunteers that make the Rescue Helicopter Service what it is today, thanks to hard working individuals like Barry.

Together with CEO Richard Jones, 1996 saw the pair begin to investigate expanding the Service to the New England North West (NENW) region. Tamworth was established soon after in 2000 and operates today with a team of dedicated professionals and volunteers.

Our good friend Richard Jones spoke very highly of this colleague and friend. “We have been so fortunate to have Barry as part of our helicopter family for more than four decades,” said Richard.

“Barry has a great faith in people and has always taken great pride in the way they have contributed to ensure the Westpac Rescue Helicopter Service has been able to grow with the community and upgrade to continue to be an integral and essential part of the emergency service chain throughout Northern NSW,” added Mr Jones.

Barry spent 14 years in the NENW and has made the move back to Newcastle to be with family and live out his retirement. He said “he had to stop and think about” what’s next for his retirement after a busy and rewarding career.

When asked about his favourite memories over the years he said, “I guess the unknown was the big thing, not knowing what’s going to happen next.” Spoken like a true man of the Service.

“I remember in the early days we had to do a Saint John’s first aid course at Broadmeadow and in the 3rdweek 20 surf lifesavers were shown a film on childbirth…8 walked out that day and never returned,” Barry laughed.

Barry spending hours travelling, working with regional towns and individuals and driving the value of the Service has been instramental to where the Service is today.

It is clear that everyone at the Rescue Helicopter Service is extremely grateful and proud of Barry, and on behalf of us here @ The Coalface, we thank you for your service mate. Happy retirement.