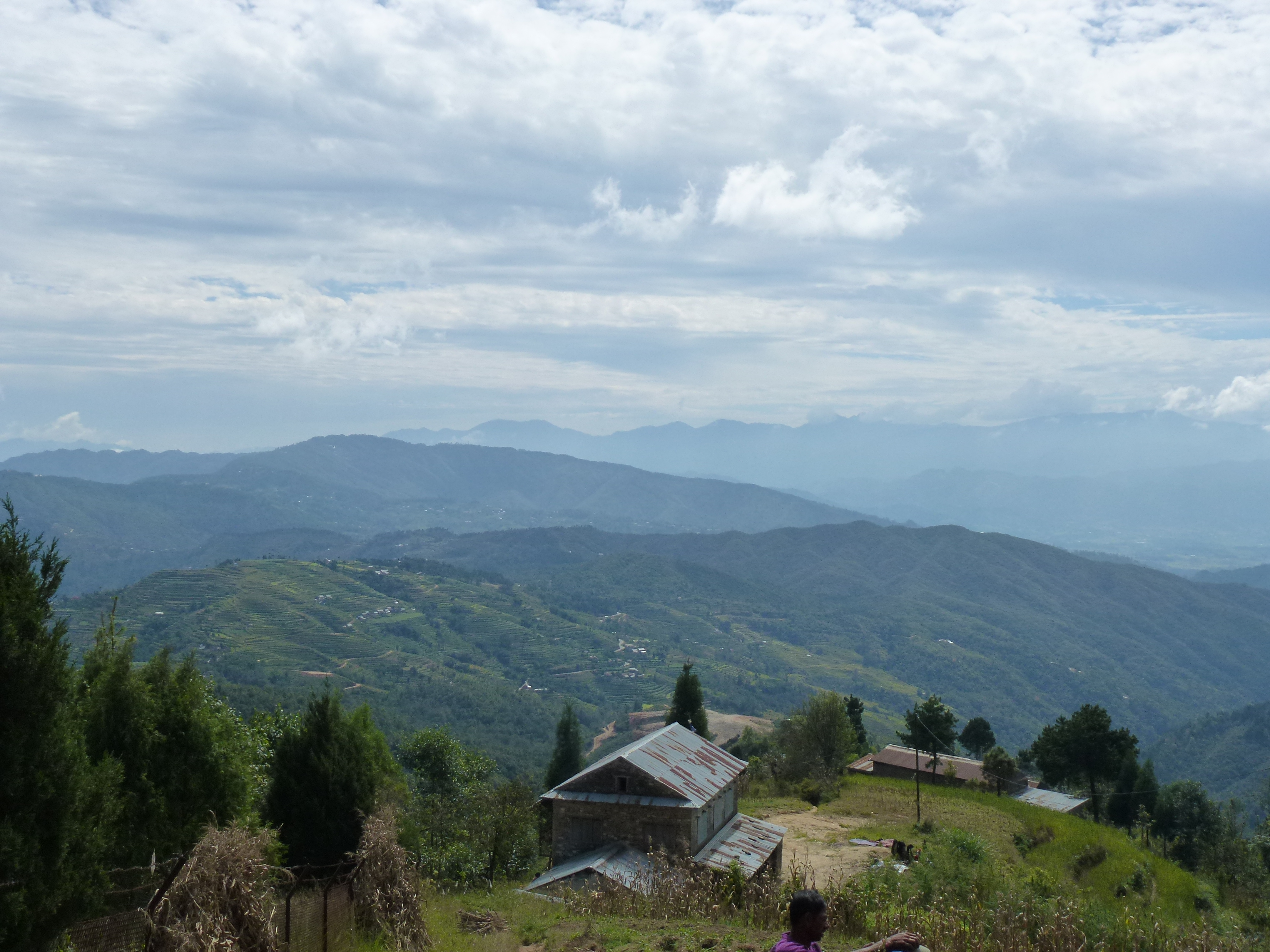 Arriving in bustling Kathmandu, Nepal, from relatively sedate Singleton is a bit of a shock to the system.

In fact, you could be forgiven for thinking your adventure has actually begun when you step out of Tribhuvan International Airport and have to cross the road to get to your hotel – through six lanes of traffic. I say ‘lanes’, but there are none. It’s unregulated and you cross at your own risk between brightly painted buses, legions of vans, and countless motorbike riders who weave confidently (and recklessly!) through the gridlock.

I’m part of a group doing a cultural tour of Kathmandu, followed by a short trek to the village of Chisopani in the Shivapuri Nagarjun National Park. An area that covers the northern part of the Kathmandu Valley.

Kathmandu itself is fascinating – and sprawling. Although its population is only a bit over a million people, its narrow streets and alleys still feel busy, especially in the popular shopping district of Thamel. Here tiny shops are squeezed together and their merchandise crowds the footpaths – all the better to tempt the tourists.

It’s also known as the ‘City of Temples’, and Kathmandu has hundreds. Places of Buddhist and Hindu worship range from small shrines on street paths to grand, World Heritage listed structures called ‘stupas’.

But it’s the Kathmandu Valley we’ve come to see, and a short bus ride (thank god I’m not driving!) of just under an hour gets us to the village of Sundarijal, – the gateway to the Shivapuri National Park.

Our destination is Chisopani – a small Sherpa village about 2100 metres above sea level. There’s a small hut at its entrance where visitors have to present their passports and pay a fee. Between that and the two army guards who flank the gate, it’s like a border crossing! A more welcoming sign describes the wildlife that can be found in the park. Himalayan Black Bears and Clouded Leopards anyone?

Having cleared ‘customs,’ we are free to enter the park and begin to climb the steps. The many, many steps that lead up into the lush, terraced foothills that form the sides of the Kathmandu Valley. I should probably come clean and admit that we aren’t carrying anything much. Guides are included in the price of the tour and they do all the heavy lifting, which means that people of varying ages and fitness levels are able to make the journey.

The track alternates between flights of steps and packed earth. Thousands of treading feet have worn the path to a smooth finish that makes the going easier and the higher we climb the better the view of the Kathmandu Valley below. There are several tiny settlements to pass through before we reach Chisopani, most consisting of a handful of traditional Nepali stone and mud houses.

But the best view of all comes later in the afternoon as the track widens out to reveal the snow-capped peaks of the Himalayas against a bright blue sky. That view alone is worth the trip to Nepal.

We reach Chisopani about five hours and twenty-two kilometres later, and – tired as we are – it’s instantly enchanting. Its name means ‘cool water’ in Nepali and as the evening draws in the whole village is wrapped in fog.

Our accommodation for the night is the catchily-named ‘Lama Dorje Lakpa Hotel and Lodge’. Its rooms are basic but warm, there’s good food, and in the small bar downstairs they serve Everest beer. I mean why not?

The following day – regretfully – we make our way back down the hills and back to Kathmandu. Our trip is over; it’s time to fly home. But I think it would be well worth another, longer trek in the future. After all – I never did get to see a Clouded Leopard.