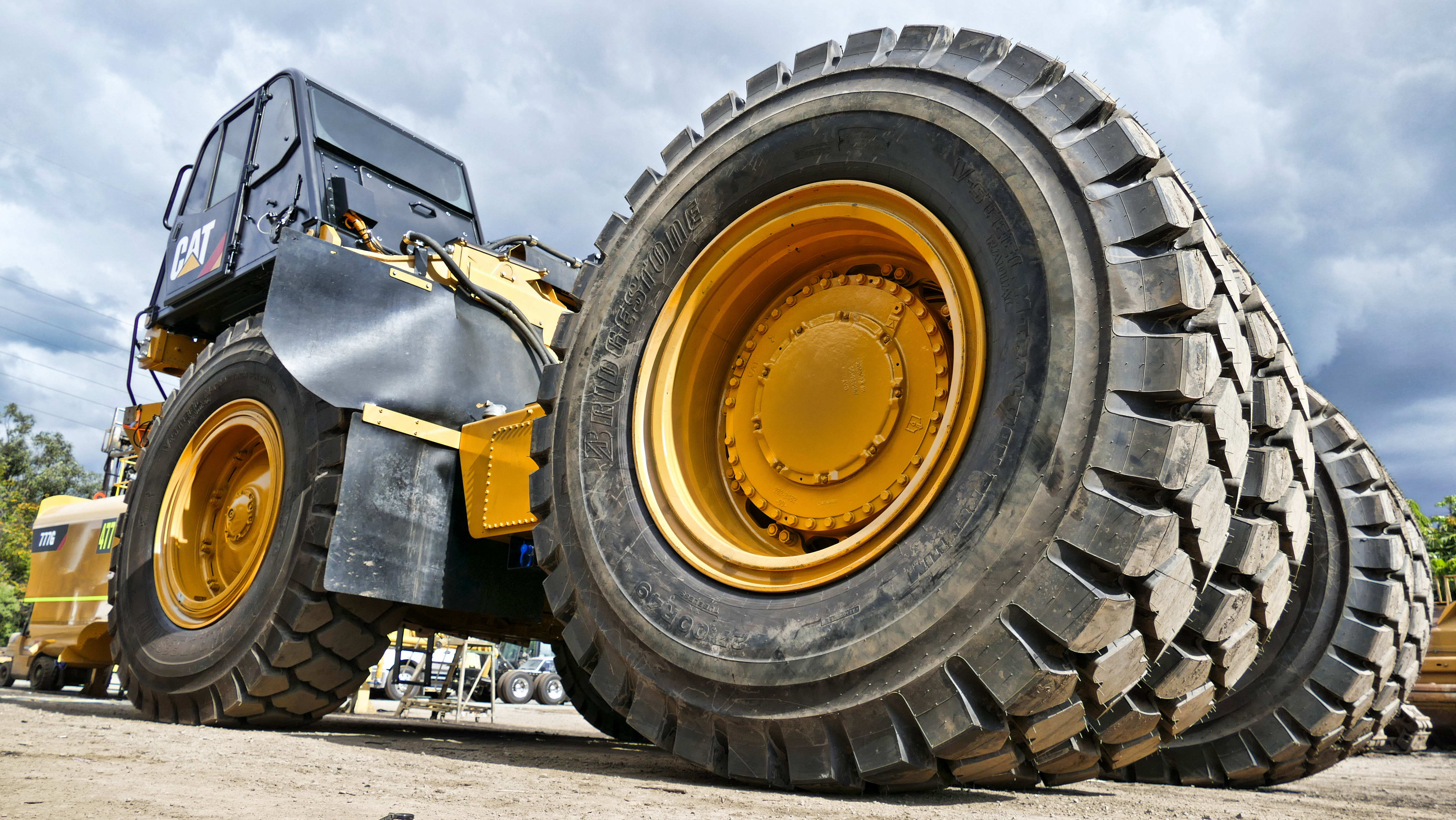 Weighing in with an operating weight of a little over 160t, the rigid body Caterpillar 777G is now considered the minnow of most mining fleets.

A versatile truck, this off-road hauler is equally at home fitted with a water tank or service module as it is being utilised for mud removal or hauling topsoil.

Such is the scale of mining today that this truck by rights almost classifies as a civil size machine and can often be found in quarries and (increasingly) large infrastructure projects. Paired with a Cat 992K Wheel Loader, the 777G can be a potent tool offering operators flexibility in tight working areas matched with comfort, efficiency and most importantly safety.

Released in 2012, this machine features several upgrades and advancements over its F Series predecessor. Not surprisingly, many of these features relate to the technology that underpins the truck’s increased fuel efficiency and safety features.

Immediately recognisable with its bold black vertical square radiator (previously a sloped bull nose cowling in the F Series trucks), the 777G has introduced a new front frame design that increases the approach angle on ramps and grades. With hydraulic oil-immersed disc brakes now standard on all four corners of the truck, this truck offers enhanced braking as well as a traction control system able to differentiate between tire spin and high-speed turns that now activate at lower speeds.

As is the theme with most recently released Caterpillar machines the hydraulic oil filter life has been extended to allow 1000 hour service intervals under normal operating conditions with this unit also incorporating a heavy-duty rear axle housing permitting increased lubrication and filtration of critical components.

With operator comfort a clear design consideration in this Series truck, the redesigned cab is easier to enter and exit and features new operator seat with a more comfortable trainer/’dickie’ seat on the right. A laminated windshield and left side window increase occupant safety and contributes to 50 percent less sound compared with the 777F.

As the flag bearer and undisputed champion in the 100 tonne category, the 777G locks horns with Komatsu’s 785-7 Dump Truck and more recently Liebherr’s T236 Mining Truck that sports a diesel electric drive system.

With a rated payload of 89.4t and an array of tray options available, the 777G has a heaped capacity of 60.2 cu/m in its standard configuration that when hauling lighter weight materials can be increased through to 126 cu/m with the addition of hungry boards and/or the use of light body trays.

Introduced in 1974 and spanning a multitude of industry sectors this flexible stalwart remains (outwardly) largely unchanged, speaking magnitudes to Caterpillar’s original design. Already well entrenched in the Valley, this model truck shows no signs of ending its illustrious run and I suggest will be around for many years to come.