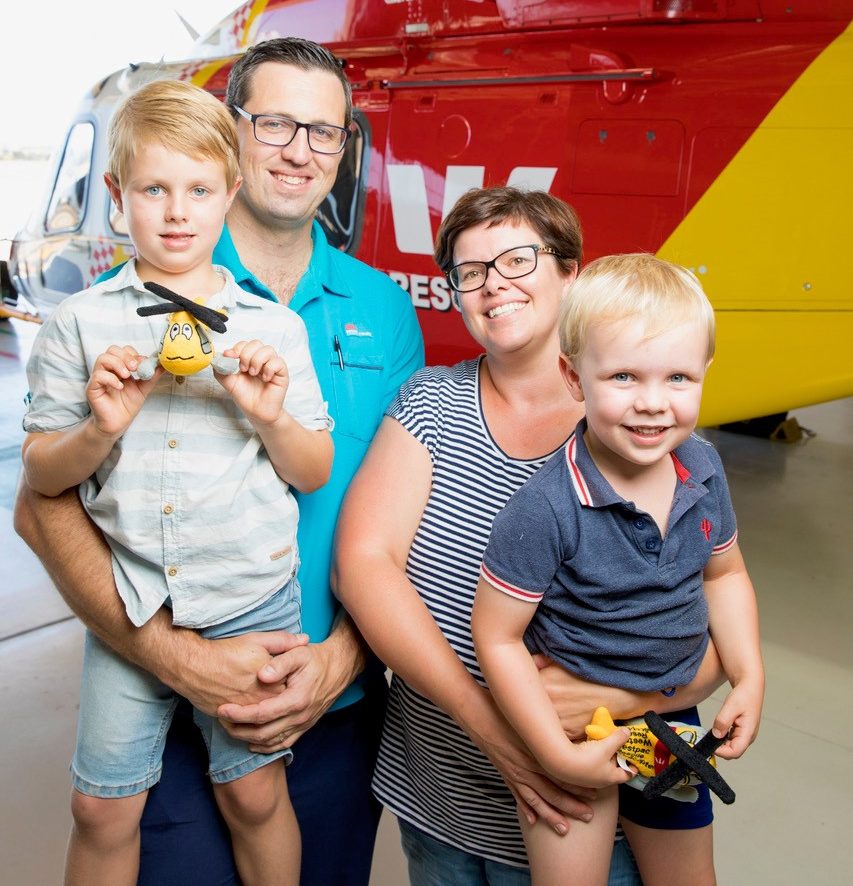 We all know what a vital service the Westpac Rescue Helicopter Service provides. No matter where you are or who you are, the Service will be there.

Chris and Hana Skilton will always remember the day the helicopter flew into their lives. Elijah was Chris and Hana’s first born, and while he appeared picture perfect, four hours after he was born, he stopped breathing.

“As a first-time mother, it was so scary to know something wasn’t right, we felt so helpless. He stopped breathing, turned grey, and had to be roused. We weren’t sure what was happening,” Hana said.

With Tamworth Hospital unable to provide Elijah with the specialist care he needed; the newborn was transferred to the John Hunter Children’s Hospital in Newcastle by the Rescue Helicopter.

“It was pretty awful seeing him in that condition, but we were also very reassured when we found out he was going to a hospital that could care for him more effectively, and we knew he was in good hands with the chopper,” Hana said.

The Skilton’s then faced a lengthy, anxious time as they made the journey to Newcastle by car.

“The Service called and reassured us that he was fine when they touched down in Newcastle. This was amazing to have such thoughtful support when we were still so far away,” Hana said.

The couple were soon told their little boy had a subarachnoid haemorrhage, also known as a bleed on his brain, which thankfully overtime resolved itself.

Nowadays, Elijah is a thriving, healthy six-year-old who is well aware of the day the Westpac Rescue Helicopter Service flew into his life.

“A friend made him a member of the Rescue Club as a birthday present and we’ve visited the Tamworth Base, so he knows about the service that gave him special care when he was born,” Hana said.

“Both Chris and I work in the medical field, so we see the helicopter arrive at the hospital all the time, and it’s a reminder of just how very lucky we are as a community to have access to the lifesaving service.”