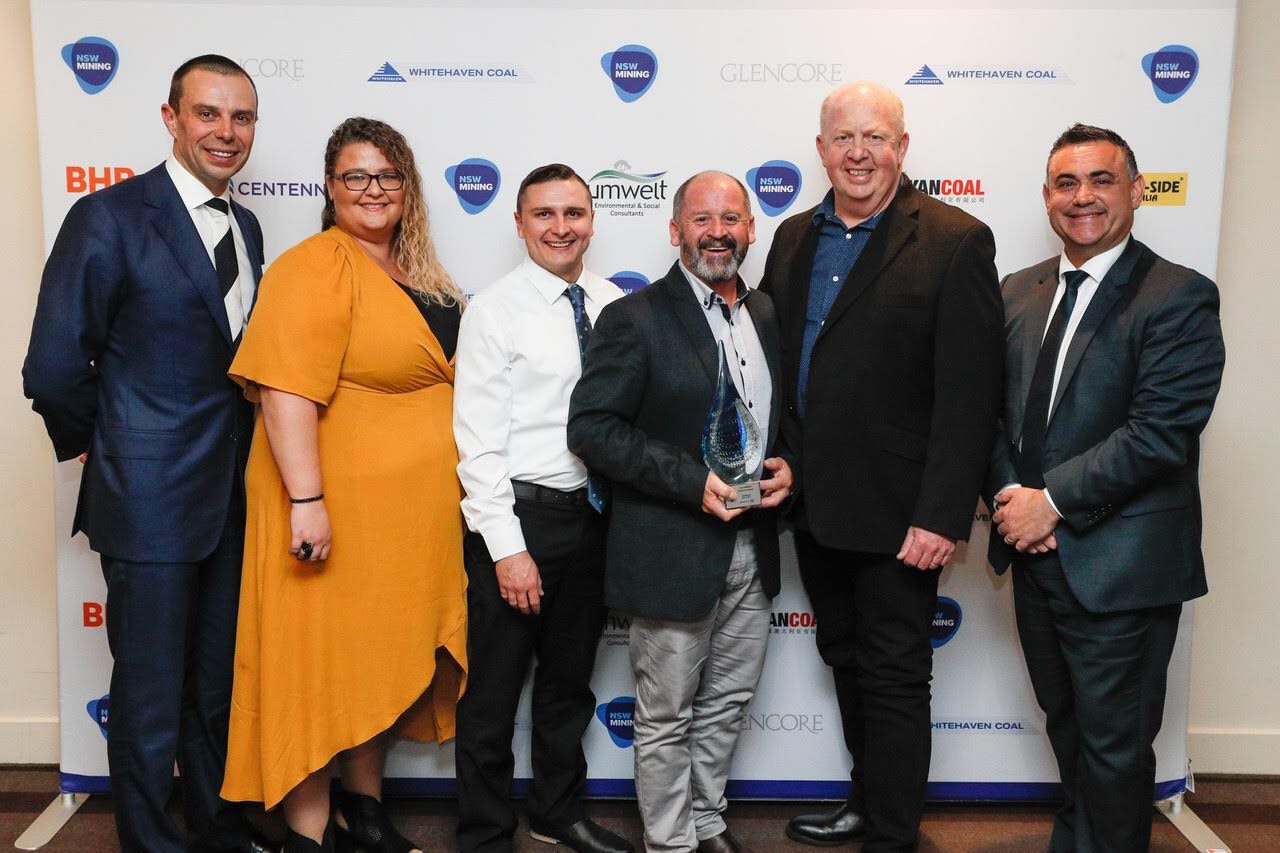 Over 500 people from across NSW were in attendance to celebrate excellence and innovation in NSW mining and to hear the winners announced on August 5 at Crowne Plaza.

“It was great to see our Award winners recognised by so many of their industry peers,” said NSW Minerals Council CEO Stephen Galilee.

“All our finalists were of a very high calibre, and on behalf of the NSW Minerals Council I congratulate them and all of our Award winners. The excellence and innovation recognised by these Awards are an important part of our industry’s determination to deliver better outcomes for our industry, our workforce, and our local communities.”

Centennial Coal’s Myuna Mine in west Lake Macquarie employs over 250 people. The mine uses the herringbone mining system, part of which requires a mesh strap to be attached to the ceiling every 1.5 metres to hang ventilation tubes.

However, Centennial found that this method led to an increase in shoulder injuries which, in turn, led to delays in production.

In an effort to address these issues, the Myuna Innovations Team met with its workforce to develop an alternative approach, which led to the ‘Monorail Bracket System’ that hangs down from the mine ceiling, eliminating the need for miners to install anything above their heads.

The elimination of mesh, in favour of the brackets, drastically lowered operating costs by around $500,000 a year, increased productivity and, most importantly, enhanced the health and safety of Myuna Mine’s employees.

Located in the Southern part of the Gloucester Basin, Yancoal’s Duralie Coal Mine has identified a marvellous way to protect endangered and native fauna through the use of Nest Boxes.

Large areas within the Gloucester Valley have been cleared through logging, leading to a loss of native vegetation and damaging the biodiversity in the area. This has meant a lack of hollow-bearing habitat in trees for local fauna, as the majority of the vegetation is regrowth and too young to contain hollows for fauna to live in.

To fix this problem, as part of their biodiversity offset strategy, the team at Duralie developed an idea to build artificial nest boxes which provide a habitat for a range of endemic native birds and mammals.

Running since 2012, the Nest Box Program has exceeded expectations, with a plan to expand the program to accommodate more species.