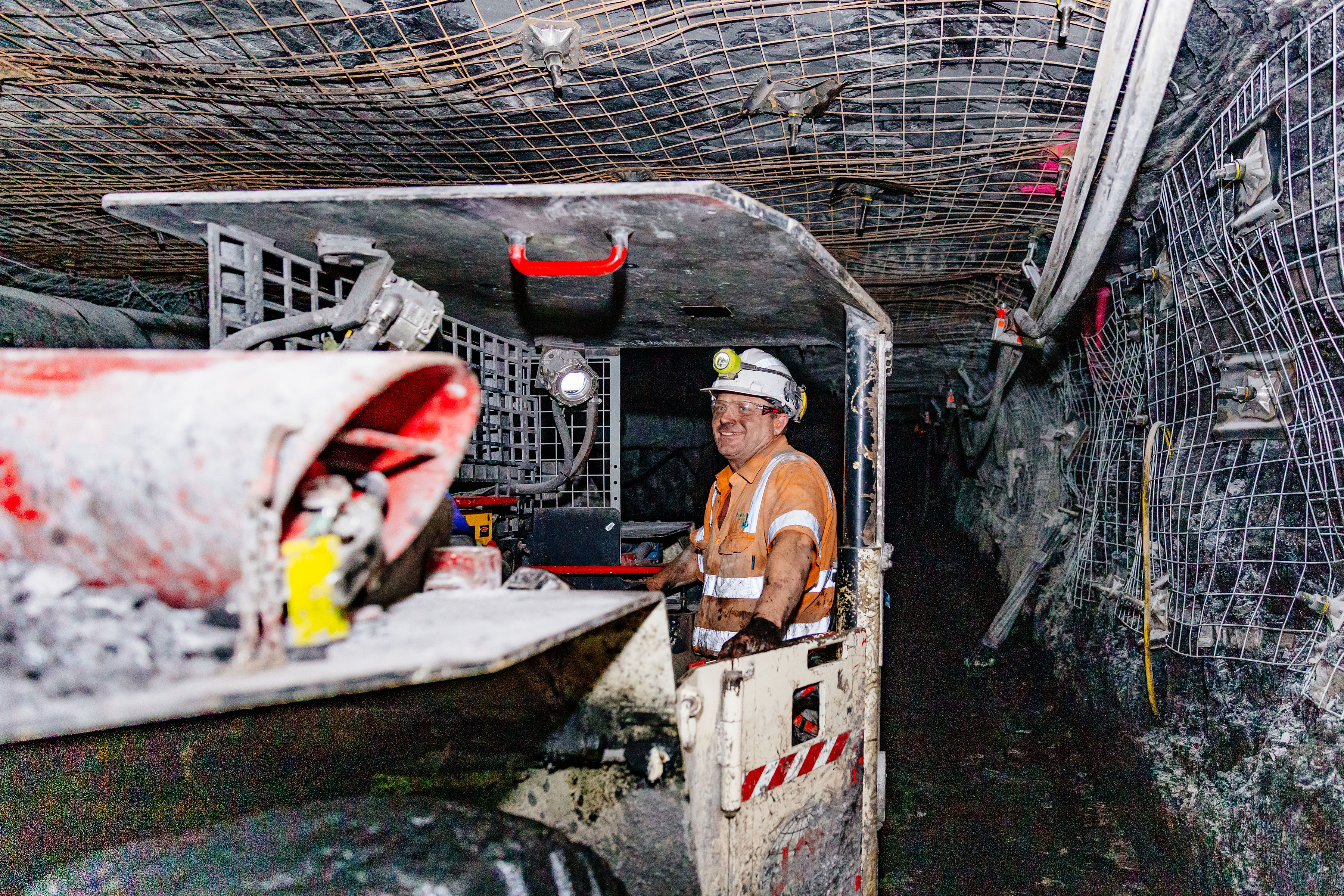 This month we got down and dirty at Glencore’s Integra Underground Mine.

Integra Underground Mine, formerly known as Glennies Creek Colliery, was established in 1999 with the first longwall mining commencing in the Middle Liddell seam in 2002.

Then in 2014, the operations were placed into care and maintenance after the completion of Longwall 12 and with the downturn in the industry, the general consensus was it was the end of the road for the mine.

But it turned out the main act for this mine was still to come.

In August 2015, Glencore and Bloomfield signed agreements to acquire the Integra Coal Mine complex from Vale S.A, with Glencore acquiring the Integra Underground Operationsand associated mining leases, while Bloomfield took ownership of the Integra Open Cut Mine together with the wash plant and rail loop facilities.

When Glencore took over the reinsthere were no immediate plans to reopen the underground operation however with an upturn in coal prices the decision was made to recommence operations. The original proposed mine life was only for two years based on the existing longwall and a partly developed longwall. But with hard work and investment, Integra has plans to operate out to 2023.

It’s a success story that’s only possible because of the team of passionate people that work there. A team of over 200 people that have gotten behind an Operations Manager who is as passionate about his job today as he was when he first started. That man is Peter Ostermann, who not only manages a first-class underground mine operation, but as I discovered is also a bloody good tour guide!

“We love the opportunity to show people what we do here,” says Peter proudly.

“It’s hard to describe what it’s like underground, you really have to experience it for yourself. The team we have here are so proud of what they do, and the future they are creating for themselves, their families and the region.”

For over 10 years I’ve been avoiding going underground, so when @ The Coalface was invited to visit this top-notch operation and I drew the short straw, I admit to feeling some trepidation as I’m not good with confined spaces. But to be honest I really had no idea what I was in for. As Peter told me, you can imagine what it’s like underground all you want, but nothing is like experiencing it.

First up are the safety inductions and precautions. There is an absolute focus on safety, beginning with the induction process. Each step is taken seriously and is a reminder that there are many risks underground that need to be controlled for the job to be done as safely as it is.

“Safety is always first here,” says Peter as he double checks my gear. “We have a good safety culture and performance and we are dedicated to keeping it that way. Nothing is more important than keeping our workers safe. And, of course, visitors,” he adds with a grin.

Then my underground journey begins.

The transporter enters through the cavernous opening and into the bowels of the earth and it’s an otherworldly experience. Where I had expected it to be claustrophobic, the tunnel is surprisingly large, and the ventilation creates continuous air movement, which safely removes gas while helping to alleviate the oppressiveness.

Which is not to say it’s not incredibly eerie. It’s dark, a little smelly and dirty. But it’s also strangely exhilarating and after 20 minutes or so we reach the longwall at a depth of 500 metres.

Peter gives us some more instructions before I walk along the pontoons of the 250m wide face supported by 143 roof supports. Seeing the longwall in action is mesmerizing. Integra currently uses a Uni-Di cutting method and are currently operating a CAT Evo 2000 Shearer, which makes quick work of the coal seam. Up to two and a half thousand tonnes of coal makes it way out on the belt every hour at peak output. It really is a sight to behold.

As we head back into the sunlight, to say I have a newfound respect for underground coal miners is an understatement. I’m not ashamed to say it’s a job I could not do. Yet judging by the smiles and laughter I saw all the guys here love their work.

Back on the surface, I meet with Keith Simkin, a key member of Integra’s environment and community team. Like everyone else I met, Keith is proud to talk about the work his team does in managing the mining surface area, and the important role the mine plays in safely extracting coal while being a valued member of the community. Keith told us how it’s often one of the workers who comes forward with a project to get involved with in the community, such as the sponsorship of the Singleton Town Band in 2018.

As an underground mine, rehabilitation and environmental management may be considered less of an issue than open cut mines, but Keith says it remains a high priority. “We do a large amount of monitoring including air and water quality, noise levels, subsidence effects, weather conditions, flora and fauna and rehabilitation areas and we are always looking for ways to improve our environmental management in the future.”

And that future is looking positive for a mine that was once thought to be finished.

Integra are currently rolling out a capital improvement program of over $60 million which will see work including new conveyor belts, water and ventilation systems and other mine infrastructure.

A notable achievement in this program was recent completion of a 12-month, $3.5million recovery of a third drift, a significant milestone for the mine as the road is 2km long. A $30 million development of a third shaft for a new set of ventilation fans is also underway.

“With continued improvements in site performance there is a lot to look forward to,” says Peter. “This business continues to improve month to month and year to year, but we understand that there is still a lot of work to do.”

“Workforce input and ownership has been important in repositioning Integra for a bright future. Part of that conversation has been introducing a roster that aims to achieve a better work lifestyle balance for everyone.”

“I’m proud of what we have achieved in our operations here, proud of our safety performance, but most of all I’m proud of the people who are committed to creating the future we know we can have here.”