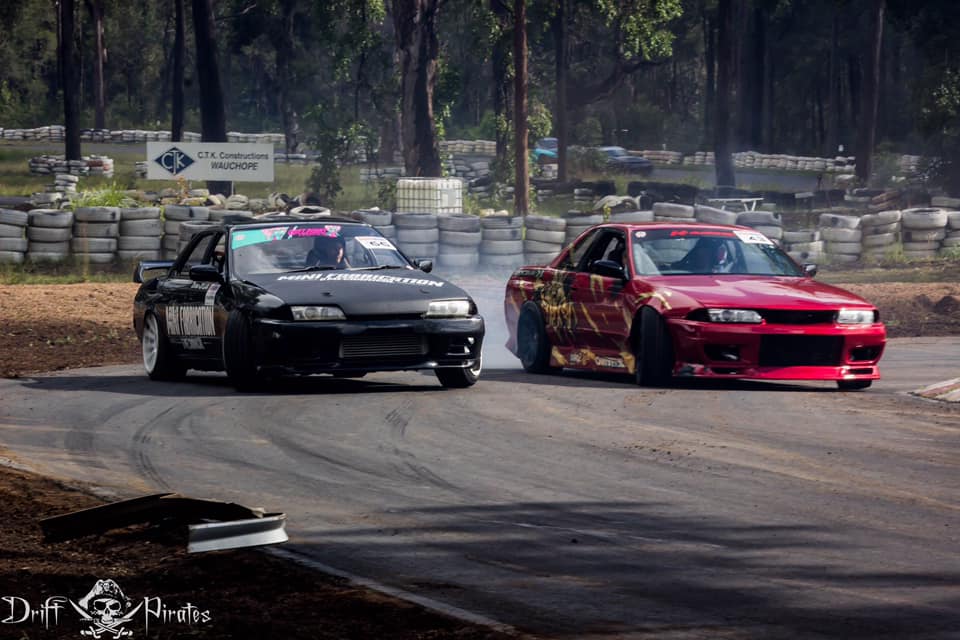 From BMX to drifting, 25-year-old Jack Gibbons lives for the adrenaline rush and thrill of getting behind the wheel.

We’ve seen it in movies, we have seen teens chuck the odd sneaky burnout in the streets, but Newcastle’s Jack Gibbons has made drifting his lifestyle and his love for the sport is inspiring.

In Jack’s words, “Drifting is the art of controlling a car that is completely out of control and making it look beautiful…the rear wheels don’t have traction while the car is out sideways.”

“You control it by accelerating, clutch kicks, handbrake and footbrake while steering, most of the time you are doing multiple things at once to get the perfect line and angle.”

“The whole time there is lots of smoke and noise and in my eyes, this is the coolest thing you can do in a car and that’s why I love it,” Jack added.

Dabbling in drifting from the age of 17 to 22 on the streets (Jack assured me this was always in a safe environment) he then started doing track days and then jumped into competing.

Last year he grabbed a couple of podium finishes in the Coffs Harbour Speedflow drift series, despite engine dramas throughout the year. This year saw Jack take top place in round 1 and top 8 in round 2 and he can’t wait to keep the ball rolling for the rest of the year.

His next competition will be at Queensland Raceway on August 17, with two practice days in Goulburn and Eastern Creek in the coming weeks.

“Competition is set out in battles of two cars at once, it’s not a race and 90% of the time you will come away with a damaged car, the joys of being a panel beater,” chuckled Jack.

“In one day drifting (providing the car holds up) I will go through 10-20 tyres and use about 2 tanks of E85 fuel and the tracks I go to are anywhere from Mount Gambier to Brisbane, the bigger power cars will chew through more,” he said.

“If I’m not drifting I’m travelling, fixing the car, changing tyres, buying car parts or celebrating a good event or drowning my sorrows after a bad one with a few beers,” added the car enthusiast.

Admitting to his competitive nature, Jack always aims to be the one who does the coolest run and goes the hardest, pushing the limits at every comp.

“It is extremely expensive and stressful getting to events but in my eyes totally worth it just for that couple of 30 seconds of doing something amazing on a track with good friends that share the same passion.”

The ultimate dream would be to travel the world drifting tracks with a car built by sponsors, but for now Jack says he just wants to get through the weekend without breaking anything.

If like me you have never seen a drifting competition in person, I suggest you head down to cheer Jack on in the upcoming months. He’s sure to put on a show.