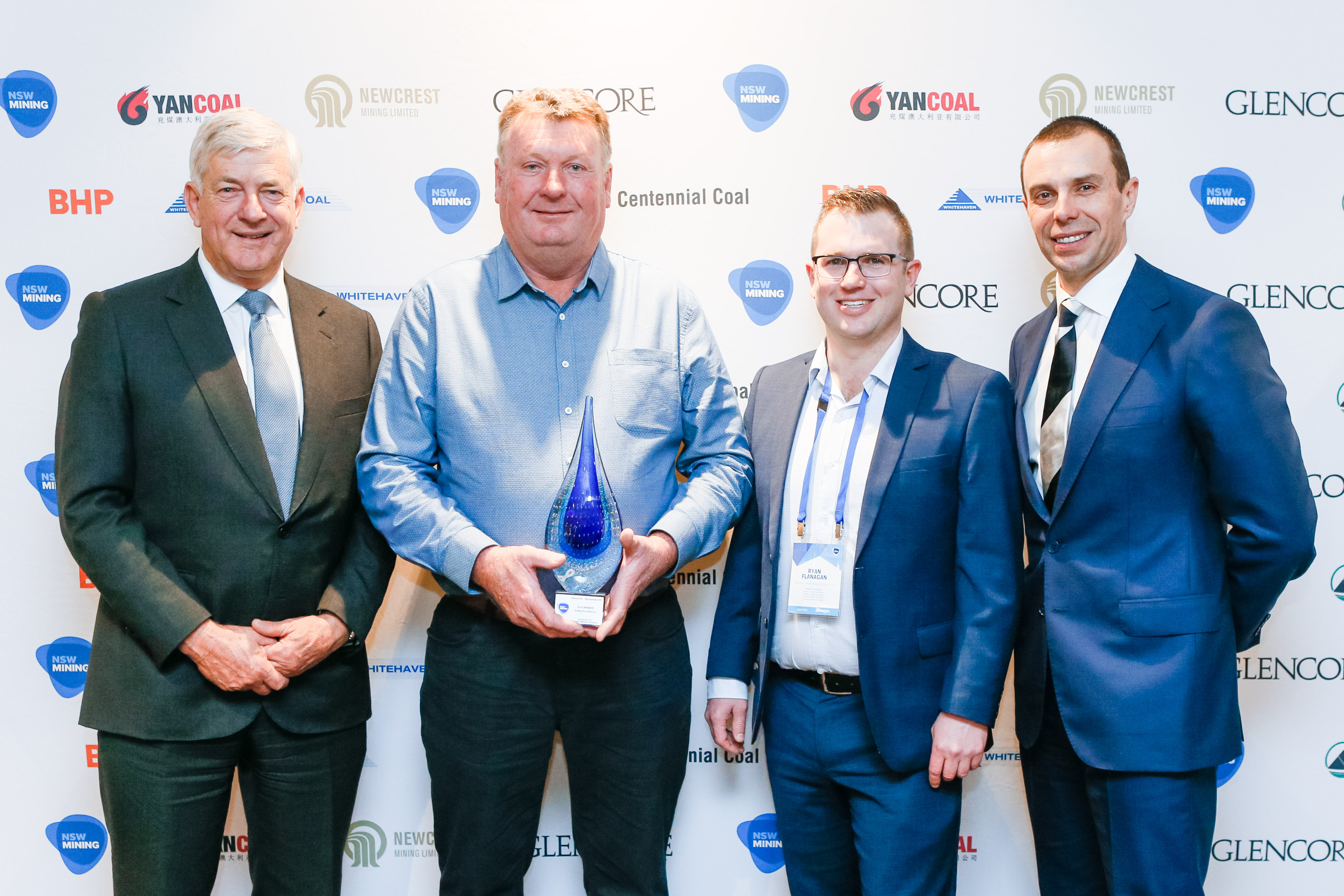 The finalists for the NSW Minerals Council’s annual Health, Safety, Environment and Community Awards have been announced, showcasing some of the industry’s top innovators and corporate citizens.

The mine implemented the “GuardVant OpGuard Fatigue Monitoring System” on the 54 haul trucks on the site, which monitors and alerts the operator if it detects fatigue. A review six months after the system was implemented found a 450% increase in operators taking breaks to avoid fatigue and the success has resulted in the installation of the GuardVant system in haul trucks at all Glencore Coal Australia open-cut operations.

In response to reports of foot, ankle and leg pain, a team of industrial designers, specialised manufacturers and traditional rubber boot craftsmen led by Gunnedah-based podiatrist Penny Crawford developed the WedgeTech Personalised Lock-Fit System. The System works by locking the foot into a stable position into the boot and has been a resounding success.

To reduce shoulder injuries Centennial developed the ‘Monorail Bracket System’ that hangs down from the mine ceiling, eliminating the need for miners to install anything above their heads. The elimination of mesh, in favour of the brackets, drastically lowered operating costs, increased productivity and, most importantly, enhanced the health and safety of employees.

After a rolling R29000 bucket dislodged a crane travelling beam from its rails during maintenance causing it to collapse, the team at Cadia Valley Operations designed and built a Bucket Rotational Stand. The manoeuvrability of the bucket in the Rotational Stand allows maintenance personnel safer and more effective access to work areas, eliminating the need to climb on top of the bucket or work in positions that are ergonomically challenging.

Northparkes has proudly supported the White Ribbon Campaign since becoming the first mine and one of the first private businesses in Australia to become a White Ribbon accredited workplace in 2016, joining others organisations committed to preventing and responding to domestic and family violence.

Boggabri Coal Mine has worked closely with the traditional owners of the land, the Kamilaroi people, to provide an educational resource that can be used by all Australians to improve their cultural awareness and understanding of the Kamilaroi Nation.

Whitehaven Coal’s use of ecological burns in their approved Biodiversity Offsets for its Maules Creek Coal Mine is demonstrating leading practice for the dual purpose of ecological restoration and bushfire hazard mitigation.

Large areas within the Gloucester Valley have been cleared through logging, leading to a loss of native vegetation and damaging the biodiversity in the area. To fix this problem as part of their biodiversity offset strategy, the team at Duralie built artificial nest boxes which provide a habitat for a range of endemic native birds, mammals and bats.