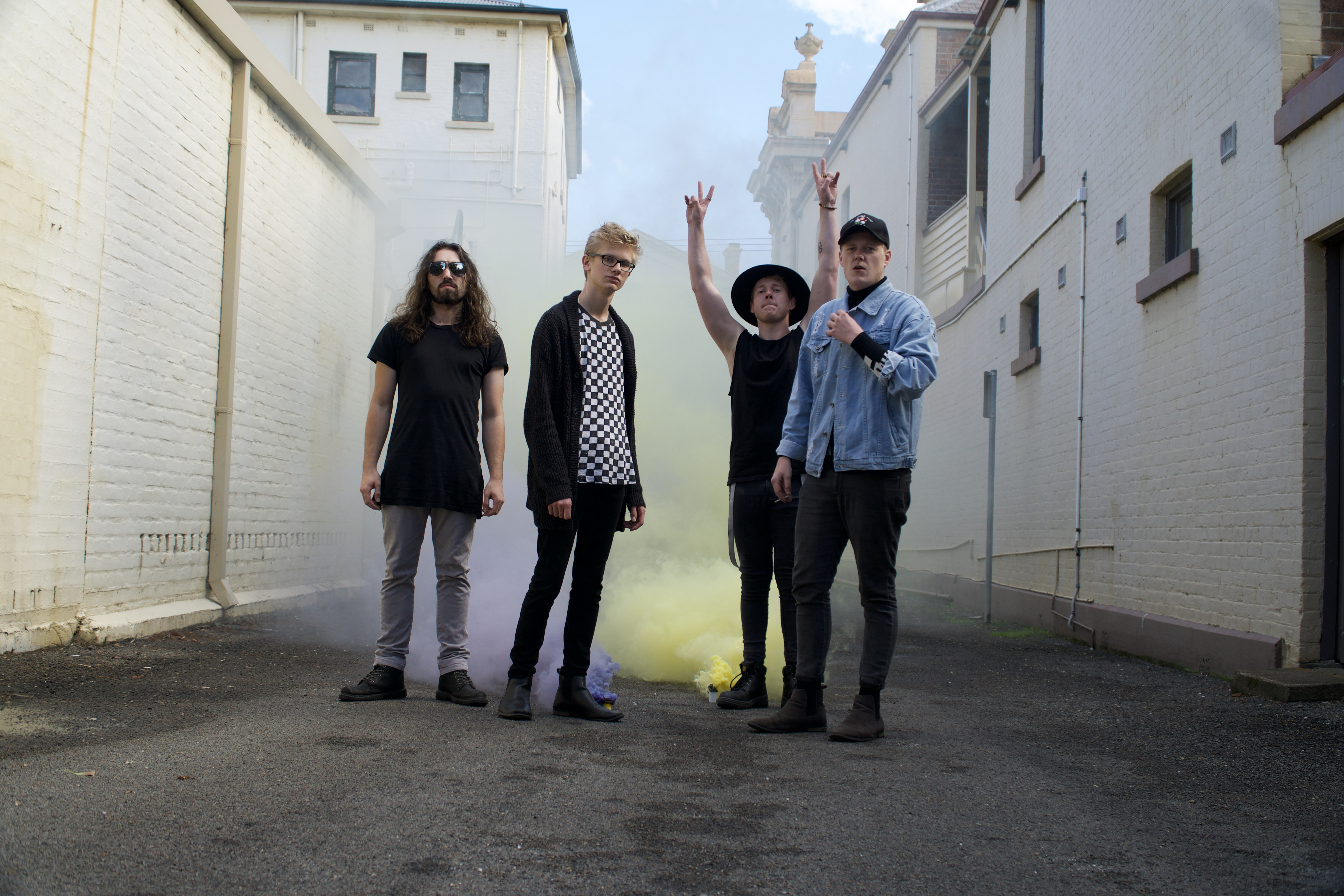 From the small town of Hinton in the Hunter Valley, Crawford is ambitiously dominating the music scene.

Founding members and brothers Ben and Zac Crawford alongwith Blake Simighean and Aiden Smith form a band now known as Crawford and have taken the national and international music industry by storm.

Recently making the top 10 of ‘Pop/Top 40’ in the International Songwriting Competition alongside famous artists like Amy Shark, Dean Lewis, Ruel and Vera Blue in 2018, it’s clear Crawford is one to watch.

The band also won the ‘Best Rock Song’ in the John Lennon Songwriting Competition with their song Feel in 2016 and represented Australia at the Global Battle of the Bands in Thailand in 2013. We don’t have enough room to list all their achievements, but you get the idea, they’re good, really good.

Once known as The Crawford Brothers, the group recently made the decision to shorten the band name to Crawford (“Van Halen style” as Ben puts it). “It keeps it simple, looks way better on print and people won’t immediately assume that we’re a country group, with the ‘Brothers’ thingy majiggy…We also wanted to further acknowledge our band members and make it more about a group/bond of musicians as opposed to just the Ben and Zac show,” Ben added with a chuckle.

Currently doing a mix of shows as a 4-piece and 6-piece band, artists Luke Bradbury and Mitch Lowe add the Trumpet and Trombone to the tour.

But it hasn’t always been smooth sailing for these talented artists. Ben said, “It’s been a major mental rollercoaster at times which is unfortunately a common thing amongst musicians.”

“Our first manager in the US is now facing life in prison…we then made a very naive decision to sign with a MGMT mob out of Los Angeles, yikes! Let’s just say it was like liaising with a rock,” Ben said.

Ben added, “’You honestly have to have the mentality of a UFC fighter in the current music industry…If not for our love of music, writing and performing I’d no joke be hands down working on the rail.”

But the stories that come from the touring life are definitely one of the highlights when chatting to the band. “I once threw up on stage after the first song when we were performing in London for a competition,” said Ben.

“I felt so bad for the band that followed straight after, my apologies to the band from Japan back in 2008,” Ben added with a laugh.

The group truly love what they do and it’s clear the absolute passion that Ben and Zac have for the industry. The brothers have been composing the musical score for an independent horror film ‘Unleashing Demons’ premiering July 12 at The Star Bar in Sydney whilst also writing new material for the band, playing shows, rehearsing and producing.

“Being able to express yourself in ways that many can’t, creating something from nothing, performing for people and showcasing your art is the best thing about what we do,” said Ben.

With so much success, the band still has lots of goals for the future. “Our goals are to continually improve as musicians and people, release more singles and drop a second E.P of all brand-new songs either late this year or early 2020,” said Ben on behalf of the band.

Their energy is insane, and their music even better so have a listen to Crawford and check them out at one of their next shows.