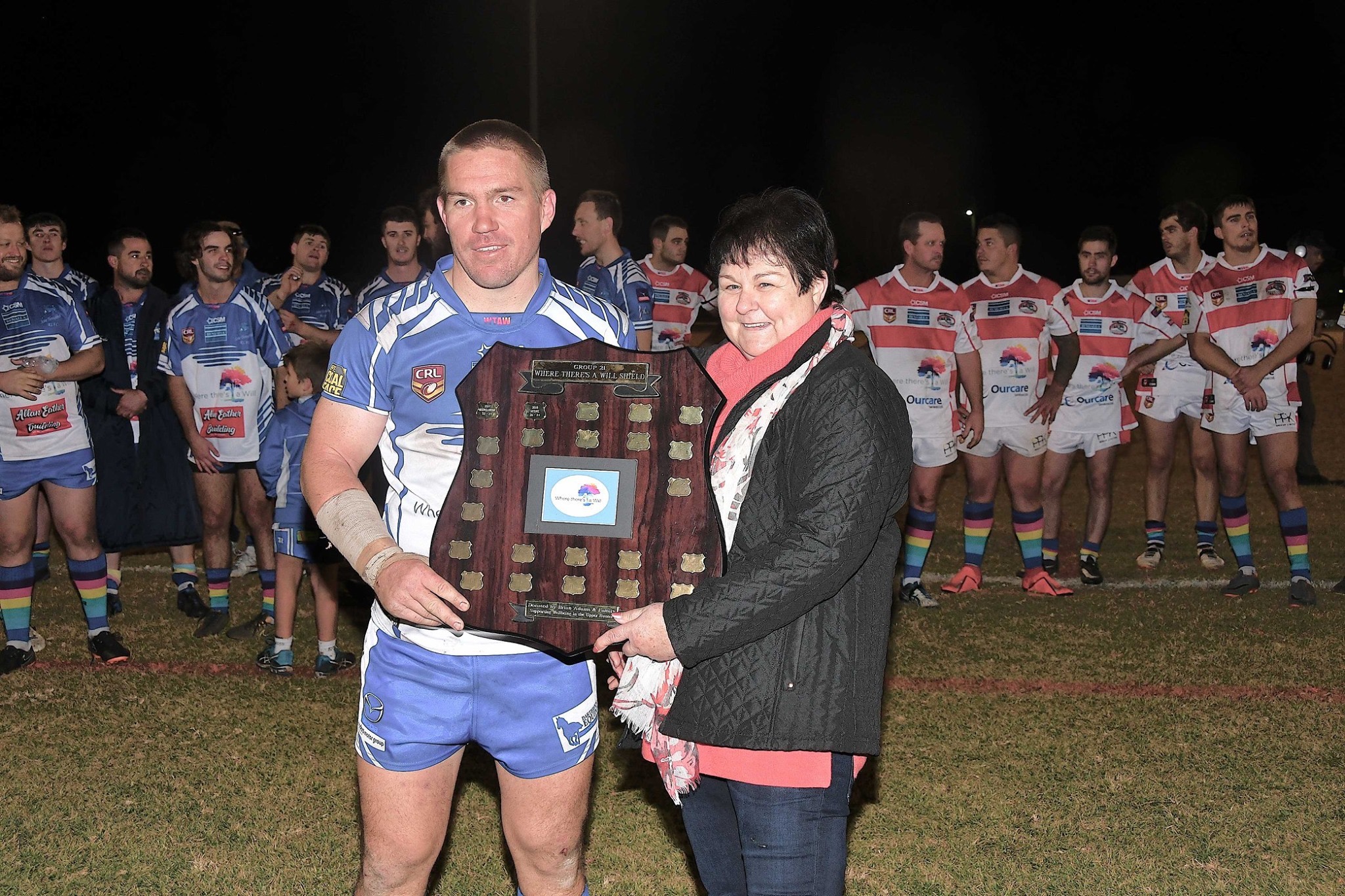 Group 21’s ‘Magic Round’ for Where there’s a Will was big, fun and a massive success. More than 3000 people passed through the gates of Thoroughbred Park in Scone on Saturday June 27 for the 35 games all featuring a Thoroughbreds team, from Under 6s right through to First Grade.

From 8.30am the grounds were a sea of colour as players from all clubs donned their special WTAW Rainbow socks and this enthusiasm was shared at other games right across the Upper Hunter over the weekend. After their early morning game in Scone, the Merriwa Magpies Under 8s continued spreading the message at McDonald Jones Stadium, wearing their WTAW socks in the exhibition game before the Knights/Broncos game on Saturday.

So far funds raised are well north of $50,000 thanks to jerseys auctions from Scone, Murrurundi and Aberdeen. $18,000 was raised through merchandise sales alone!

The final figure is expected to rise significantly with jerseys still to be auctioned in Muswellbrook, Singleton, Denman and Merriwa. Funds raised will go directly back into each of those towns, supporting the implementation of Positive Education programmes in the schools.

A bucket was also passed around to raise funds to support the Atkins family who lost three children during the house fire in Singleton last week and the Scone and Singleton First Grade teams paused for a minute’s silence before the main game to honour their memory.

A key focus for the weekend was encouraging parents, grandparents and carers to learn their Character Strengths as a way of improving wellbeing by taking the five-minute free online survey.

WTAW enlisted the support of former Group 21 juniors now involved in the NRL to help push the cause. Cade Cust (Thoroughbreds/Manly), Jock Madden (Thoroughbreds/Wests Tigers), John Morris (Thoroughbreds/Sharks) and Kerrod Holland (Greyhounds/Bulldogs) all shared their Character Strengths and explained how they use them as professional footballers in advertisements recorded for Power FM to promote Magic Round.

Group 21 stalwart Mick Reynolds was the key driver of Magic Round and he summed up the importance of WTAW’s work during a speech at Scone’s post-match function.

“My grandson Elliot doesn’t know it yet, but he is already ahead in the race to grow up Happy and Healthy because of Pauline Carrigan and WTAW. He is ahead because of the wonderful teachers that give up their time to train and implement Positive Education programs in our schools.”

“He is ahead because he is part of the Scone and Upper Hunter Community which is so generous with their time and their money to continue to fund this amazing Foundation called WTAW. It truly does take a village to raise a child.”

Bengalla Group 21 Ladders after Round 9