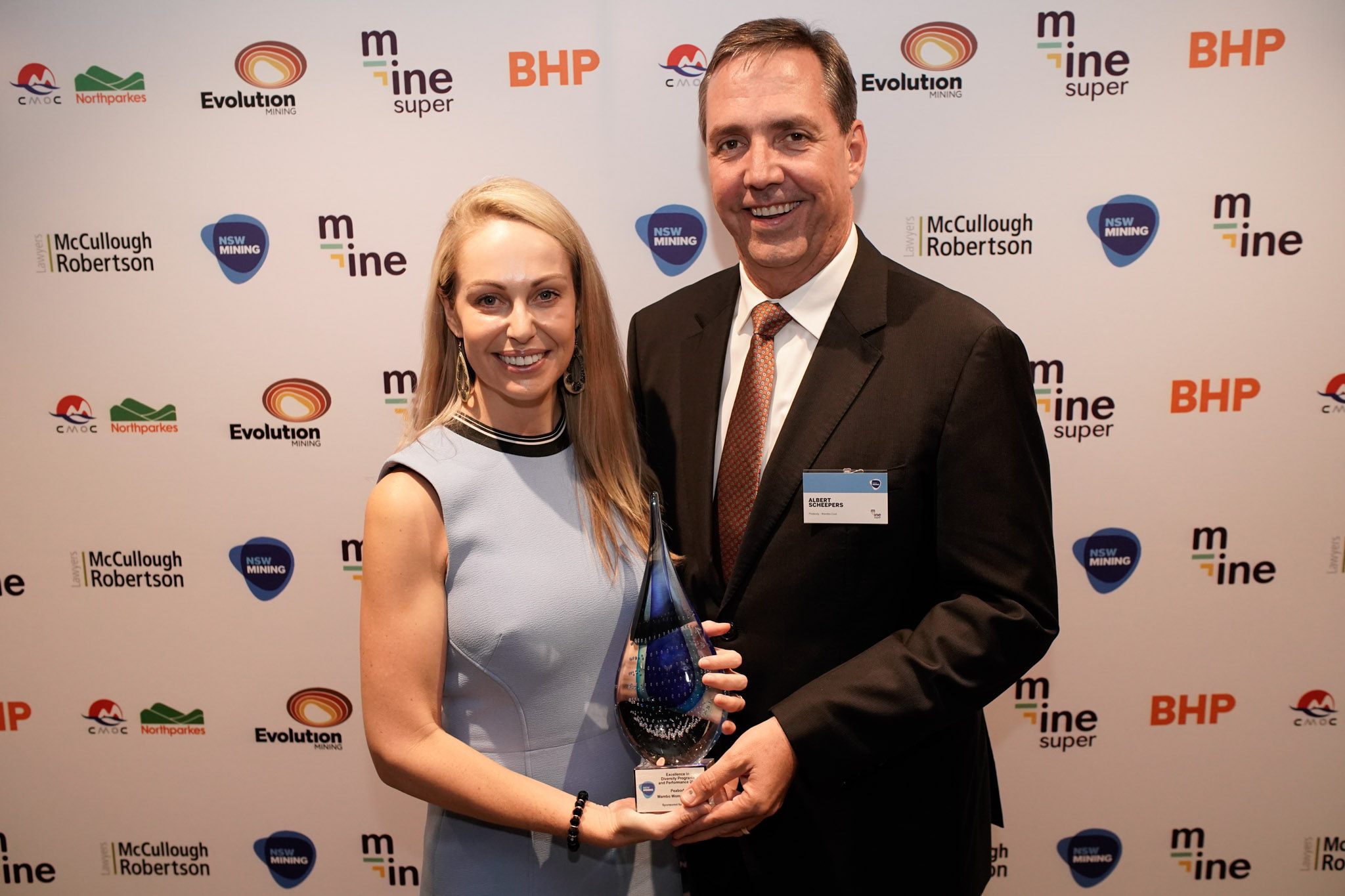 The 2019 Women in Mining Awards showcases those making an important contribution towards a stronger and more diverse mining sector and is an acknowledgement of the increasing role women are making in the industry.

Sarah commenced her career in mining as an Environmental Scientist in the remote Gulf of Carpentaria. Since then she has become BHP’s first female head of Health, Safety and Environment and first female member of the NSW Energy Coal Asset Leadership Team. She was accountable for delivering the State and Federal approvals to enable Mt Arthur Coal Mine to produce 36 million tonnes per annum – at the time, the largest approved coal mine in Australia. Sarah has been a mentor in the WIMNet NSW Mentor Program since 2016.

Starting off as a journalist, Brooke took a graduate role in the mining industry in 2011 and is now an Organisational Development Specialist at Northparkes Mines where she manages a number of programs to better connect the community with Northparkes. Throughout her career, Brooke has taken her role as a mentor very seriously, starting an onsite support group for female workers, running programs through the Northparkes Employee Pipeline and encouraging more women to think about careers in mining.

An active member of BHP’s inclusion and diversity council, Tim mentors a number of young women across BHP’s Mt Arthur site and one his main focuses is working with return-to-work mothers. Since starting at Mt Arthur in 2017, Tim has helped increase the indigenous workforce to 13 percent, increase the female workforce to 28 percent and has achieved a 100 percent retention rate of female employees.

Peabody’s Wambo mine is smashing the myth that mining is not appealing to women. Since 2018, Wambo has seen a 20 percent increase in applications from women and 40 percent of the successful candidates from assessment centres. This has increased Wambo’s overall female participation to 25 percent. To achieve this, the mine implemented a range of strategies including a centralised employment assessment centre, training for senior Wambo staff on diversity and inclusiveness, promoting STEM subjects at the mine’s school and university engagements.

As the only tradeswoman in the workshop at KRH Mining, Plant Mechanic Maddison prides herself on challenging perceptions of females in the workplace. Maddison’s commitment and determination to open the door for future generations of tradeswomen has seen her take the role of mentor for other young women who are considering careers in the mining sector.