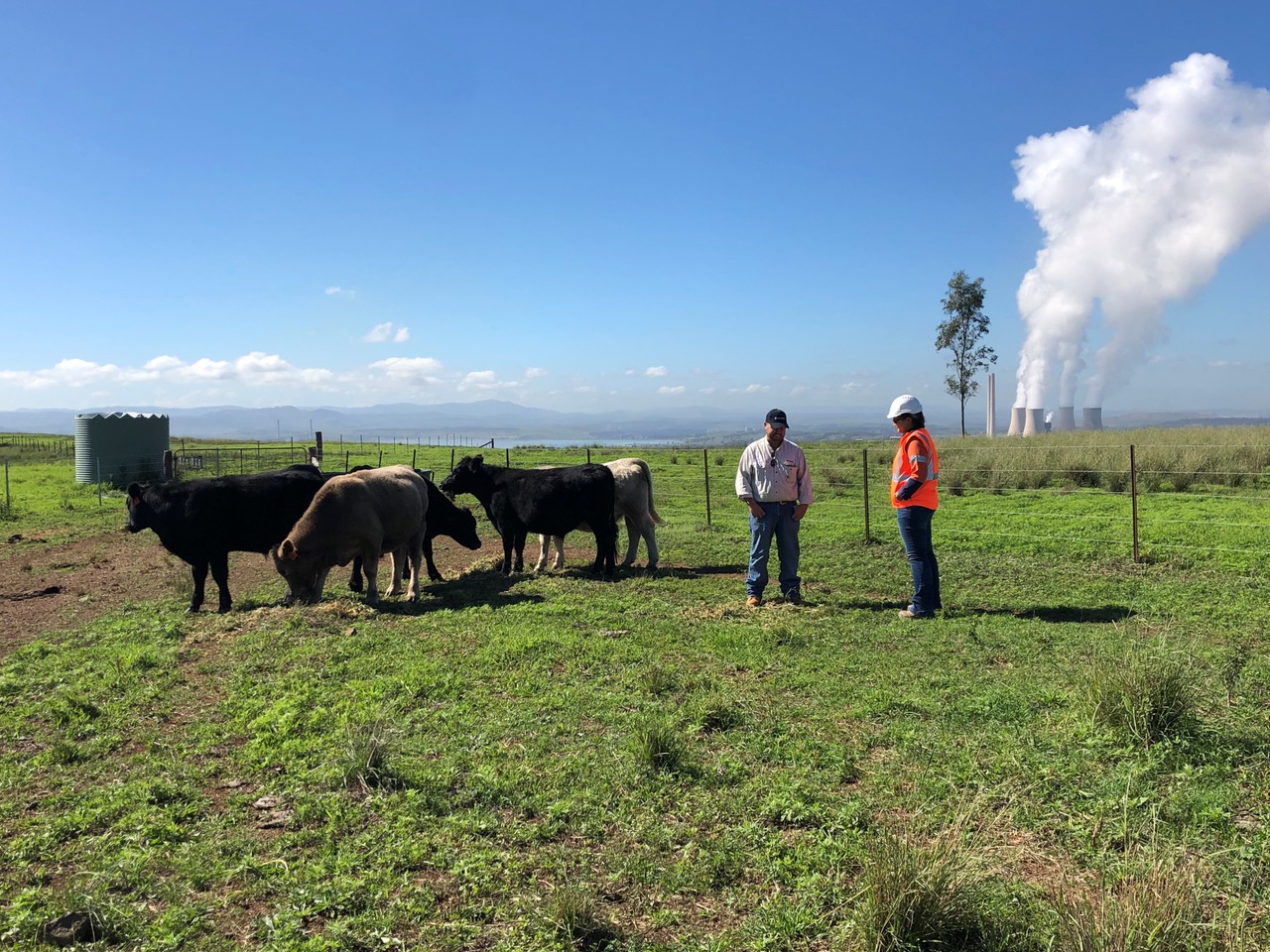 For the last 6 months Malabar Coal has been hosting 50 Angus cross Charolais steers on rehabilitated pasture at the now closed Drayton open-cut mine with positive results.

As Malabar restores the former open-cut mine (now known as Maxwell Infrastructure) to pastures and native woodland, it has been in conversation with its neighbours and local farmers about alternative uses for the land as it is made productive and sustainable for future generations.

Malabar Chairman Wayne Seabrook said the introduction of the cattle demonstrated an encouraging trend toward mining and farming working together.

“The cattle are coming along well and have put on weight since coming to site. It’s pleasing to see the cattle thrive on the rehabilitated land, given the drought conditions being experienced in the Hunter Valley,” he said.

“The land we are rehabilitating was grazed prior to mining and we’re now showing that it can be returned to healthy grazing pastures. Bringing the steers onto the land is just one small example of where mining and farming can work together productively for the benefit of the environment and the local community,” he added.

Local agister Rob Parish purchased the steers from Coolie Angus, a beef cattle business based in the hills of Merriwa, with Malabar providing the land, water and fencing for grazing.

“It’s great collaborating with a responsible mining company that understands the importance of grazing for farmers and their cattle,” Mr Parish said.

Having the steers on the rehabilitated pasture is also expected to benefit the land. It should allow greater control over weed species, promote species diversity and reduce the risk of bushfire. Rehabilitated pasture can also provide more feed for stock during the drier conditions than the non-rehabilitated land.