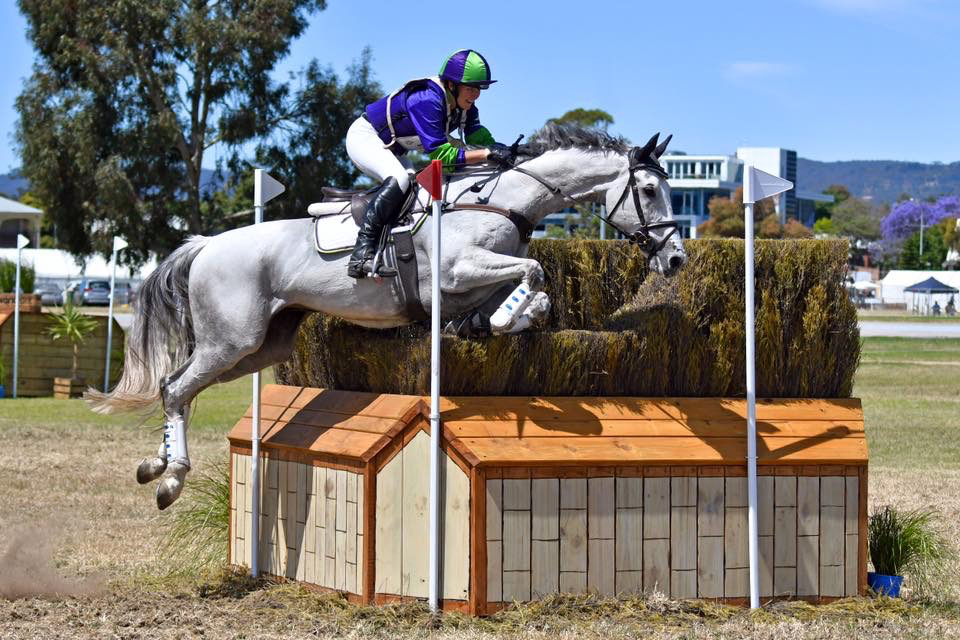 Champion horse rider 26-year-old Lauren Browne has moved from strength to strength as she strives towards her goal of representing Equestrian Australia at the Tokyo 2020 Olympic Games.

Our now local Muswellbrook girl grew up on a crop and sheep farm in Western Australia with her, as she puts it, “non-horsey family.”

Lauren jumped on her neighbour’s pony at just 8-years-old and never looked back as her passion for horses developed into a true love. “I have always had a love for animals – horses just took the cake,” Lauren said.

Smashing goal after goal, Lauren has really made a name for herself in the riding scene. Lauren represented Australia at the 2007 Prince Philip Mounted Games in America for 3rdplace and at the 2010 Tetrathlon in America winning the riding section.

The young riding star isn’t stopping there, aiming to compete at the highest possible level. “After representing Australia at a Pony Club level, I now strive to represent Equestrian Australia,” said Lauren.

“It would be a dream come true to either achieve this at an Olympic Games or the World Equestrian Games.”

Malabar Coal has proudly shown their support of the rising champion through a recent sponsorship deal, providing Browne with valuable financial assistance. “The financial support of Malabar is crucial in assisting in my competition and training pathways,” added Lauren.

“The support ensures that I am able to attend the competitions and lessons which I require to ensure optimal performances. In order to be selected on an Australian team you can’t just have one good performance, you have to constantly be producing competitive results which is both financially and time consuming.”

“It was interesting to see the different stages, and the time and effort being put into the site. I was amazed by the land which is completely rehabilitated and is now running cattle and considering the drought the cows looked superb and there was plenty of grass available.”

When asked about her thoughts on an Equestrian Centre on a rehabilitated site Lauren chuckled, “Wouldn’t that be something if they could turn it into an equestrian facility – I would be all for that!”