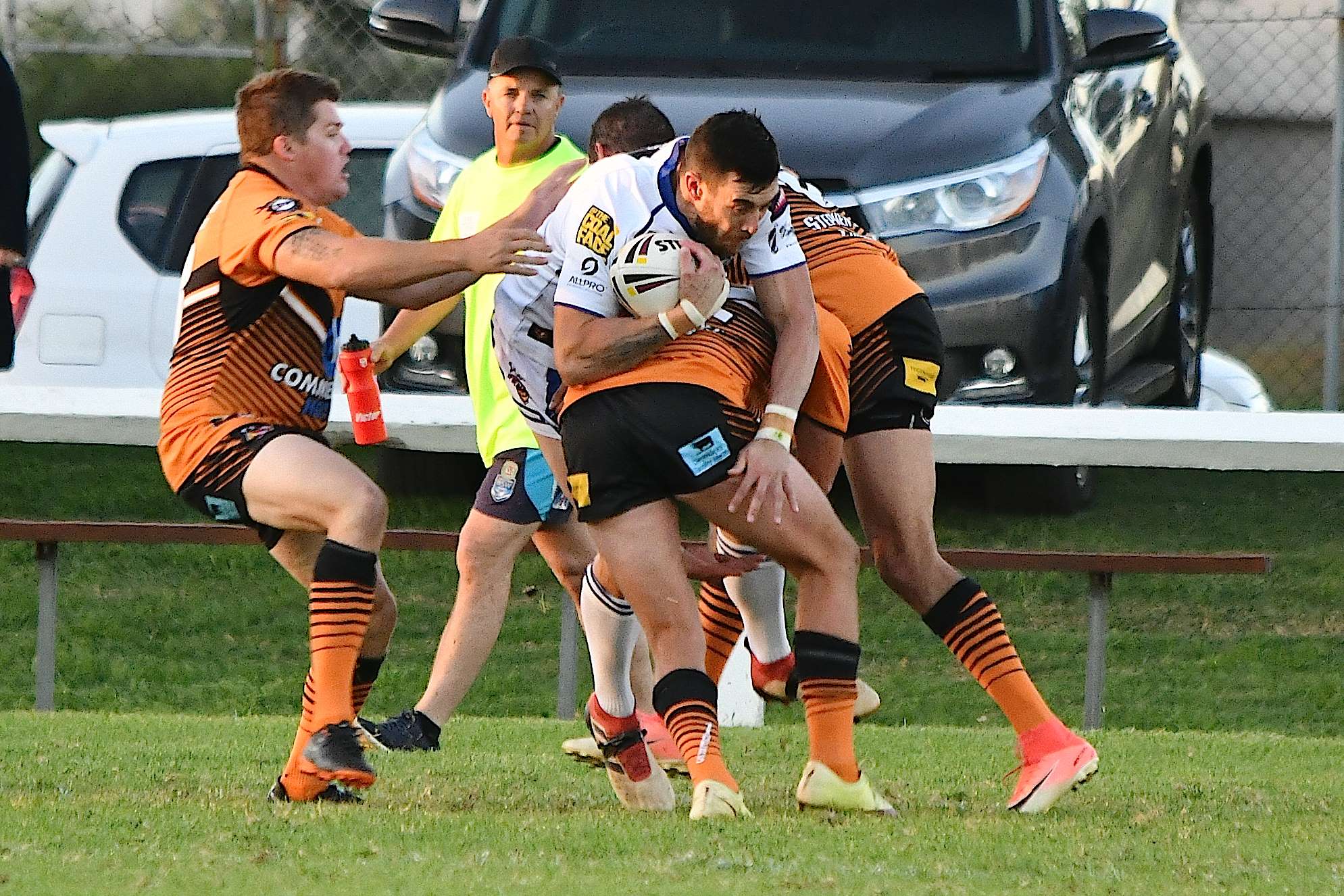 The 2019 season got off to a cracking start in Round 1 of the Group 21 Bengalla Group competition with defending premiers the Scone Thoroughbreds taking on the Aberdeen Tigers and the Singleton Greyhounds and Denman Devils going head to head.

In the match up we’ve all been waiting for since last year’s Grand Final, it was a very tough slug out in the opening half of the Round 1 game with all the cobwebs on display you would expect in the first round.

The first half ended with Scone going to the sheds 4-0 with the scene set for a blockbusting finish to the second half. After the return to the field, Scone Junior and the NRL hardened Adam Clydesdale in his return match for the club, moved from the five eight role to his highly experienced hooker role and provided a barnstorming performance.

This move by coach Aaron Watts was a touch of class and paid off dividends with Scone taking out their first match 28-8.

It wasn’t through lack of trying for the Tigers though, there were plenty of great individual performances throughout the whole game. Watching these two sides perform with such fluent execution in their plays made for an outstanding game. With this great start you’ll want to make sure you head to the next game early to get a good seat!

In the second match of the round, it was a packed out Pirtek Park in Singleton to witness the new look Singleton and Denman sides go head to head. It was also the Group 21 fans first opportunity for a glimpse of former NRL player Frank Paul Nu’Asala, who right from the opening minutes did not disappoint.

With the Singleton backline that we so heavily praised last year needing that extra go forward upfront to set the platform, the Greyhounds have certainly recruited well and full credit to Jye Bailey.

With Adam Grech debuting his Devils captain coach role it was anticipated to see how the squad selection would lay out. With numerous players following him from Muswellbrook and some talent from last year still remaining, it was an issue of gelling together and positional selection that will be at the forefront of his mind moving forward.

The end result saw Singleton take out this one 26-16 but similar to the first match, once the cobwebs are blown out both sides have the players to take them to the big dance.

One thing that’s for sure is we are going to see some fantastic footy this year from all the teams.

With the controversial withdrawal of Muswellbrook from the First Grade competition the draw is being redone so we will post the coming rounds on Facebook once they are locked in.

We are also calling to arms for all people to get involved in any way shape or form to ensure that we sustain this wonderful local competition. Get in touch with your local club today and see how you can be a part.