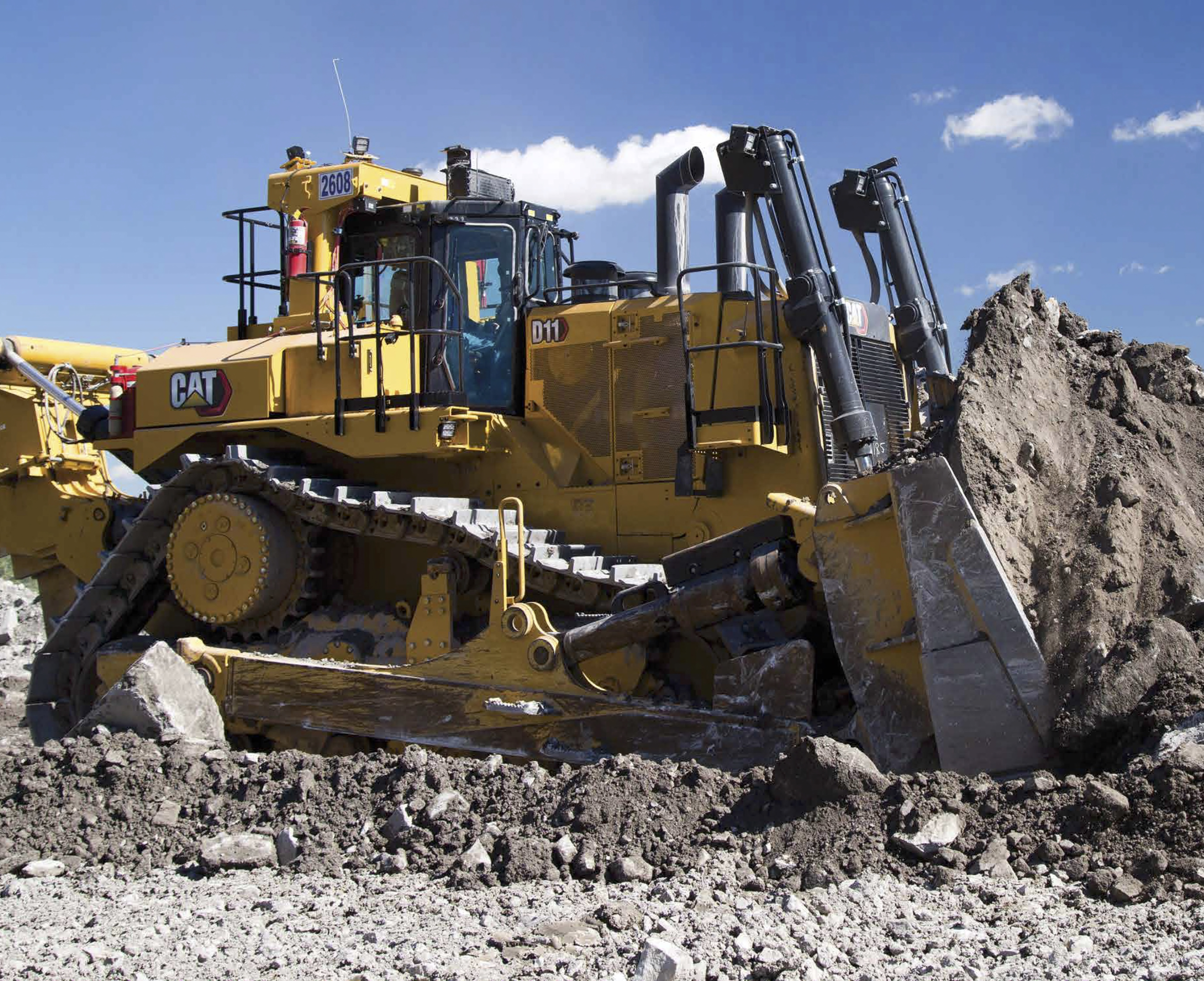 Hey, listen up everybody, if you haven’t heard there’s a new kid coming to town. A bit of a superstar, he’s sharpened his look and now simply wants to be known as D11, taking on styling hints of his distant cousin (tongue-in-cheek) DB11.

Equipped with new features including load-sensing hydraulics, high horsepower reverse function and a bunch of in-cab technologies, this revised machine will be delivering more to customers.

Music to the ears for all Hunter Valley miners with a penchant for yellow, especially when one considers claimed fuel efficiency gains of circa eight percent as well as increased productivity of between four to eight percent.

Engineered to be rebuilt multiple times, this new guy comprises a number of redesigned structures leading to increased reliability and durability at high utilisation.

Fitted with a larger equalizer bar with improved bearing design, replaceable bearings on the ripper and blade pin boreholes as well as new push arm trunnion bearing inserts, Caterpillar continues to display a desire to extend component life as well as improve the ease and time efficiency associated with component changeouts and part replacement.

In what will be a boon for Aussie miners, it now also sports a larger oil sump with increased capacity of 30%, extending maintenance intervals to an estimated 500 hours.

Well known to local miners, it continues with its tried C32 powerplant, offering a choice of emissions solutions to meet regional requirements including the less onerous Tier 2 equivalent for countries outside North America and Europe i.e. us.

Now a standard feature, the cabin door can also be mounted for either left or right-side opening improving access to the operator compartment.

Not unlike the advancements seen across many industries today, this machine is packed with all the bells and whistles too extensive to contemplate in this article.

Major innovations include AutoCarry™ that automatically changes the blade position to keep track slip at a minimum when pushing a load as well as optional Auto Ripper Control that reduces operator fatigue and further decreases machine wear by monitoring and automatically adjusting engine speed and ripper depth to minimize track slip.

Albeit commercially available in the second quarter of 2019, the new D11 is sure to have an order list with lead time to boot. For an in depth look under the bonnet, go to www.cat.com/d11, view it in action at https://youtu.be/xIe9XJkj42M﻿ or speak with one of your WesTrac reps.

THANKS TO COMPONENTS ONLY, OUR HEAVY EQUIPMENT EXPERTS.