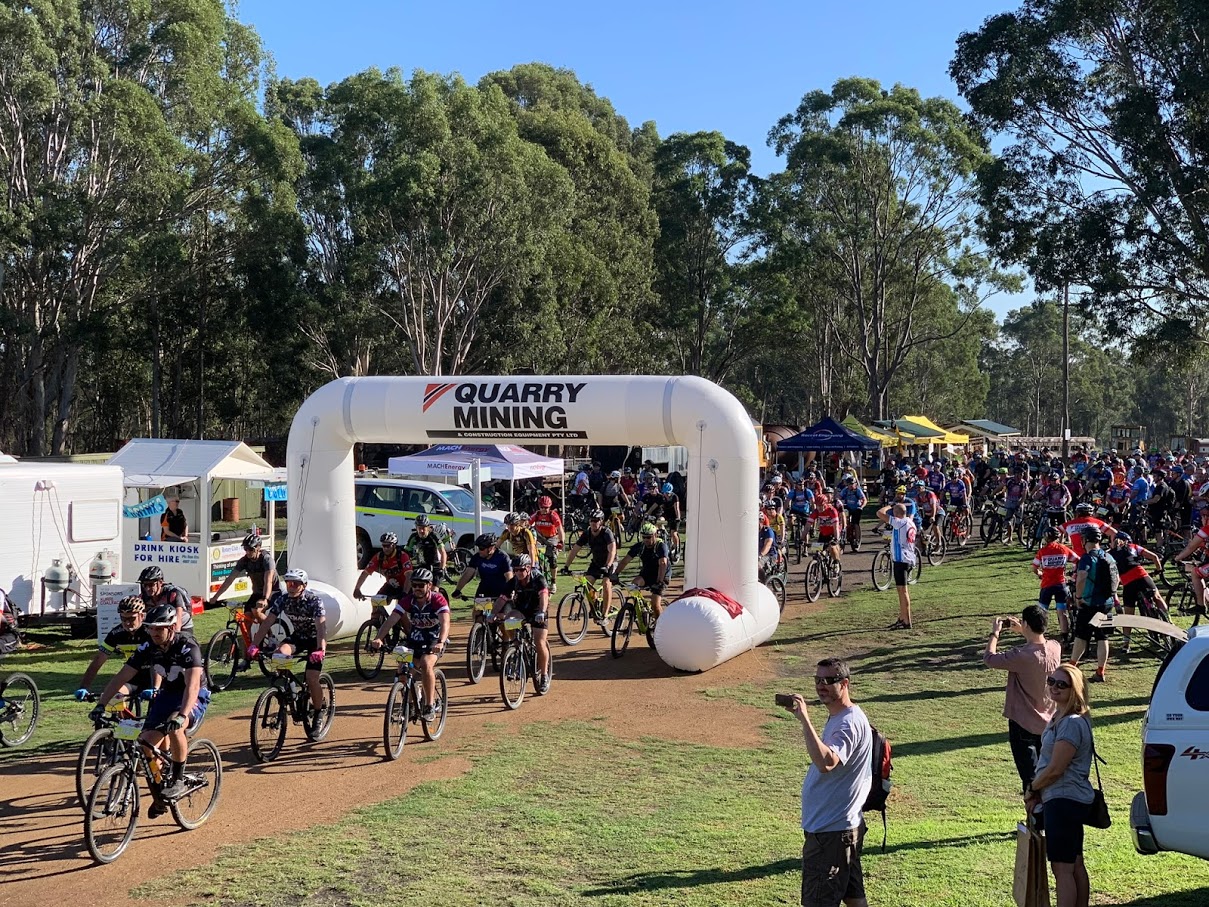 With a new start and finish location at the grounds of the Richmond Vale Railway Museum, and a new course through the surrounding land of the Mindaribba Aboriginal Land Council, the 5th anniversary instalment of the Kurri Coalface Pedal Charity mountain bike ride did not disappoint.

The record-breaking number of riders, just shy of 500, were treated to perfect sunny conditions as they competed across the exciting and testing terrain in the 10, 20, 40 and 60 kilometre distance courses.

In the Schools Challenge the Muswellbrook South Public School were crowned champions of the Cougar Mining Primary Schools Challenge, closely followed by two of the Hunter Christian School entries.

Then in the Cougar Mining High Schools Challenge the Hunter Christian School dominated, taking out a clean sweep of the pole positions over the 20km distance and doing so in a comfortable fashion.

Whilst success of the event rests heavily on riders participating, a considerable amount of success lies with the support from sponsors and volunteers. This year the Australian Hotels Association – Newcastle Hunter Sub Branch came on board as the major sponsor along with presenting sponsors Quarry Mining, Orica, Austar Coal Mine, Ampcontrol, Pacific National, MACH Energy Mount Pleasant Operations, Bolt Up Mining, Westrac and Loxford Fabrications.

The Kurri Coalface is a partnership between the Westpac Rescue Helicopter Service, the Kurri Mongrels Mountain Bike Club and the Rotary Club of Kurri Kurri with all the volunteers going above and beyond to make the day a great success.

With the final count still to be tallied, it’s estimated that this year’s event will have raised just over $40,000 for the Rescue Helicopter Service. This equates to keeping the rescue helicopter in the sky of the Hunter region for 8 hours saving lives. A brilliant job by all involved!