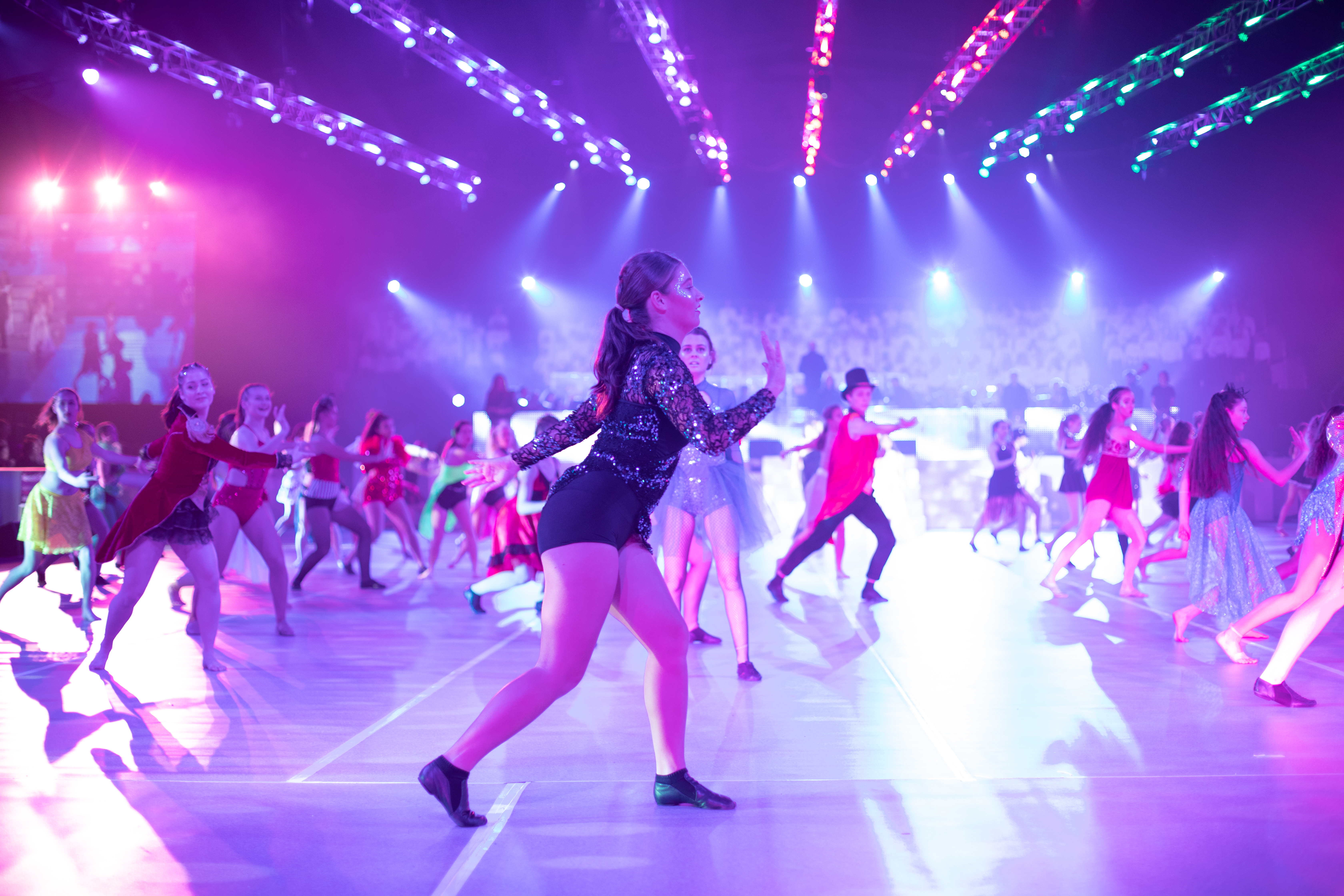 Celebrating its 27th year, Star Struck will once again turn the Newcastle Entertainment Centre into a sea of colour, movement and music when the curtain goes up on the 2019 performance next month.

Star Struck is a NSW Department of Education annual performing arts event showcasing dance, drama and music. More than 3500 students from over 110 schools across the Hunter and Central Coast will come together to perform four concerts on June 14 and 15.

With many successful careers being forged by Star Struck, this year’s theme of “No Limits” seems particularly appropriate.

Bringing it all together, according to Star Struck’s Operations Manager, Casey Horner, is a Herculean task that spans 12 months and occupies the thoughts and energies of a production team, made up of teachers.

It involves coordinating and choreographing more than 45 items across 13 separate segments, rehearsals for over 130 featured artists, and on top of that overseeing production of costumes and creation of props.

“Since October last year when our core creative team came up with No Limits as this year’s theme, it’s really been full steam ahead,” Casey explained.

“We’ve been bringing together all the creative and logistic elements of the show in time for rehearsals and, of course, the much-anticipated show itself.”

As one of the largest performance events in the region, Star Struck enjoys immense local support from the corporate and business sectors, media and the community. At the top of the corporate support bill is Glencore, the event’s principal sponsor.

Glencore’s Community Relations Manager, Craig Strudwick, said the company had been involved in the production for 14 years but moved into the principal sponsor’s role eight years ago.

“There was genuine concern in 2011 that Star Struck may not have been able to continue after losing its principal sponsor. When we heard about that, we decided to take on the commitment and we’ve been there ever since,” Craig said.

“We’re delighted to remain involved in something that is such a positive experience for the kids, their schools and their communities. And we’re very pleased to have been able to take our current agreement through to 2020, which will see our total investment in these young stars go beyond $1 million.”