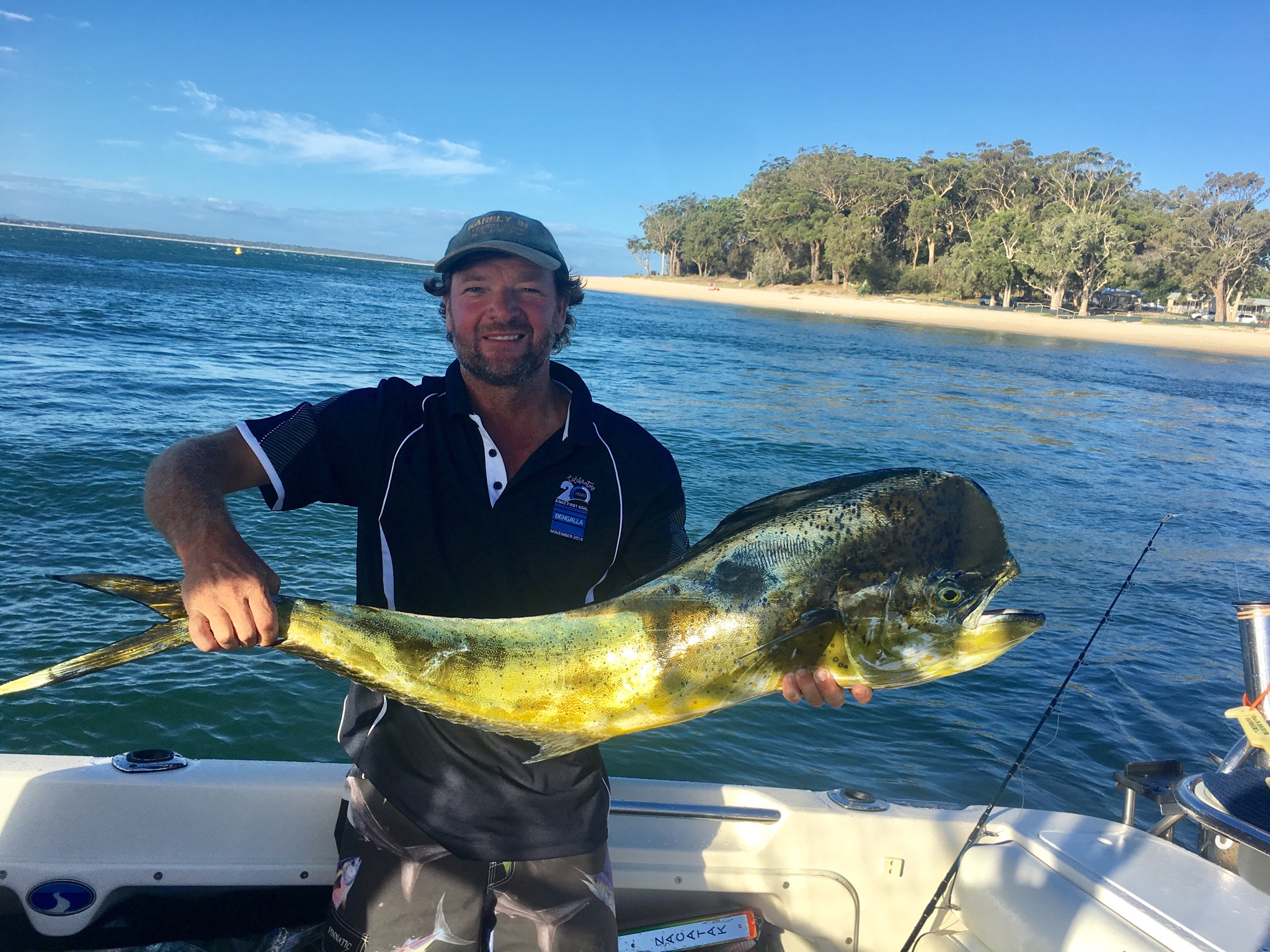 March is the start of a few months of fishing madness for the Hunter.

Offshore
Marlin have been placed on the critically endangered species list for the fishermen of Port Stephens, whereas the fisherman of Eden down near the Mexican border are enjoying Marlin madness.

The carrot has been dangled now for a few months with very limited fish encountered. The relentless NE winds blowing every day keeping the cool dirty water trapped inshore and the current raging out wide has been less then favorable. A recent Southerly produced the goods pushing some great water in, but sadly it’s only filled the inshore grounds with a bit of bait and bait stealing baby dollies to add to the frustration. BTW some nice Dollies can be found on all the local FADs at the moment, though it does pay to fish weighted live baits to produce the bigger fish.

In other news the reefs are fishing well for Trag, Snapper, school Jewies and the odd Pearl Perch too. We seem to see these little tasties turn up throughout March to June – they love a white soft plastic. Flathead are also fishing well at the 40-50 metre mark.

No predictions this month, but here’s hoping we see the Marlin turn up and we might even see a Longtail tuna soon. Let’s hope they don’t disobey orders like the billed variety.

Beaches
Whiting and Bream will be the standout this month as a bit of warmer water has moved in. We should also see some good numbers of Taylor start to turn up.

The Jewie fishing should really start to fire up from the beaches later in the month as the Mullet start to move for the annual run though. This will all be decided on when the westerly winds start to blow.

Inside
Flathead and Jewfish will continue to be the mainstay in all the waters inside once again. As the Mullet start to school up to move, we should see some great Jewie fishing especially in Newcastle Harbour.

Bream should also start to move down out of the top half of the estuaries with the Mullet as well. Squid will continue to be a great option as we are starting to move closer the best time of year to hunt them – especially ‘the big green eyes.’

Dams
There has been little to write about the fishing on the local dams as the water temps have been so high, but things seem to be improving with a recent session throwing Jackals and surface lures turning up good numbers round the weed edges at Lake St Clair.