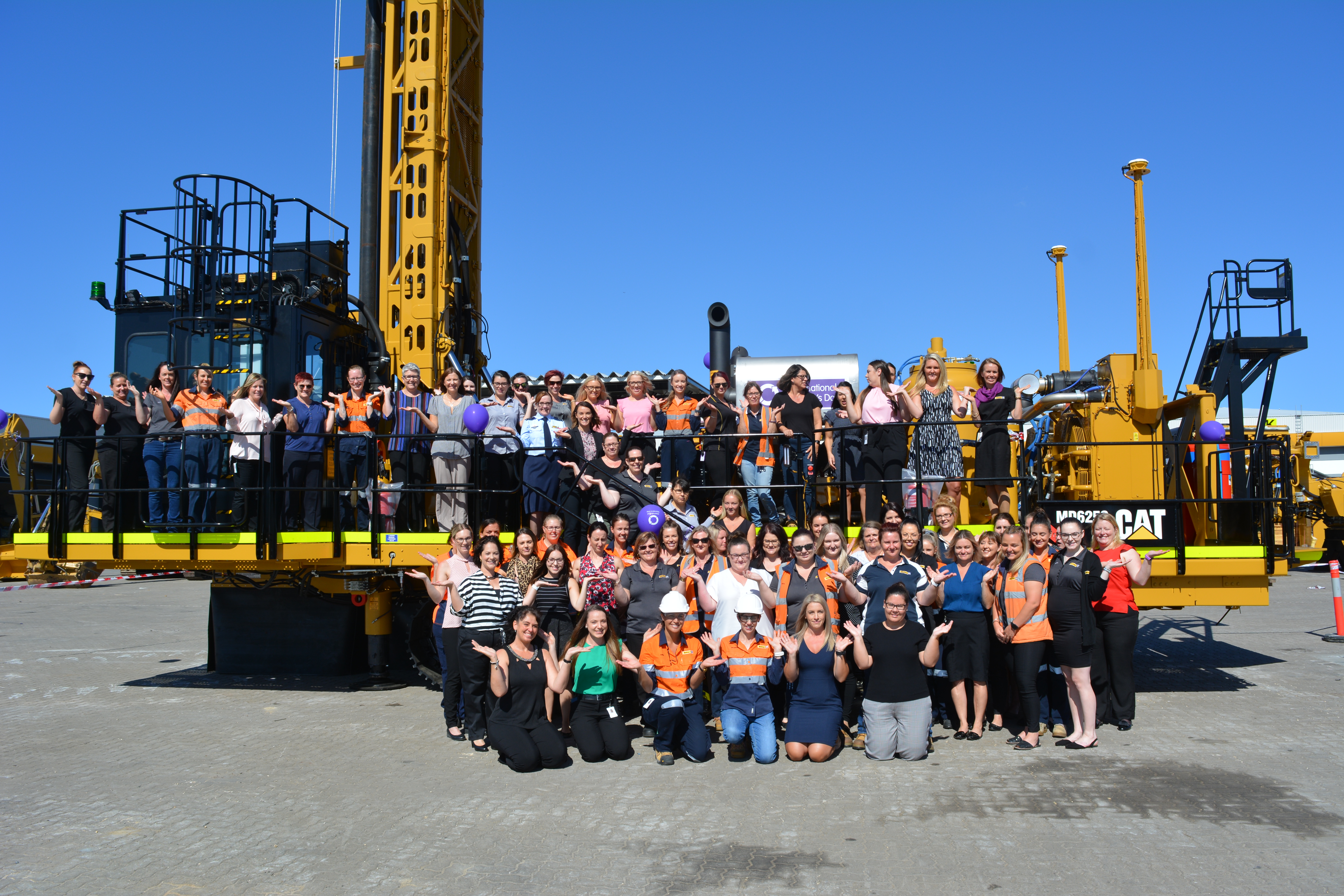 The women of WesTrac Tomago got together to celebrate International Women’s Day (IWD) and the social, cultural, economic and political achievements of women.

March 8 is the official day of celebration; however, March 4 was the date WesTrac chose for their event so as they could involve all the women in their business. The message: #LetsDoTheWork together and help create a #BalanceforBetter.

This is the first time WesTrac has shared their IWD celebrations publicly as they move to encourage more females to apply for jobs in our industry and strive for gender parity. Currently the ratio is at approximately 16% women across the business and the goal is to increase this.

One of the ways they’ll be doing this is a campaign to encourage women to apply for apprenticeships in the mechanical field, in order to build female participation in entry level roles in the business.

WesTrac has just completed their first of two intakes for 2019 with another 30 apprentices to be appointed later in the year. With these recent intakes, they had a quota of 20% women which was achieved.

This event will be hard to top, with the whole day perfectly executed and a sea of smiling faces. Greg Graham, Chief Executive of Westrac NSW/ACT, opened the day with a very motivating speech about flexibility and encouraging employees to approach management for that discussion and visit that opportunity.

“WesTrac’s support of International Women’s Day is not just a reflection of our ongoing commitment to promoting and acknowledging the important role and achievements of women in our business, it’s also reflective of a genuine organisational belief that diversity in all its forms and an inclusive workplace culture are key enablers of a high performing team. For us, that means social, political and economic equality isn’t just the right thing to do, it also makes really good business sense,” said Greg.

Carol talked about her teenage sons being deeply concerned about equality, crediting social media for bringing these issues to the forefront.

Melinda closed with a number of takeaway messages for women: