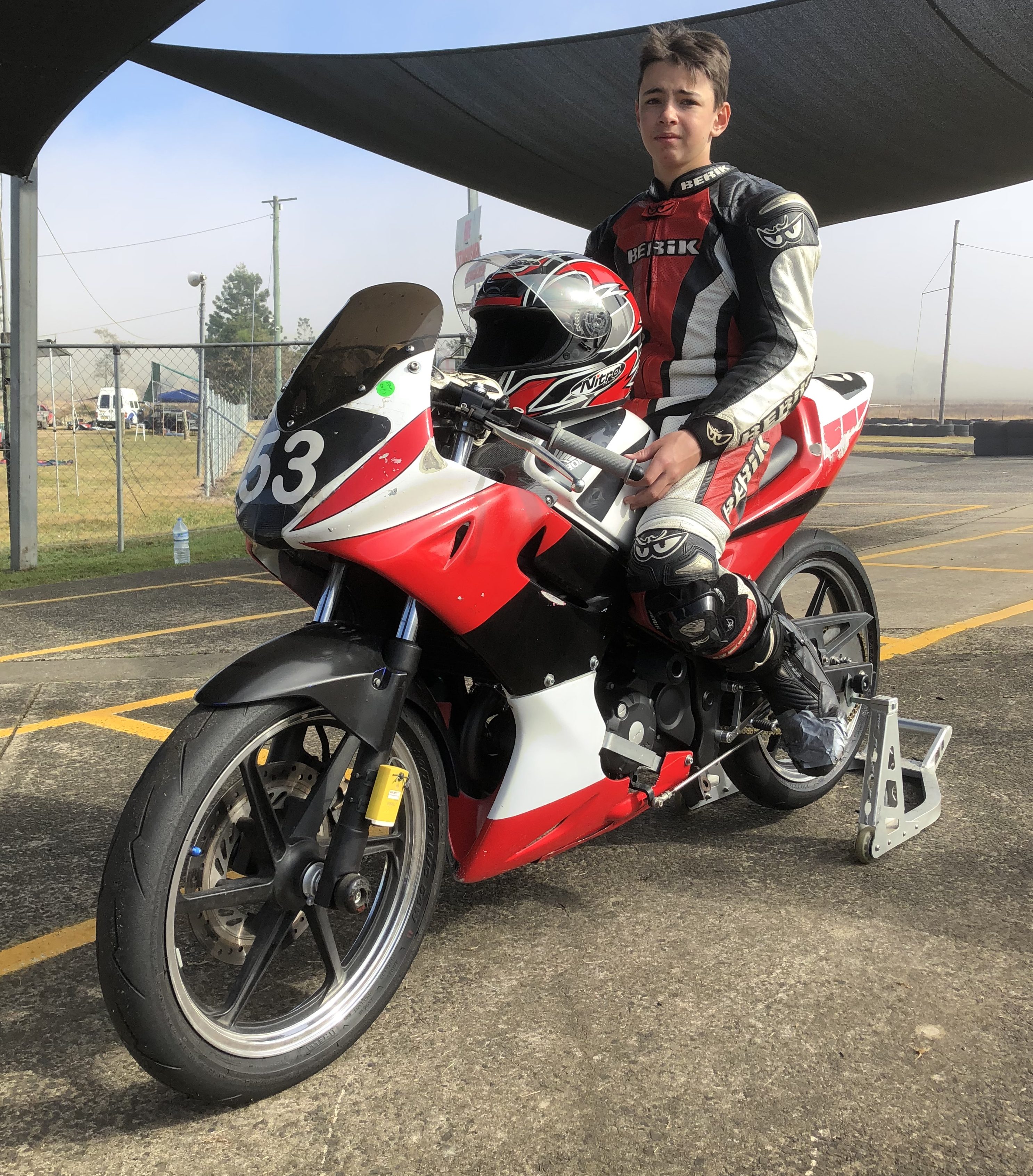 For someone who’s not even old enough for a driver’s license (he’s only 15!), Alex has been riding motorbikes for over a decade. Yes, he was riding motorbikes when most kids were getting on their first push bike with training wheels. “For as long as I can remember I’ve always loved riding and would jump on the bike any chance I got.” Alex said.

But this is no joyriding gig for Alex, for him it’s a serious sport that he’s already dedicated most of his life to. He’s just finished a six-year apprenticeship in flat track racing (both oil track and dirt track), and has already proven to be a prodigy with some substantial wins under his belt. 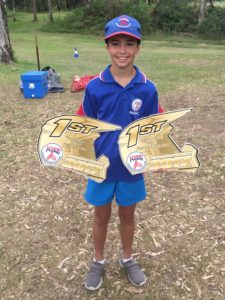 All these successes and more have led to Alex securing a position to compete in Motorcycling Australia’s Oceania Junior Cup, where Alex will compete against the best junior riders in all of Australia. Over 6 rounds at some of the best tracks throughout the eastern states, these young riders will battle it out each on identical Yamaha YZF-R15 motorcycles.

Being selected for the Oceania Junior Cup is a huge deal. It’s recognised by Dorna, the company who runs Moto2, Moto3 and MotoGP and if he performs well it could lead to Alex getting into the international circuit and competing in the 2020 Asia Talent Cup.

“This year I want to focus on giving it my absolute all in the Oceania Junior Cup,” Alex told us. “I also would like to race in some Australian Title events.  Every race completed is another step towards my goal of becoming an international racer.”

As yet, Alex does not have a sponsor and has been supported solely by his parents. “They’ve been there every step of the way and I can’t thank them enough. I really hope I’ll be able to pick up a sponsor soon and take some of the pressure off them.”

With the Oceania Junior Cup receiving televised coverage it’s only a matter of time before he’s snapped up by a sponsor. But we’d love to see this talented local lad supported by a business from our region, or perhaps even a coal mine!