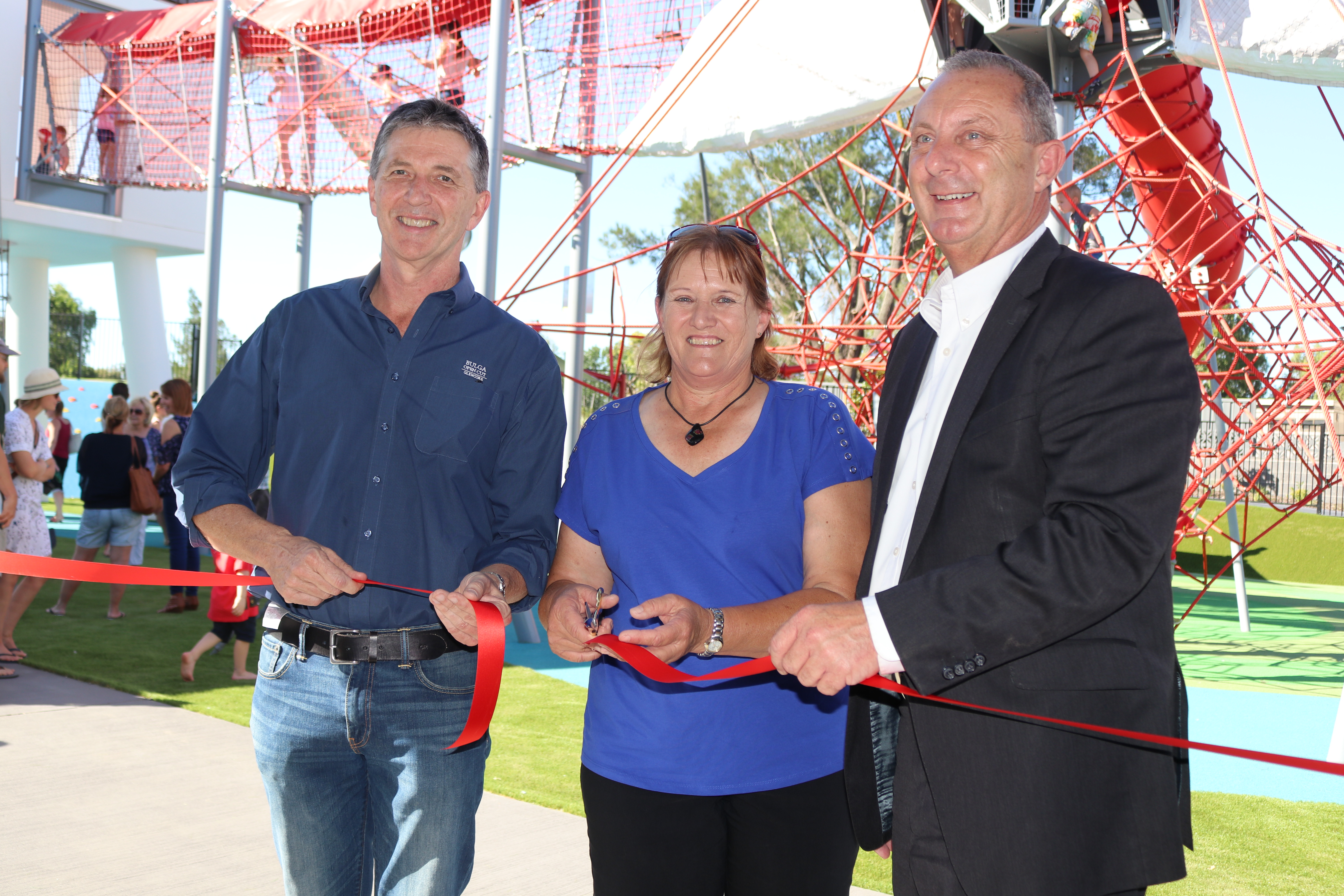 Thanks to some help from Bulga Coal, Singleton kids have been taking playtime to new heights at the brand new $2.8 million architecturally-designed Riverside Park on John Street.

This all-new state of the art playground was funded in part by $700,000 from Bulga Coal under its Voluntary Planning Agreement with Singleton Council and was officially unveiled just in time for the school holidays and has proven to be a hit with people of all ages.

Mayor of Singleton, Cr Sue Moore said the park was another feature that made John Street a destination for locals and visitors from neighbouring local government areas.

“This playground is second to none with something for children of all ages. A lot of thought has also gone into making this a park that’s not just fun but safe too, with features such as soft fall and fencing. The park is another fantastic addition for John Street in a continuation of the Town Centre improvements that began with funding from the NSW Government’s Resources for Regions fund, and a great achievement for our community by Council and the mining industry working together,” she said.