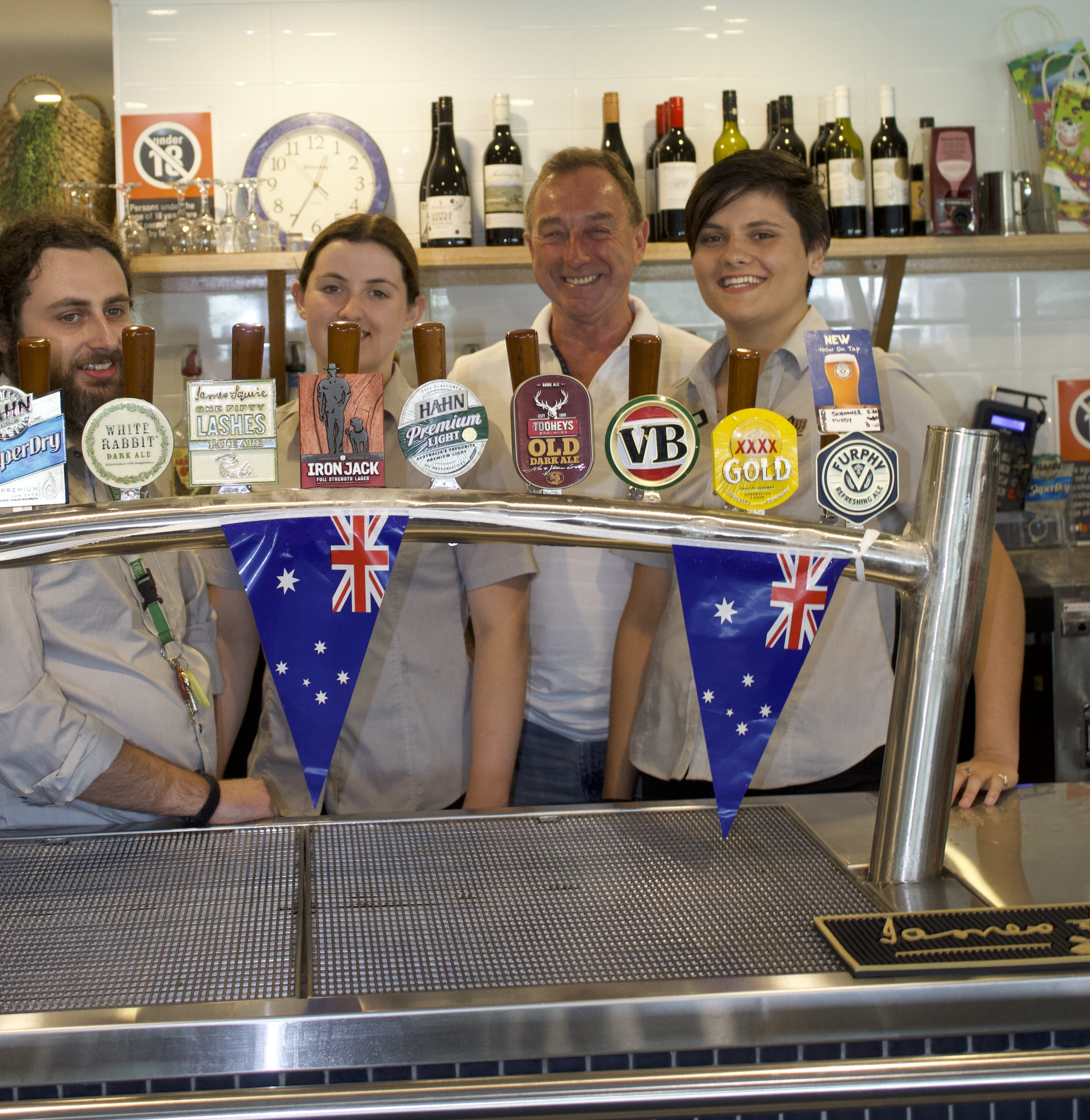 Well-known local miner, Club Singleton President and all-round good guy, Kerry Hardy, proudly showed me around the club he loves and calls home when not on the job at Mt Owen mine.

At our recent catch up at the newly renovated Club Singleton, Kerry took us through his work history and his passion for the club and community.

Kerry has been in the coal industry since 1979. He started at Liddell Underground and stayed for a couple of years before moving on to Foybrook Underground as a plant operator (A machine man is what they called it in those days) on the shuttle cars and stayed until it closed in 1987.

He then went back to Liddell until 1988 before moving to Drayton open cut in 1989 until 1994. From there he joined a company called D M L Resources who were mining the Mount Owen lease. Thiess took over in 96 and he’s been there ever since as an operator on trucks and drills. “Hopefully I’ll get a few more years out there before I retire,” Kerry told us.

A great family man, his other great joys are wife Gai, his four kids and partners (two of whom happen to be miners) Benjamin, Georgina, Mirranda, Isabella and two grandchildren Vienna and Orlando.

On the club Kerry told us how he and Gai used to come to the club for New Years Eve and the place would be packed, “This was before we were married. After a few years it started to fall away, and the place would be deserted. I made a comment to Dave Nichols at the time who was a Director and he said they were looking for a few ideas and asked me if I wanted to get on the board – That was in 2007.”

“To be honest in 2007 the doors could have closed on the club. At the time according to Clubs NSW, 44 clubs had closed and about 22 were looking to amalgamate to survive. It was pretty bleak for the club industry and especially bowling clubs,” he added.

Kerry and many others were never going to let the club close.

“I saw the club’s position and potential in the community as pretty important, and that there was a future. It was a huge and exciting challenge. At our first board meeting I thought – What have I done?”

“We were in pretty bad shape, but we survived. We threw caution to the wind and we did things we probably shouldn’t have, but it paid off and we’re still here today. I’ve been President since 2009 which is a great privilege. It’s been a great turnaround,” said Kerry proudly.

“Renovations on the new Club Singleton commenced in January last year and seven or eight hundred thousand has been spent. It has delivered a fresh new look to our members who really deserved it for their amazing support.”

There was one other important asset that Kerry said was important to point out as it was the best – the great staff.

Kerry told us that at their core they are a bowling club and always will be, it’s their heritage and something they are immensely proud of. To support that though they have many other vital facilities such as the restaurant and new café. They will also be hosting functions such as weddings and conferences.

With things like barefoot bowls and first-class entertainment, there’s always something fun happening.

“It’s important to move with the times and stay current. We want to continue be an important part of the Singleton community, keep evolving and build membership. The feedback so far has been wonderful. Supporting the community is also very important and the club gets behind Hunter Life Education and the Clontarf Foundation supporting indigenous children,” Kerry said proudly.

The success of this place comes down to a great board, management and most importantly great staff that all help to ensure happy members and the ultimate community club.

On my way out the door Kerry had the last word, “It’s a great club, come on down and have a beer, a pizza and gelato!”