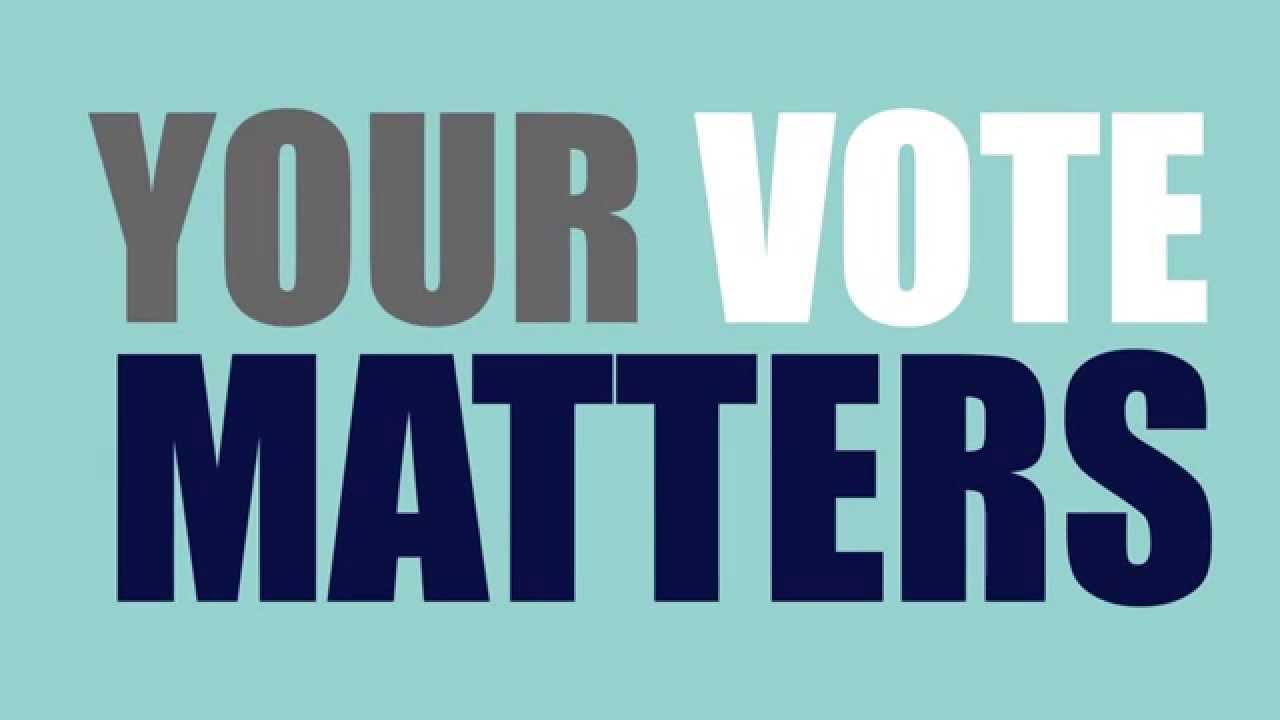 Three Upper Hunter Electorate candidates for the upcoming State Election (and big Coalface fans) contacted us to share their views. Being the investigative magazine that we are, we asked them some hard hitting questions about how they would promote and protect our industry if elected. 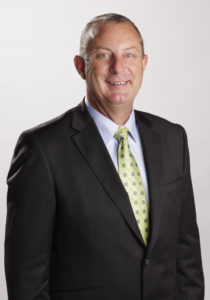 Over the past four years I’ve worked hard to earn your respect and I’m proud to have achieved real results for our communities in the Upper Hunter Electorate. My role as your local MP is listening, understanding and delivering for our community’s needs.

I’m running for re-election because I want to continue to deliver those vital services – to our schools, improved health services and keeping our local economies strong – those things that make a real difference in people’s lives, and provide opportunities for our local families.

Our Upper Hunter Electorate is, as I often remind people, home to world class wines, mines, equines and bovines, and I will continue to be an advocate for those industries that advantage our communities.

As a proud supporter of the mining industry, now and into the future, I will continue to support the industry and the many who benefit from it, not just those who work in the industry, but also our local businesses and communities who rely on the important contribution that your industry provides to us all. 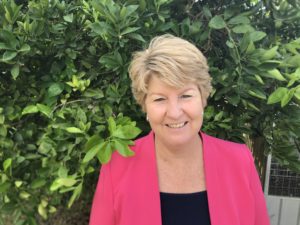 I don’t believe that N-S-W stands for Newcastle-Sydney-Wollongong, but that is where the major parties spend the money we generate in the Upper Hunter. We are the powerhouse of the state economy, but we have to sit by and watch billion-dollar stadiums being built in Sydney while they keep promising us bypasses and the basics.

The Shooters, Fishers and Farmers party hold the balance of power in the Upper House and have the power to make things happen. The people of Orange changed the way they voted at the last election and made Phil Donato from the SFF their representative and now they have dramatically more funding for their electorate.

By voting differently at the next election we can do the same for this electorate. I was the only candidate to stand beside the workers of Drayton South, because with me Watt You See is Watt You Get. I won’t be directing preferences to anyone. So, when you vote for me, on March 23 you can just Vote 1 and You’re Done. 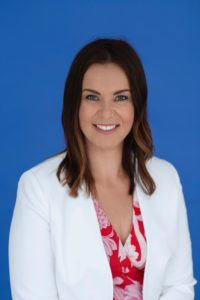 Like most people who grew up in the coalfields, many of my relatives worked in the coal industry. My husband Josh is an operator at Rix’s Creek and is the current Lodge Secretary. My dad was a fitter at Bulga for 27 years and he was Lodge Secretary for a period also. It was Dad’s belief in fairness and fighting for the miners that inspired me to join the Labor Party at age 19.

I’m just old enough to remember the days of regular strike action, but more importantly I remember the impact it had on my family and mining communities. This instilled in me the importance of ensuring workers and their families were treated with respect, with decent pay and conditions entrenched in the industry.

That respect and decency is being eaten away, driven by a push for an increasingly casualised, insecure workforce, who are often paid less than their permanent counterparts doing the same job. This places pressure on families, workers and workplace safety procedures, putting lives at risk.

The region contributes millions to the State’s economy, propping up Government budgets, yet it is represented by a complacent State Member, and I believe, taken for granted.

As a young, working mum I believe I can provide a new approach to politics and a new, dynamic way forward for Upper Hunter.

With our Region, what do you feel could prop up existing businesses to the extent or volume that the mining industry does?
Michael: Mining is the single biggest economic contributor to the Upper Hunter, and the economic and employment benefits to our electorate, cannot be underestimated. While I will continue to work to expand the potential of all businesses in Upper Hunter, be they small or big business, I will not let Sydney-based politicians or bureaucrats forget how important mining is to our electorate.
Lee: Mining is by far the biggest employer across the Upper Hunter and I would like to see what new businesses and industry we can attract to add to the mix of our local economy. We are the energy hub for the state, and I’d like to ensure any new power stations are built here where we already have a highly skilled workforce.
Mel: The Upper Hunter is the powerhouse of NSW, generating about 50% of the State’s energy needs. AGL have plans to spend billions on a whole new range of energy generation, including upgrades to Bayswater Power Station, investment in pumped hydro, large scale solar and new battery storage technology. That investment alone will allow us to remain the State’s powerhouse and continue to create good jobs for many decades to come. Additionally, there is an enormous amount of potential ready to be unlocked in Upper Hunter. Growth in existing industries such as agri-business, tourism and thoroughbreds will continue to drive employment and the electorate is perfectly positioned for academia, research and development.

Will you advocate for more or less employment in the mining industry?
Lee: More employment, especially permanent employment. Casualisation is a huge concern for so many families and I support better and fairer job security within mining. I am opposed to mines that want to use fly-in and fly-our workers, we have a strong and capable workforce and their jobs come first.
Mel: More, permanent jobs in particular.
Michael: I have a strong track record for publicly and consistently supporting our local mining industry. I will continue to advocate for more employment in the industry.

If a new mine was to put in an application that meets all current environment and community standards and requirements, would you support it?
Mel: Yes.
Michael: On the basis that it met all community standards, I would support such an application, as I want to see more local industry and employment, not less.
Lee: Yes. If a mine has the support of the local community, as the local member, my role is to represent their interests and so that is what I would do. That is not to say I would blanketly support all mine proposals though. I was the only candidate to stand by the workers of Drayton South, I back my words with action.

How long do you envisage our mining exports will continue?
Michael: I believe that if there is a market four our coal, be it a foreign or domestic market, then mining exports will continue for many decades to come, which is why both myself and the Nationals will continue to strongly support the industry.
Lee: I’m not an analyst, but most analysts agree coal is here to stay for decades to come, Australia has some of the highest quality coal in the world and while the world wants it, we will export it.
Mel: Indefinitely. At least 90% of the coal produced in the region goes to Newcastle Port for export, so regardless of where the current debate around power generation leads, coal as a valuable commodity will continue to drive investment and economic development in the Lower and Upper Hunter

How will you lobby to obtain more coal royalties for our Region?
Lee: The Shooters Fishers and Farmers Party will likely hold the balance of power in the next Parliament. We can force both sides of politics to deliver for our region, just like we are negotiating that 30% of all proceeds from the sale of poles and wires need to be spent in the bush.
Mel: I will work towards an ongoing solution that provides long-term guaranteed investment.
Michael: I have a proven track record on calling for more royalties to be spent in our region, and not in Sydney, but to the benefit of our local communities. Money from royalties go to roads, schools and hospitals and Police etc., and it is as much about providing equality in our service delivery compared to metropolitan areas.

Besides schools, hospitals, energy- what will be one of the big-ticket items you would achieve.
Mel: Labor has already announced a package to assist local councils with their road’s infrastructure backlog. We already know that economic activity is vital for the continued growth of regional communities, which is why Labor will be rolling out a program to revitalise main streets in various town centres across Upper Hunter. There are more announcements to come, however there will be an ongoing focus on road infrastructure projects, schools, hospitals, tourism and the environment, TAFE, law and order. Labor will always put the Upper Hunter before $2.2 billion Sydney Stadiums.
Michael: Infrastructure, particularly roads, remains an important issue for our communities, and since 2011 the Nationals in Government have provided over $1 Billion for road upgrades in Upper Hunter, and there is still more to do. I am committed to delivering more for our rural communities in Upper Hunter.
Lee: I want to see proper infrastructure starting with the bypasses being built, not just talked about. They should be two lanes to accommodate us well into the future, not the one lane they are proposing which will bottle neck as soon as they open. More police in our towns, it’s not good enough to have a half hour response time for emergencies. Proper drought support for our farmers and water infrastructure throughout the electorate. There is a long list of basic things we need, and I want to get to work getting it done.