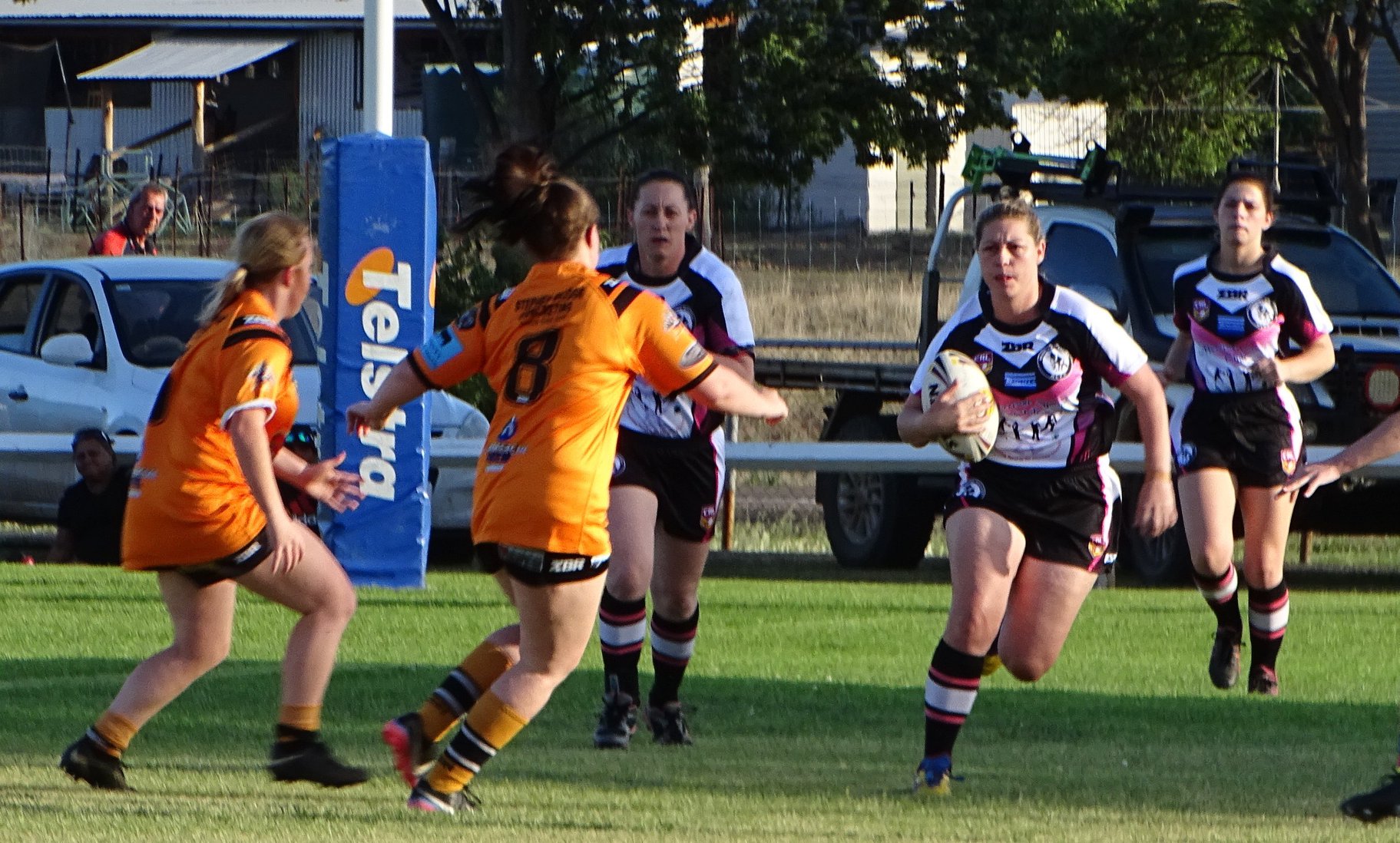 It’s that time of the year when the ladies ditch the league tags for full contact Rugby League in the 3rd Annual CRL 9’s in Group 21 and they are pumped to play.

It wasn’t that long ago that some of the ladies were able to get their first taste of full contact in the Mines Charity match, and it appears to have been the extra advantage some girls are harnessing. Jessyca Morgan was one of the ladies to get the extra games experience and lives for this time of the year.

“The CRL 9’s is a great concept and it is something to look forward too after the League Tag competitions,” says Morgan. “Without a doubt this year has kicked off with some great competition, and its fantastic to have Greta-Branxton and Scone in this year. Scone have been very dominant in ladies league tag and will be a threat, but I feel confident we have a great side this year.”

In the past the Singleton Greyhounds have been an entertaining side, though with no team in this years’ competition it will be battled out between Aberdeen, Greta-Branxton, Merriwa, Murrurundi, Muswellbrook and Scone.

In Scone’s first year, they will be out to prove that they can match their success in League Tag with the contact side of the game. We hear that the Greta Branxton side are ones to look out for when they have enough game time to gel. Is 5 weeks enough time though? Only time will tell. One thing is for sure, getting out to finish the week watching one of these rounds is something that must be added to the calendar.

It’s fair to say that some of these matches are more entertaining and competitive than some of the performances in the men’s competition.

With League Tag flourishing in the Group under the supervision of its initiator Jane Walmsley, the question is constantly raised about full contact throughout the season. We think there is a place for both and the ladies competition is going from strength to strength. Maybe one day there may be a perfect formula to accommodate those that want to do both in our Group, but for now it’s all positives throughout ladies Rugby League.

While we watched the ladies toss around the footy an idea has been tossed around off field. Why not a ladies 9’s Region of Origin? Similar to a State of Origin, but with the best players from the pre-season 9’s selected for a mid-season one off representative match (as long as they are still playing in the Group).

Northern Side would feature players from Murrurundi, Scone, Aberdeen and Merriwa, whilst the Southern side would be selected from those from Muswellbrook, Denman, Singleton and Greta-Branxton. The venue could be split amongst the winning side in rotation each year, with the inaugural match to take place this year as a headline for the Festival of The Fleeces. Some food for thought. How good would that be. Of cause, you would have to have a selection panel of 3-5 independents to make it fair.

The Northern Side could play for the Where There’s a Will Foundation, with the Southern Side (the Southern Angel’s) playing for the rescue helicopter to keep those Angels in the sky, with money raised going to both. Just throwing the ball out there gals.

The remaining competition games are at: Greta Central Oval on Friday the 16th of November, Scone Park on the 23rd of November and Wilson Oval Murrurundi 30th of November with the first games commencing at 6pm. The Final will be at Olympic Park, Muswellbrook on Friday the 7th of December with games to start from 6.15pm