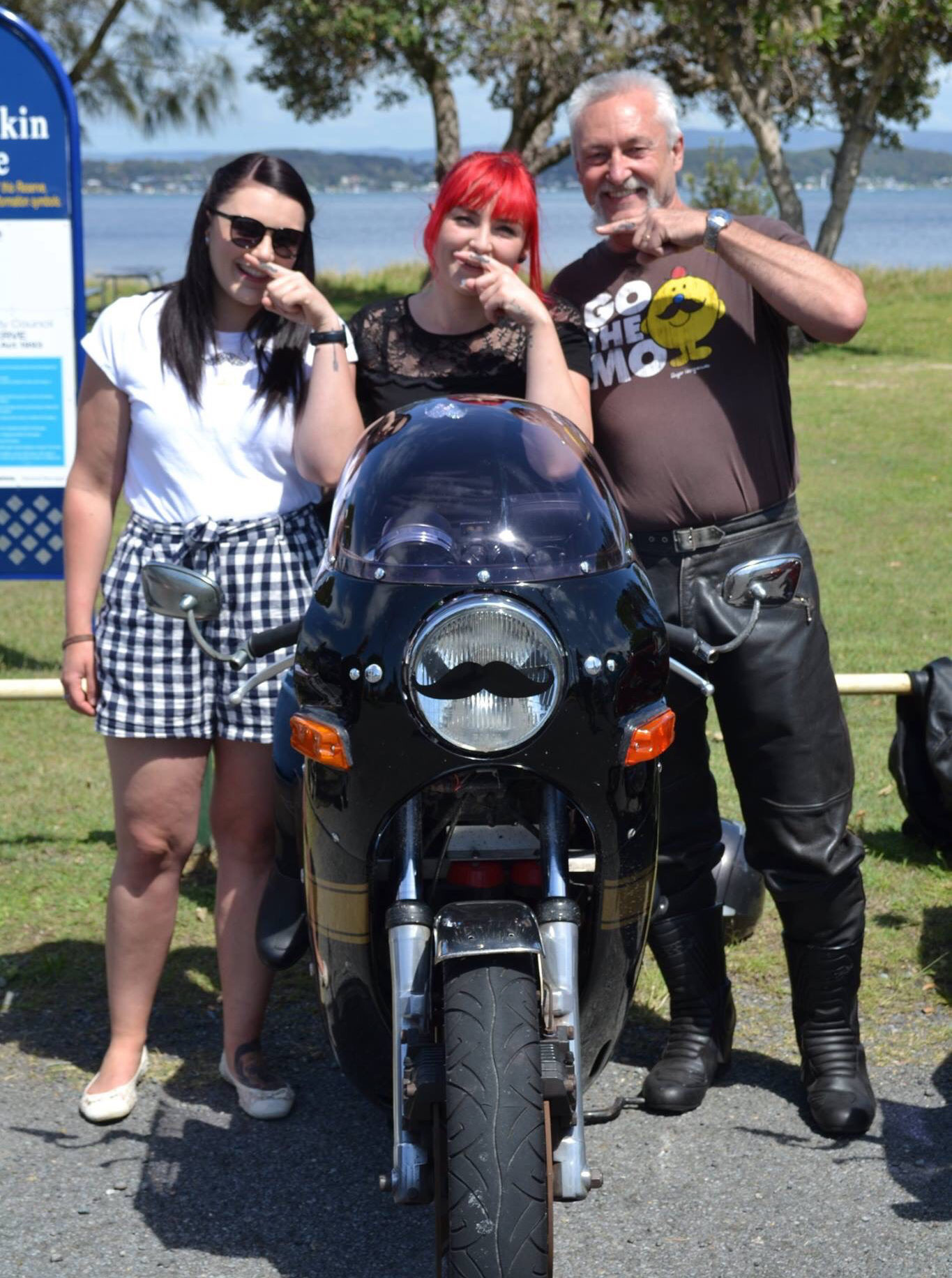 Since it started in 2003, Movember has become a men’s health movement with over 5 million supporters across the world raising awareness and funds to enable men to live happier, healthier and longer lives.

Movember all started in Melbourne when a group of men having a few drinks at the local pub came up with the idea to grow moustaches for charity during the month of November. Since then it has fast grown into a globally recognised campaign spreading to many countries around the world.

November is now synonymous with Movember thanks to the many men who have grown a moustache for this great cause. But the Movember Foundation is more than just the making of moustaches. Awareness and fundraising activities are run year-round by the foundation and their efforts have helped fund 1,200 innovative men’s health projects across more than 20 countries focusing on prostate cancer, testicular cancer and mental health.

Here in the Hunter there are many different businesses, individuals and organisations who have generously donated, fundraised and supported the Movember Foundation. We bring you two of their stories.

For the past decade, Newcastle resident and prostate cancer survivor Dale McLean has been on a mission to kick start conversations about men’s health with his annual Movember Motorcycle Ride around Lake Macquarie.

Once a man of few words when it came to his health, Dale’s irregular GP visits and ‘I’ll be right’ attitude kept him worry-free and away from the doctor. At 49, Dale was urged to get the PSA test by his daughters, Jamie and Elisha. Being just shy of 50, he wasn’t sold that he needed the test, but went for the sake of his girls. Dale experienced his first ‘uh oh’ moment a few days later when his doctor asked to see him. For Dale, news of his diagnosis came in two parts; the good and the bad.

The bad news was that Dale’s high PSA levels and the subsequent tests revealed that he had aggressive prostate cancer. The good news was that it had been caught just in time.

After 10 hours on the operating table to remove his prostate, blood tests and endless appointments, Dale was given the all clear and was officially in remission after three years. Dale hopes that his story inspires others to talk, get checked out and look after themselves.

“My favourite thing about Movember is the comradery and fun we have trying to raise funds and awareness for men’s health. My goal for the motorcycle ride is to encourage men to have a chat and go see a doctor,” he said.

Unfortunately, men are less likely than women to use healthcare services, with an estimated 80% of men not going to see a physician until they are convinced by someone else to do so. Dale is determined to change this, by encouraging other men to engage with their health, talk more openly and take action where necessary.

Rachel Carr, Movember Foundation Australia Country Director says: “We are humbled by Dale’s continued support for the Movember Foundation. In Australia more than 3,400 men die from prostate cancer each year. That is unacceptable. Dale’s event raises much needed funds to help us stop men dying too young.”

This year Waves of Wellness launched their newest program in partnership with the Movember Foundation; WOW Sand n’ Surf. In this free six-week program mental health professionals teach you to surf as you meet new mates and make connections.

Waves of Wellness was founded by Joel Pilgrim because he saw a need to find an innovative way to address mental health.

“Men generally don’t talk openly about their mental health, so we needed a creative way to provide avenues for them to share what they are going through. It’s all about starting a conversation on a real level. Spending time in the waves and on the sand with people who understand and can provide strategies and advice.” Joel said.

Waves of Wellness is one of 13 projects to receive pilot funding as part of the Movember Social Innovators Challenge. The Challenge was initiated in 2015 when the Movember Foundation and beyondblue called for innovative, outside-the-box ideas for game-changing products or services which could increase the quantity and quality of men’s relationships, and thereby improve their mental wellbeing.

“Partnering with Movember has been a fantastic opportunity for us and has helped us to deliver a program that is making a real difference. With their support we created the Sand n’ Surf program to focus on maintaining positive mental health and wellbeing, rather than waiting until people experience challenges.” Joel said.

210 people have already completed the program in its Sydney and Newcastle locations thanks to the 20 volunteer surf mentors and It will soon be expanding to Victoria and Queensland. The success of the program is no doubt due to its laid-back approach and its ability to deliver to all walks of life.

To register for the Sand n’ Surf program or to become a surf mentor go to www.wowsandnsurf.com

Suicide is the leading cause of death for Australian men aged 15–44 years and on average, nearly 6 men each day take their own life in Australia.

Stop men dying too young this Movember. Sign up or donate now at movember.com