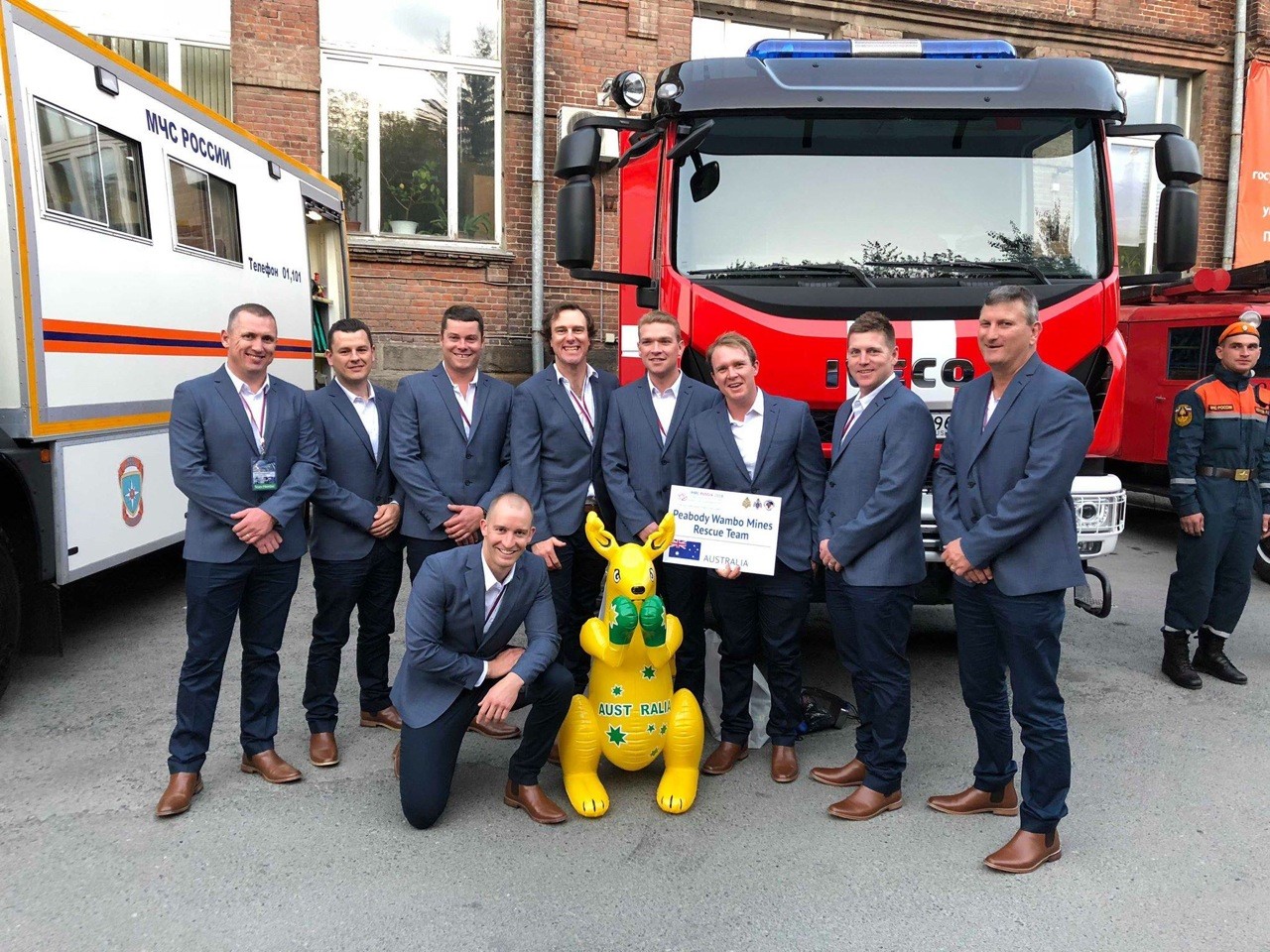 @ The Coalface was there for Peabody’s Wambo mines rescue team’s final day of training before they headed off to take on the world’s best at the International Mines Rescue competition in Russia.

Around 23 teams from 10 countries competed at the event that kicked off on September 22nd in Ekaterinburg. The international competition is held every two years and Wambo are seasoned competitors at this level, having competed in Canada in 2016 where they won the first aid category.

Travelling with the team is Craig Bates, Training Officer from NSW Mines Rescue (Mines Rescue). Mines Rescue has played an instrumental role in preparing the team for this event.

‘As well as the usual brigadesmen training that the guys are required to do to retain their active status, we have held a few additional training sessions for the team. These sessions have focused on mass casualty and triage for first aid which will be a big part of the competition,’ explained Mr Bates.

‘Wambo are an exceptional team. In mines rescue circles they are a team to be reckoned with, having had the experience of working together and claiming numerous mines rescue titles over the years. This takes considerable time and commitment from the brigadesmen and the mine in order to maintain competency in rescue techniques and other specialised tasks,’ he said.

Peabody President – Australia, George J. Schuller Jr. said he was so proud of the time and effort that this team has put into their preparation. “They have fought hard to make it to the international competition amongst some fierce competitors, in fact, Australia has some of the most skilled and dedicated rescue teams in the world which is a credit to our industry. We hope we can do Australia proud and bring home a win,” Mr Schuller said.

As part of their preparation, the team were fortunate to travel to West Virginia University (WVU) in Morgantown, USA to gain experience at both the WVU Academy for Mine Training, as well as the Mine Safety and Health Authority’s (MSHA) training facility. More recently they travelled to Northparkes mine in NSW to train with the team that have been four-time Victorian champions.

Peabody’s Wambo Mines Rescue Team Captain Mr Warren Kirk said that it’s not just about practical training but talking to other rescue teams and understanding how they mentally prepare for such scenarios and competitions.

“It’s really interesting to hear from different rescue teams and get different perspectives on their approach to the not only the competitions but the whole rescue process,” Mr Kirk said. “We are really thrilled to be in a comp that puts our skills to the test against the best teams around the world.”

Despite an outstanding performance by the Wambo team, the competition was won by Russian team Kemerovo MRS. Well done Wambo!