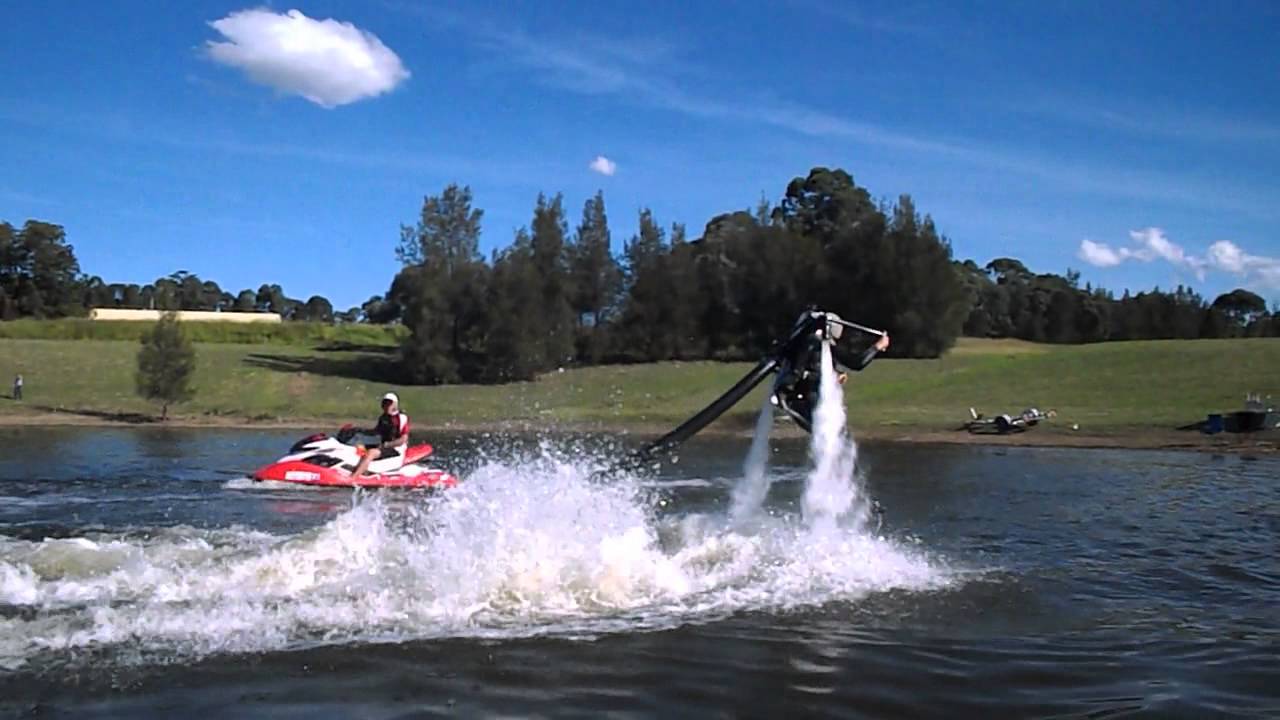 Since I was a kid watching the Jetson’s I’ve always wanted to fly a jetpack and finally that dream has come true.

I recently heard about Jetpack Adventures at Sydney International Regatta Centre so as soon as I had a free weekend I headed down to Penrith to finally tick the box on a long-held childhood dream.

Arriving at the Regatta Centre I am bursting with excitement, all I can think is how cool this is going to be. I meet with my instructor and he gives me a briefing about safety and equipment, explaining the 5-point safety harness that straps you into the backpack unit. Water is propelled from the powered unit into a 20 metre hose which is forced into the 2 jet nozzles which creates the power to lift you out of the water.

He reassures me that it’s easy peasy to control and totally safe, they’ve had everyone from young kids to grannies doing it and everyone always loves the experience.

Then as he goes through some safety precautions he mentions what to do if I propel myself under the water. Don’t panic is the most important thing to remember, he says. What? Underwater? I don’t even like putting my head under in the bathtub. “Um? I could get trapped under water?” I nervously ask. “You’ll be fine he says, I’ll be on the comms the whole time. You’re going to have so much fun!”

As the excitement turns to trepidation, I’m strapped into the jetpack which has now gone from looking like an awesome James Bond gadget to something Houdini would use in a magic trick that involved freeing himself from chains while trapped in a water tank. Was I really going to do this?

Of course! For you readers I would risk life and limb so into the water I go before I can change my mind. Mainly I just don’t want to look like a chicken… If granny can do it so can I.

As the Jetpack starts up, I remember his instructions for smooth and minimal movements. Two hand controls steer you left, right, up or down and when in a neutral position you maintain a hover.

Maybe it’s the adrenalin making me shake too much, or because the controls are super sensitive, but I spend the next few minutes erratically veering from left to right with frequent plunges into the water. Face first! But a second later I’m back up in the air, and it’s bloody awesome!

Hitting the water is scary at first but I’m up and out if it before the fear can take a hold, then it’s soaring up high or skimming along the top of the water. After a while I do manage some semblance of control, but I’m a far cry from mastering it. Easy peasy it ain’t!

Although I probably didn’t venture more than ten metres up in the air, it felt like a hundred and the feeling was simply thrilling. Flying with a jetpack absolutely lived up to those childhood expectations and I recommend you give it a go.

You don’t need to head all the way to Sydney as they also have a second location at Central Coast at Kariong / Mt Penang Parklands which is open most weekends. And in addition to the Jetpack they now offer a Jetboard adventure too. What are you waiting for!