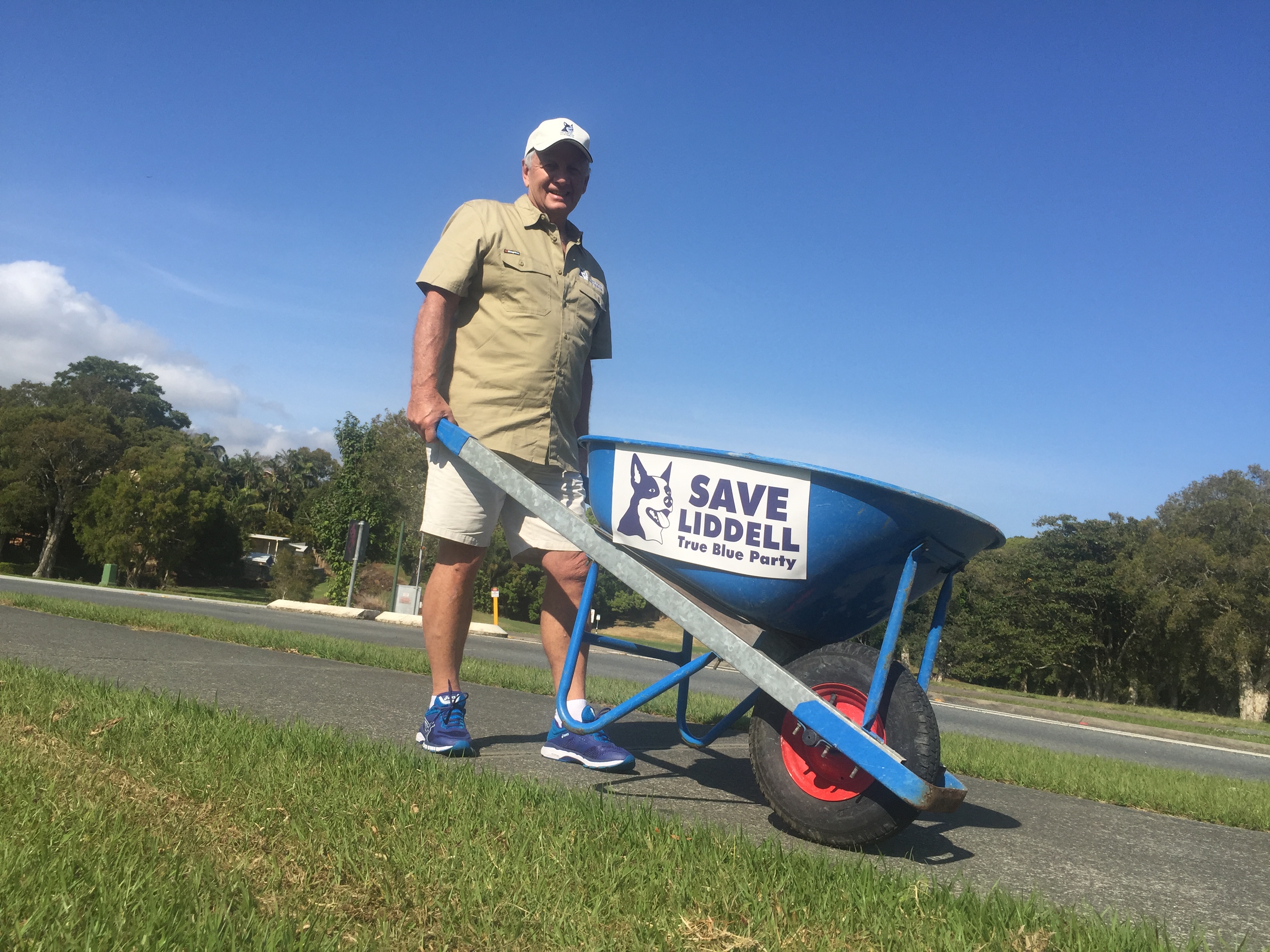 New political hopeful and passionate coal advocate John Murray of the True Blue Party Australia is stepping up to walk the walk for coal.

We recently sat down with John to hear what his party is all about. “The True Blue Party Australia is our newest political party and formed out of a need for mainstream Australians to have a voice on important issues such as energy policies, immigration, security and freedom of speech,” said Chairman John Murray.

Mr Murray has come out strongly against plans by AGL to close both Liddell and Bayswater Power Stations in the Upper Hunter saying these closures are in themselves bad enough, but the public announcement means that investment opportunities would be walking away from the Hunter today and those existing businesses that need reliable and affordable energy would also now be making plans to leave the area as well.

“The Hunter has some of the best quality coal in the world and we have it in abundance. To close down 2 of the top 3 coal fired power stations in Australia that sit right on top of some of the richest coal seams in the world is madness! We must oppose these plans by AGL, for the alternative is the losses of thousands of jobs, it will decimate the Hunter and have a massive negative impact on NSW energy supplies as well,” said Mr Murray.

“We urgently need to adopt a common-sense approach to securing affordable, reliable base load energy. Coal has been a wonderful resource for the Hunter and we must continue to use it for base load power until the next generation of affordable and reliable power supply comes along,” he said.

To promote his point John will be doing a solo protest walk from Liddell Power Station in the Upper Hunter to Branxton’s Drovers Camp at the back of Branxton.

He will be pushing a wheelbarrow load of black coal to raise funds. The 3-day walk will finish at Drovers Camp on Sunday November 4, where an Aussie music, bush poems and country BBQ will be held between 10am and 4pm. Limited tickets are available online with Sticky Tickets and the event will be called “True Blue Aussie Music”.

“If you love the Hunter and are concerned with what these closures will do for this area please come along. We have a great day planned!” said Mr Murray.

To find out more on True Blue Party Australia visit their website, email or call John on 0466 092732