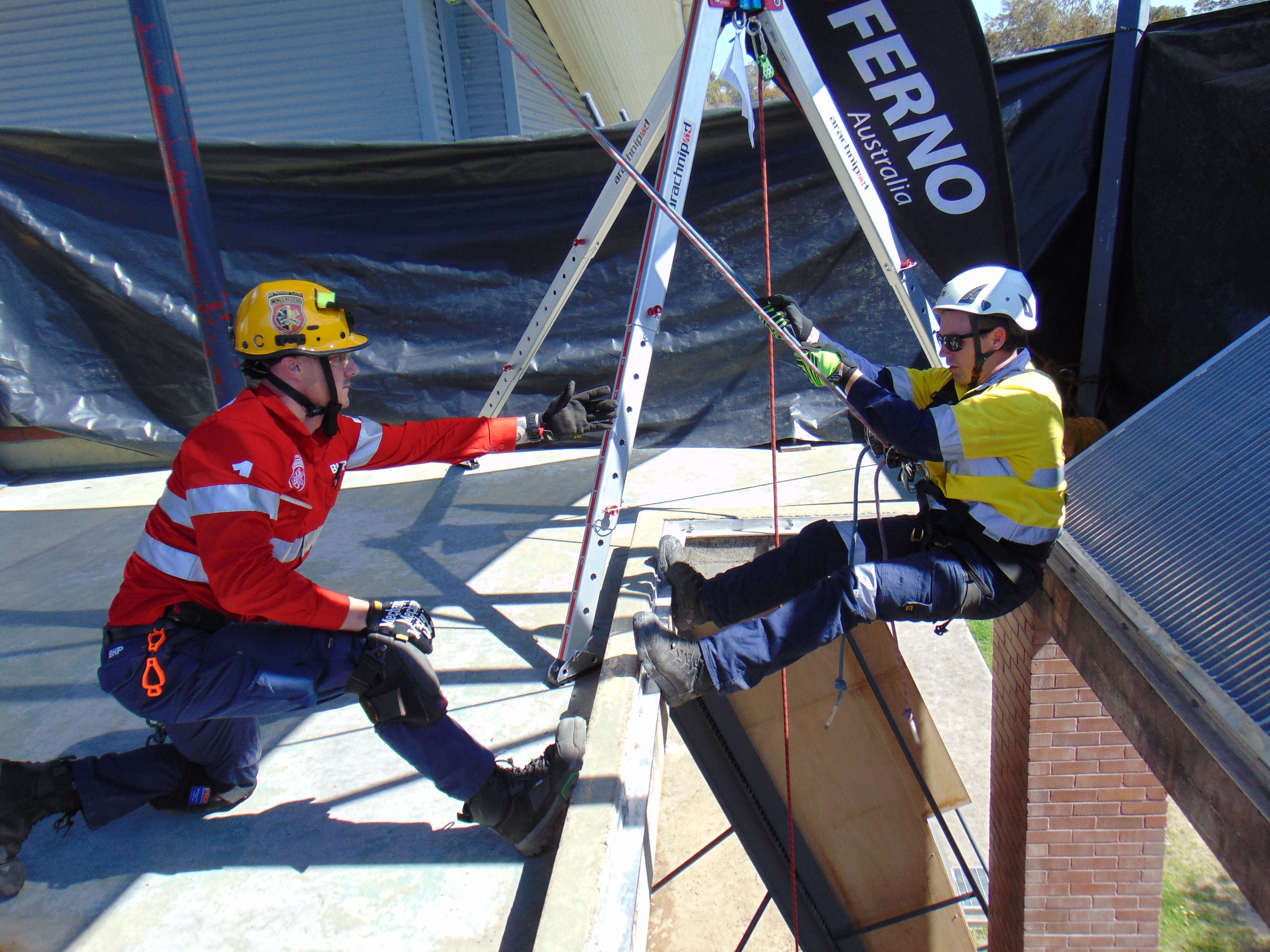 Ten open cut mines rescue teams from across the Hunter Valley battled it out in the annual Hunter Valley Mines Rescue Open Cut competition on September 14.

The intensity of the competition was matched by the heat of the 29 degree spring day as the teams took it down to the wire to decide the winner.

The competition included a number of emergency and rescue exercises covering such wide and varied tasks as first aid, industrial rescue, heavy lifting, a vertical rescue, fire and a motor vehicle extrication scenario. Individual practical exercises were also included, as was a complex confined space scenario, requiring the cutting of steel to rescue a trapped victim.

In his first stint as a team captain, Clint Lanesbury said he was overjoyed with the hat-trick result, “It was a very rewarding experience captaining the winning team. There were some new guys in the team which was great to see and to be part of their first competition. Congratulations to Dave Connell, Matt Enright and the team at HVMRS for running such a stellar event.“

Dave Connell reinforced this view, “The industry and our extended communities and families are really the winners in all of this. Having capabilities and skills like that of Mt Arthur’s, as well as the other nine teams, that in the event of emergencies can be deployed at a moment’s notice should give our industry and its workers some peace of mind. We also know, which has been proven time and time again, that our mines rescue brigadesmen provide very valuable safety leadership, not only at the coal face but also through their commitment to other roles they fulfil, such as volunteer fire fighting or medical leadership roles in community sport.”

On the day the troops were well fed by another great team from Singleton Men’s Shed on the tongs and @ the Coalface can confirm the steaks were bloody delicious!