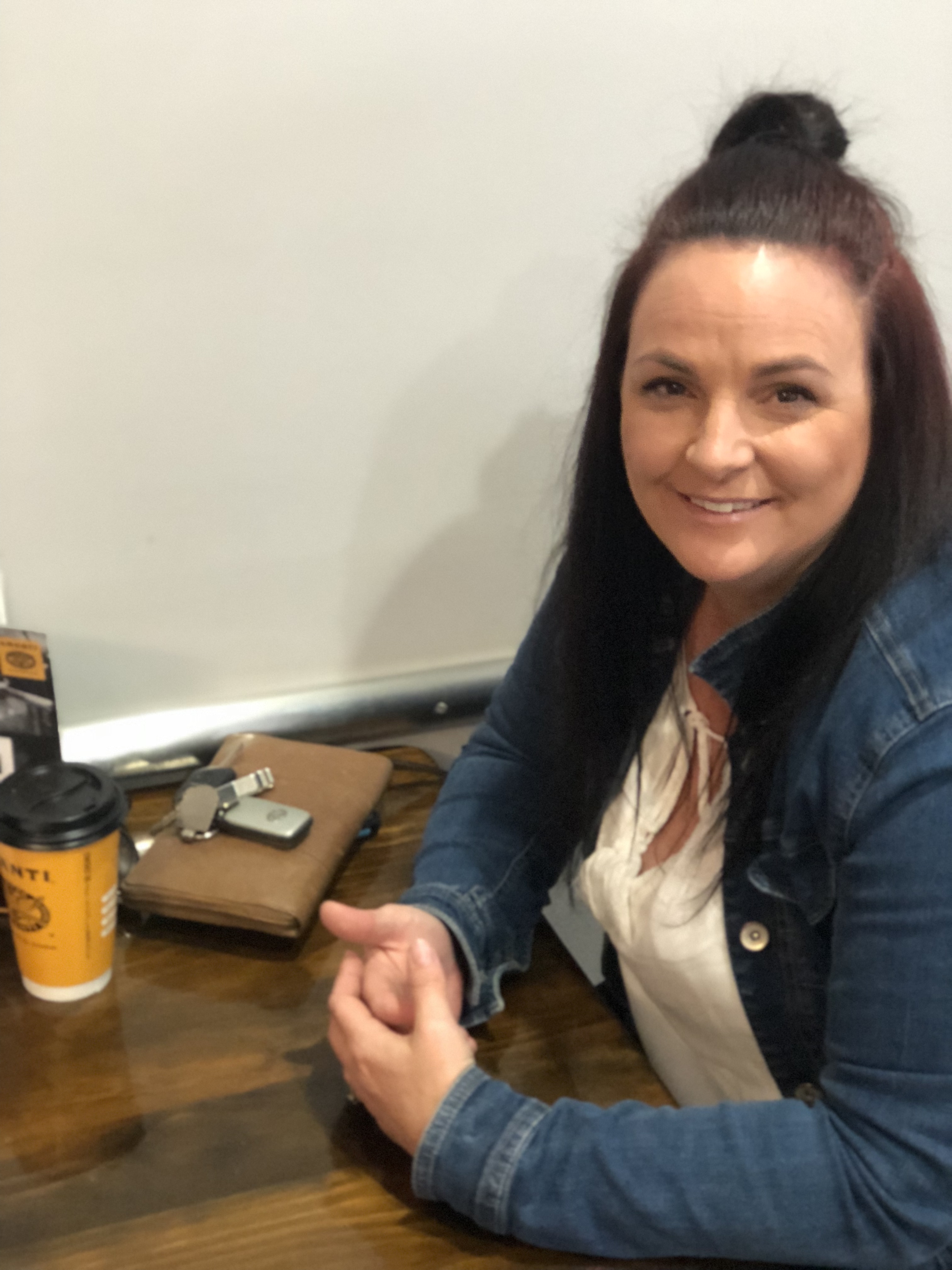 We often hear about females succeeding in staff roles, but how about the frontline women? Take Kelly Hitchcock for example, our mine management informants have her as the first ever female Shovel Operator. But it’s not only this achievement that has us glowing about Kel, it’s how she got there.

My name is Kelly Hitchcock and I am an operator at Hunter Valley Operations.

Any nicknames good or bad?

They have just started calling me Hurricane Hitchcock.

Why is that a watercart thing?

No, because of my trainer that trained me on the shovel, his nickname is lightning, and the guy that he partnered up with they started calling him thunder. So, the show was named “Thunder and Lighting”, and then when I got in they were like, “Well what are we going to call Kelly….Hurricane Hitchcock.”

Where do you live?

I live in Hunterview. I moved here because my mum was here.

When did you start and what’s the ride been like?

I started in 2005 with a contracting company called Mining Earth Moving Services (MES) after being a stay at home mum. I was the second female employed and went in as a cleanskin, it was like maybe a few months before the Trainee programs started coming in. It’s was tough, I often look back and think how the hell did I make it work. I have always been that sort of person who just won’t give up. If it’s something you want, you just go after it.

Early mornings! I’m not much of a morning person. I get up and head off to work about six. We start at half six and get out on the equipment.

How big is the crew?

There have been some changes, so I am not actually sure how many there are per crew at the moment.

Probably the people that you meet. The friendships that you form. Your workmates. I work with the best bunch of people.

I’d have to say day shift because of I kind of like the night shift. I actually think I get more sleep when I am on night shifts. Also rotating shifts because there are special occasions you just can’t get time off for and you have to miss. So probably not being able to go to all those family occasions and stuff.

How different is your job to what you wanted to be when you were a kid?

I have always been around machinery, so a job in mining was something I always wanted to do. I thought it was a bit out of reach trying to juggle it with a family, but once I became a single mum I was like what the hell, go for it. I can either be a single mom with three children and not be able to provide for them and let the government assist me for the rest of my life, or I can put my big girl undies on, get my act together and provide the life that I want my children to have.

How do you manage with the kids?

When they were little it was tough, but it needed to be done to provide for them. I started with in home care then I ended up with a nanny that would stay on my roster days. She had her own room and all of that. She would go home on her days off. I met her through the school that my girls are going to, and it just so happened that her dad was on my crew at work at the time, so I knew the family. I was like you look after the kids and make sure they are safe and happy, and I still took care of all the meals and housework. It was a battle with meal preps and washing and cleaning, so work was easy compared to that! The days off were just hectic with little kids and there were many days I would stay awake, so I didn’t have to put them in care that last day.

Being able to attend school functions and activities on your days off when they were younger would’ve been a bonus too?

Yeah, I was massively involved with the kids and their functions at school and l still love getting involved with whatever I can with them. Shift work allows you the opportunity to be involved in community stuff with them. Though the flip side is you also miss out on activities when you are rostered on.