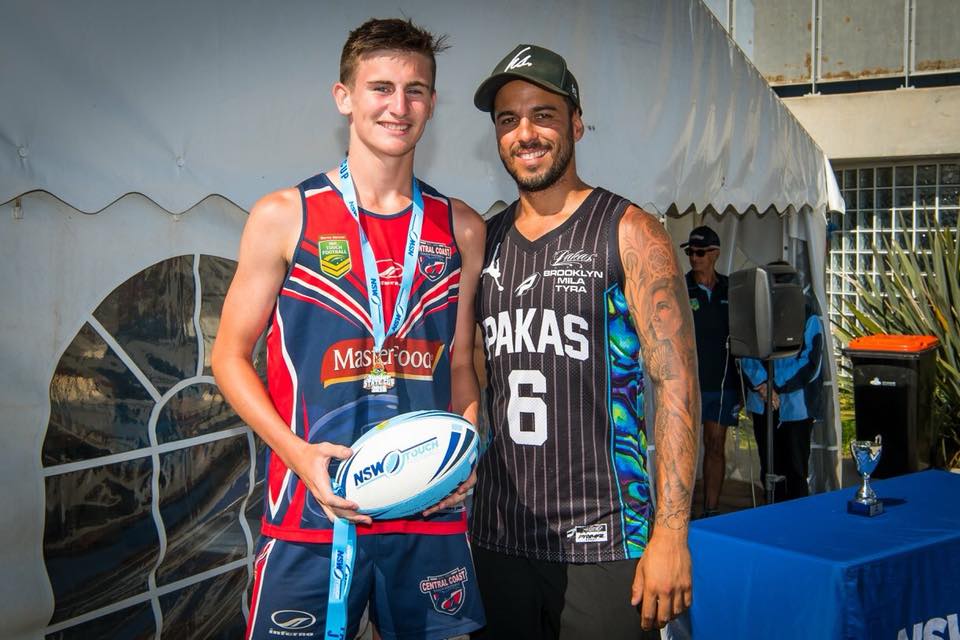 Touch football is a sport played in most regions and towns. The chance to throw together a work team, or a mixed team with the partner. Rarely do we hear about the success of those who progressed onto the big stage.

Josh Moffitt is his name and footy is his game. All kinds of footy as a matter of fact. Josh has excelled at Rugby League, dabbled in soccer and in the off season six years ago he started touch football to keep his fitness up and improve his skills, whilst also hanging out with his mates. 6 years later, he reflects on what started out as a bit of fun and now has taken him to not only national success, but international as well.

“My highlight so far has been making the Australian Team to play in the Youth World Cup,” says the dynamic player. “I have had great support along the way from my family, but also current Australian players Dylan Hennessey and Scott Buckley, who I’ve had the privilege of playing alongside of and also being coached by.”

Josh has just returned from the World Cup where he was part of the successful and undefeated Australian Under 20s team. Proud father Tad Moffitt who works at Ravensworth mine said, “He killed it! They beat New Zealand in the Grand Final 12-7 after going through undefeated.” Even over the phone it was clear in Tad’s voice that he was bursting with pride for his young fella’s achievements. “He won the State Cup last year, the Nelson Bay Tournament and they also won the Central Coast Tournament and Josh was named Player of the Final at each one.”

Tad goes on to say, “Dylan Hennessey is a real role model for him, he and his wife are great touch players and both of them and their kids have been a great influence on him. They’re great people.”

Tad was a very handy sports player back in his day as well, though credits Josh’s mum for the young man Josh has become and his success. “Lynda is a terrific mother, she has done really well with the boys. We divorced sometime ago, though I can’t credit her enough for what she does. She’s done a super job.”

In closing Josh says, “I’d like to thank Bendigo Bank, Adam McEwen, all of the people who have supported my fundraising and most importantly my family who have always been behind me.”