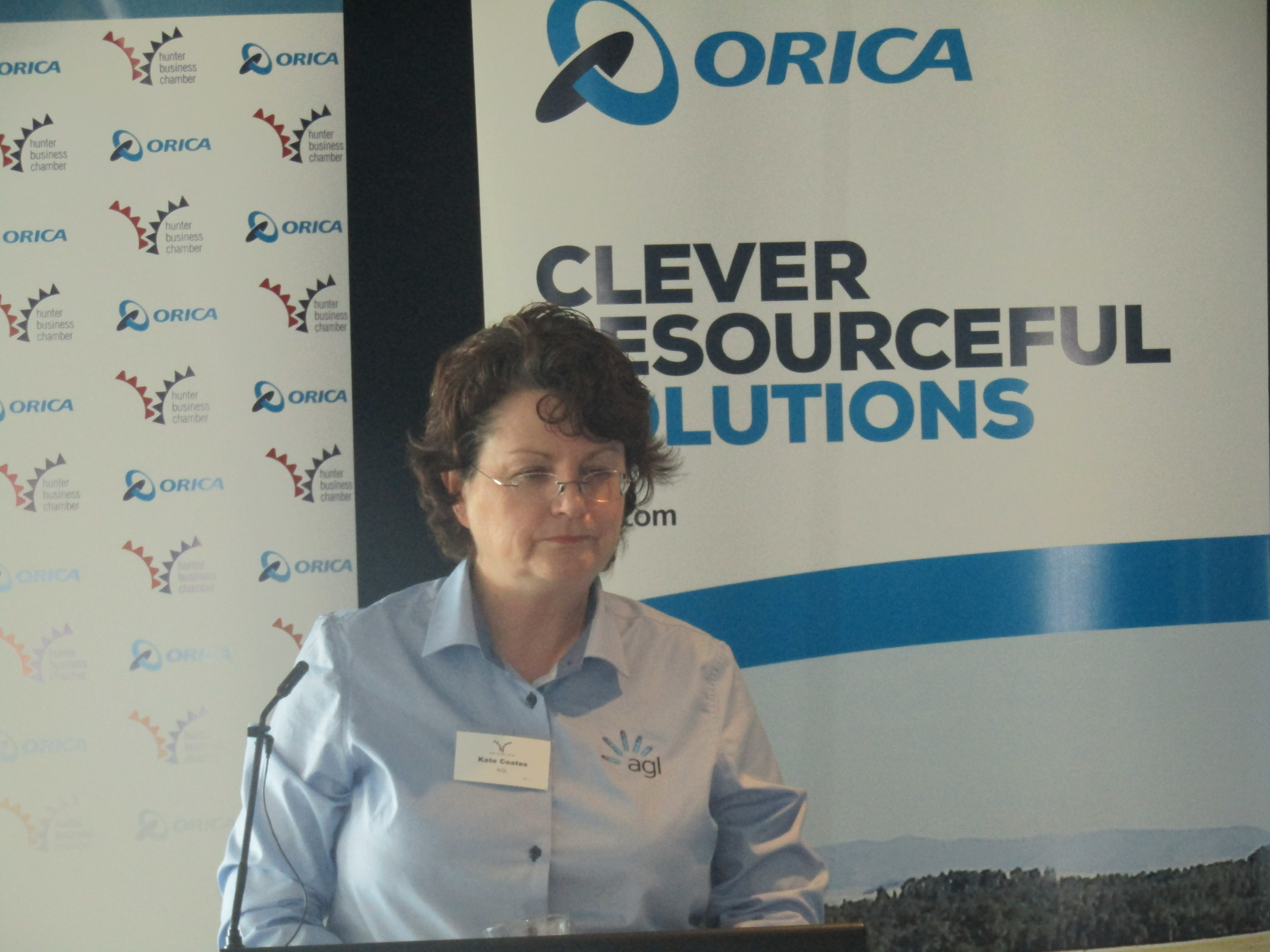 On August 24, AGL General Manager Kate Coates spoke at the Hunter Business Mining Lunch on the future of Liddell and Bayswater power stations.

It was a full house at Merewether Surfhouse, with the future of the Hunter’s electricity industry being a hot topic for our industry.

The focus of Kate’s talk was AGL’s NSW Generation Plan which will see Liddell close in 2022, a plan that has been in the works for many years and now more than ever is a contentious topic. It highlights the two options for Liddell.

Option 1: Close it in 2022 and replace in with different technologies including gas, wind, solar and hydro, at a cost of around $1.3 billion. Consumers will pay a cheaper levelised cost of energy – somewhere around $83/Mwh.

Option 2: Keep Liddell open for another 5 years at a cost of almost a billion dollars. The cost for consumers will be around $106/Mwh and AGL says there will be an unreliability of demand as they struggle to keep the power station working well past it’s used by date.

Seems like a simple choice? But there are many who don’t believe that AGL can deliver and electricity will be more unreliable and more expensive than it already is. Are they gaming the system as many have suggested?

There is no doubt that replacing Liddell with low emissions generations is the better option. As Kate said, “Transition has arrived, and the future is happening now. AGL is uniquely placed to drive that change.” What is in doubt is whether replacing Liddell will be able to provide the same baseload power and reduce costs to consumers.

Kate also talked about the Liddell Innovation Project which is looking at future uses of the Liddell site and the existing infrastructure. AGL says they are working on ensuring that the Hunter economy is not affected and that local jobs are maintained. They are seeking proposals that will deliver social and commercial value for the site. Again, it sounds great but will AGL deliver?

To throw more uncertainty into the mix, AGL chief executive Andy Vesey has resigned after four years in the role during which he has been in a standoff with the Federal Government over the Liddell closure. You must wonder if this will have any impact on the company’s plans.

Did we hear someone say HELE plant on the site? Stay tuned.