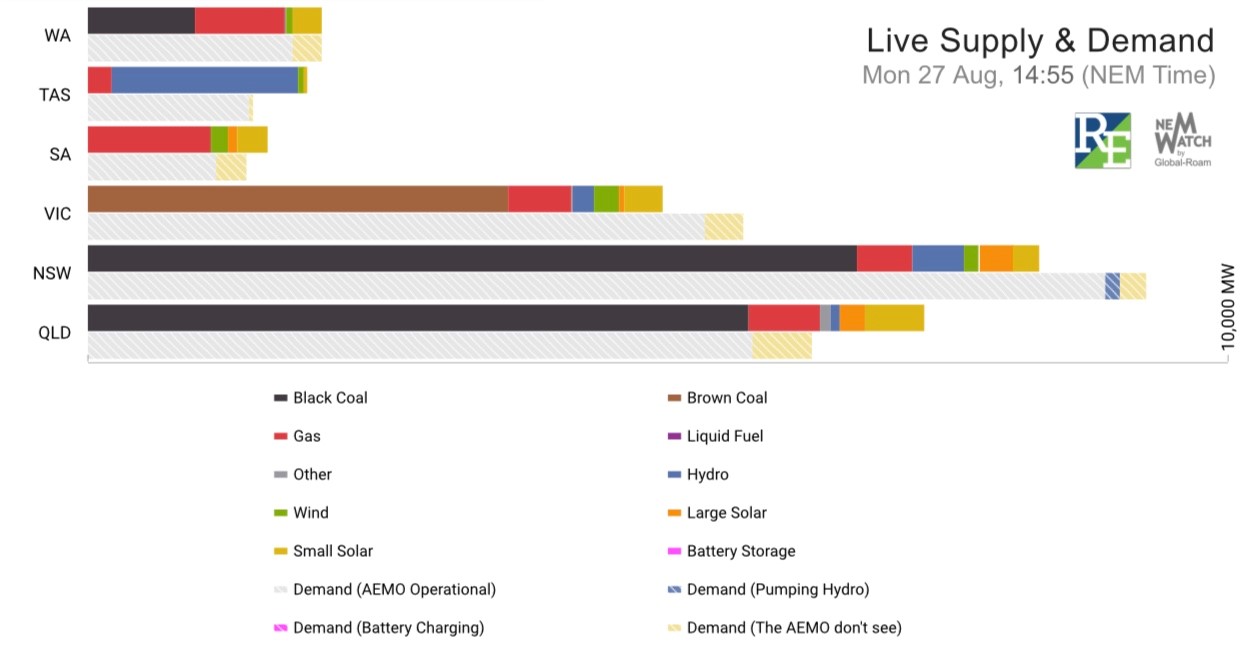 The Energy debacle seems to be playing out in every media outlet, but what are the facts? How do you arm yourself with the information to make your own decision without being influenced by mainstream media and political agendas? We have the answers for you!

Stay up to date with all live pricing and electricity movement via the app Pocket NEM. There are multiple options you can select and see the generation of output by region, powerplant and fuel.

This must be a good thing for consumers? Right?

While variable renewable generators are bidding into the market at negative prices, they are outcompeting other generators such as coal, gas and pumped hydro who have higher base energy production costs such as fuel, maintenance and staffing. While this may reduce prices at that moment there are flow on effects.

Unfortunately, uncertain weather patterns determine the availability of variable renewable generators meaning that these generators cannot provide reliable power. So, at night time when the sun isn’t shining and when the wind isn’t blowing we rely on baseload generation from coal, gas and pumped hydro.

With baseload generators having a base cost to produce electricity, they cannot compete with negative electricity prices and as such become unprofitable and cannot continue operations. This poses an obvious problem…

Who is left to provide power when the variable renewable energy generators are idle?

A certain amount of baseload generation must remain in the market to achieve reliable and affordable power. In the NEM this is largely supplied by coal with gas and pumped hydro playing a smaller role. With baseload generators forced from the market, leaving gaps in supply, electricity prices rise astronomically. Any generator that can supply the market when variable renewables aren’t producing power will stand to make large profits such as the expensive diesel generators installed in South Australia.

There is much hype around the potential for renewables to supply batteries which would provide the baseload power when weather conditions are not suitable. There are several issues with battery technologies, not the least that they are wildly expensive.

To supply both the NEM and charge batteries there would need to be a significantly greater renewable energy generation capacity installed which would be extremely costly. Beyond that, the technology is not yet capable of providing a NEM or industrial scale solution. For example, the world’s largest lithium ion battery in South Australia is capable of supply the Tomago aluminium smelter for around eight minutes. The cost to supply the entire NEM for a period of say 5-7 days without supplementary generation would simply be mind boggling!

Where to from here?

It is clear that reliable, baseload generation is critically important. With some of Australia’s ageing coal fleet coming towards the end of their usable life, something needs to be done to maintain supply and drive down costs.

Australia is an energy rich nation. With coal, gas and an untapped nuclear potential we could be an energy superpower with low cost generation supporting a thriving economy.

Perhaps we could have our cake and eat it? What are your thoughts?