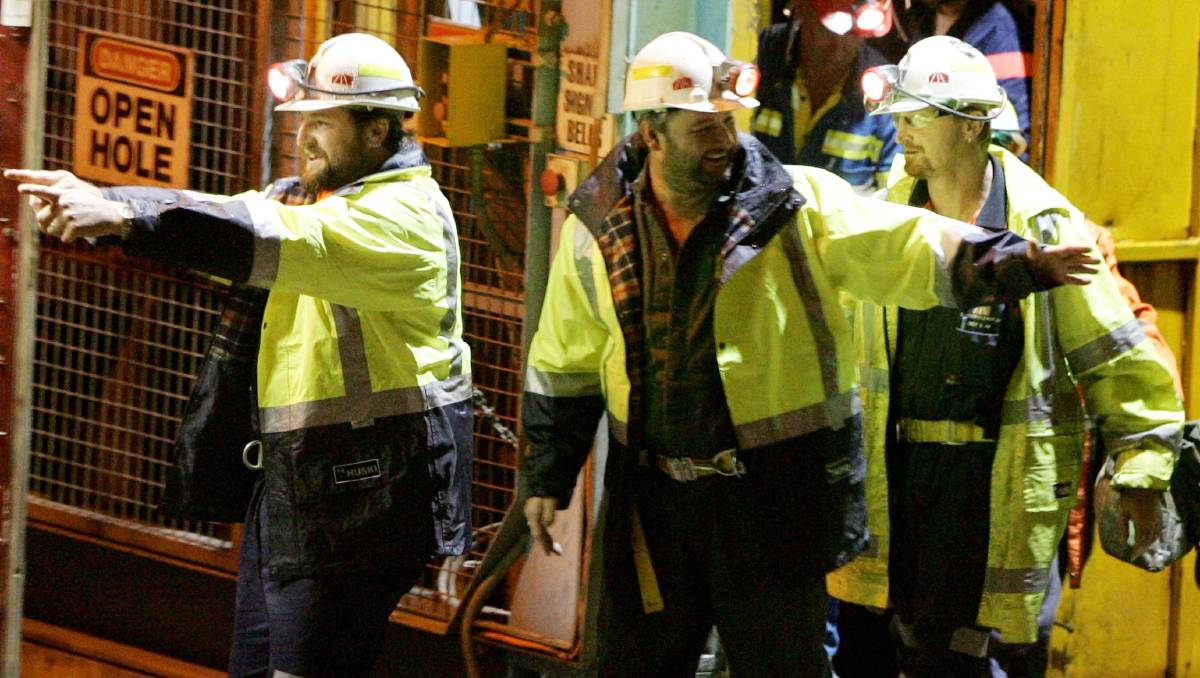 When you work underground, one of the biggest fears is being trapped with no way out. Here are some remarkable stories of miner’s around the world who have survived being trapped underground.

The Beaconsfield Mine collapse in Tasmania on April 25, 2006, captured the attention of Australia. The collapse occurred when a small earthquake triggered an underground rock fall in the gold mine. At the time there were 17 people in the mine and 14 were lucky enough to escape immediately.

Three men were unaccounted for; Larry Knight, Brant Webb and Todd Russell. Larry had tragically been killed in the initial rock fall, but Brant and Todd were still alive, trapped in part of the telehandler in which they had been working.

Brant and Todd were partially buried under some rubble but were able to free themselves by cutting through their clothes and boots using Stanley knives. They had no way of knowing if rescue was coming or what had happened to the other miners.

As the days went by they were able to survive by collecting groundwater that was seeping through the rock overhead in their helmets. It was not until April 30 that rescuers first heard Brant and Todd and knew they were still alive.

Rescue attempts were hampered by fears of further rock falls and rock five times harder than concrete made the rescue timeline unpredictable. A hole was drilled through which a PVC pipe was inserted allowing rescuers to send in fresh water, food and communications equipment. For eight long days this pipe was their connection to the outside world.

Finally, on May 9, Brant and Todd were freed after 14 days underground. On the same day the funeral of Larry was held, marking it as a day of both triumph and tragedy.

In 2010, 33 miners were trapped at a gold mine in Chile for a record 69 days and what was to become the most prominent rescue story in history.

It all began with a cave-in on August 5. Rescue efforts commenced and 17 days after the accident a note was discovered taped to a drill bit. “Estamos bien en el refugio, los 33.” (English: “We are well in the shelter, the 33 of us.”)

The world’s attention was captured, and help was offered. Three drilling teams, the Chilean government, NASA, and many private corporations all cooperated to complete the rescue.

On October 13, the men were winched to the surface one at a time, in a specially built emergency evacuation capsule, as an estimated 1 billion people watched.

On August 13, 1963, the roof of the Sheppton anthracite coal mine collapsed and three miners were trapped below ground; Henry Throne, David Fellin and Louis Bova.

The miners were believed to be dead and rescue crews were unable to access the shaft because of the threat of additional cave-ins as well as the presence of poisonous carbon dioxide.

At the insistence of Fellin’s brother Joe, who believed that the miners were still alive, a small borehole was drilled from the surface. After several days it was discovered that Henry and David had survived in a small, narrow chamber.

Rescuers dropped provisions to the miners and subsequent larger boreholes were made, including the final large hole which allowed the two surviving miners to be raised to the surface on August 27 after 14 days.

It was later discovered that the other miner Louis Bova, had gone in another direction and did not survive the cave-in. His body was never recovered.

On March 19, 1907, a thunderstorm flooded a gold mine at Bonnievale in Western Australia trapping miner Modesto Varischetti.

Unbelievably, Modesto survived in an air pocket and his workmates could hear him tapping from below the waterline. 6 days later, two divers using a long air hose and deep-sea diving equipment reached Modesto and were able to provide him with food, candles and other necessities.

Every day the divers would visit Modesto while water was being pumped. Finally, after 9 days, they tied a rope around Modesto’s waist and started the difficult climb back to the surface through deep water and sludge.