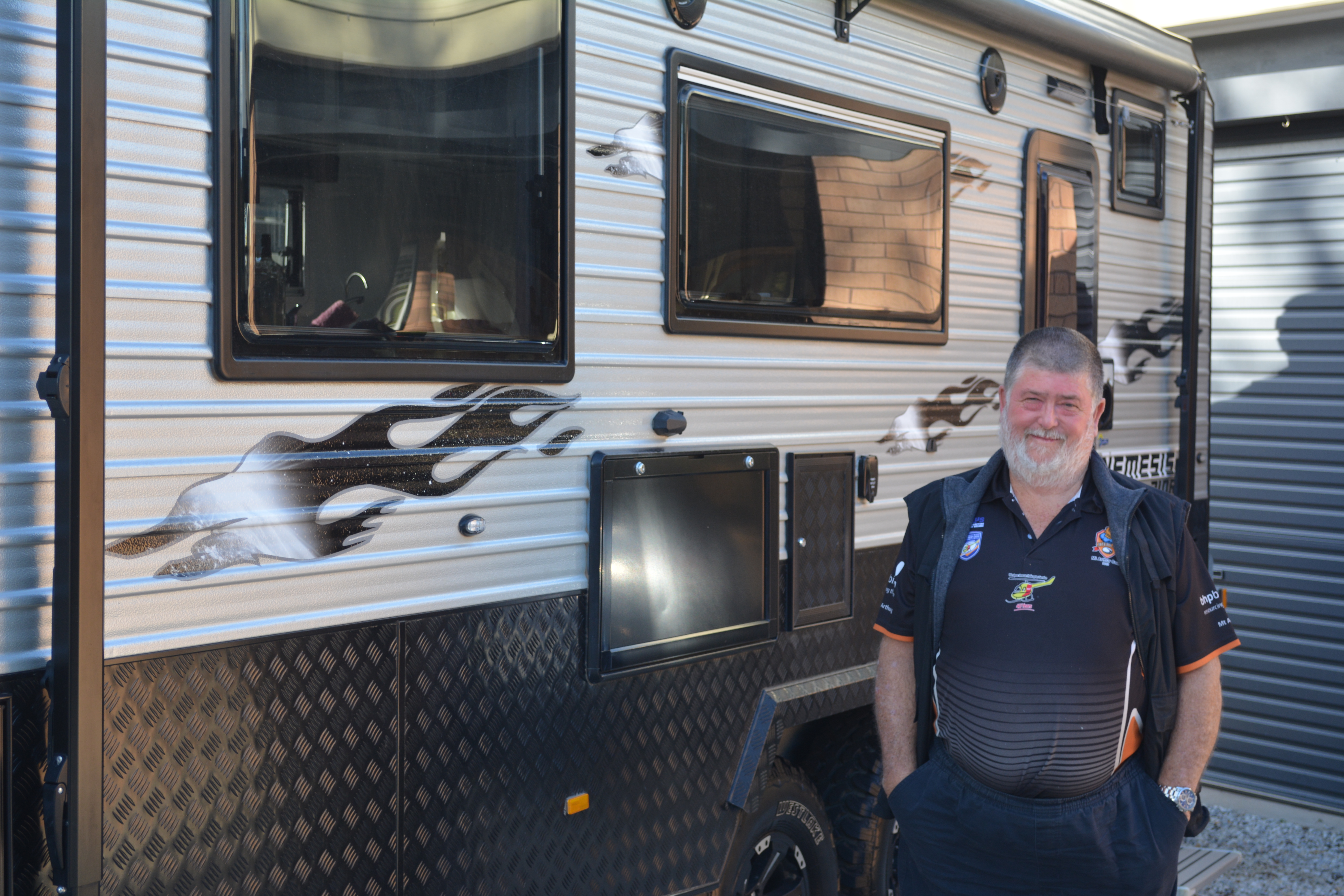 John Welsh’s mining workdays may be over, but his mining life will never be.

My name is John Welsh and I’m a retired miner.

When did you start in mining?

September 14, 1981. Prior to that I did 4 years at Liddell Power Station and I kept ringing the FEDFA office up until I ended up getting a start there at Old Bayswater which is now Mt Arthur Coal. I was on permanent nightshift for 14 years which I enjoyed. It was great back then. 8hr shifts and everyone was involved with their communities and they were flourishing. Nowadays people can’t commit to things because they work every second weekend. The roster I finished on wasn’t too bad, but the ones out there that they call a lifestyle roster, they aren’t good for people with kids in school or involved in community groups.

What was it like when you started back there compared to now?

A lot better than they are now. (He says with a laugh.) The culture was great back in those days. You could have a bit of a joke and that back then. Probably a change I don’t agree with is the dispatch system, I think whilst there’s the need for the business to track things, I feel there’s too much lost time. In more recent times, it’s the casualisation of the workforce. If someone is doing the same job after 6 months there should be a legislation that they are offered a fulltime job. They say people are their most important commodity, now it’s time to walk the talk. It’s just got out of hand. You will see more loyalty in turn I believe, with people being given that support from companies.

If you could change one thing in the industry, what would it be?

I believe the best managers and the best times I’ve seen, are under people with industry experience. It’s great for people to go through university to get the legislation and mining design skills, but the best culture and results come from those that have been in the pit and have life skills. It’s alright to say that’s how we’re going to do it because it looks good on a computer, but in real life that’s not necessarily the case. Also, cameras in trucks and digital recordings are just spiders, I don’t agree with them.

What do you miss most about the job?

The people you work with. There were some very good people. There’s a few of us that stay in touch regularly, but the crew is something I miss.

What memory sticks in your mind from your mining life?

What’s the key to a successful pit?

Morale. Definitely Morale. You can’t enforce it. You have to be a leader with the right people under you, not just those who tell you what you want to hear. Respect and transparency with the workforce is a big one. Rewarding your employees is another big one. It doesn’t take much, but it goes along way. Listening to questions, new ideas and not just hearing them. Communication is the most crucial thing to a successful pit.

What advice do you have to give someone starting out in the industry?

Become a member of the union, the union does the right thing by you. If you feel like something seems right or wrong, speak up don’t walk past it. At the end of the day it might not be you that’s affected but it could be the bloke next to you.

If you could go back and do anything different, would you?

Probably not. I call a spade a spade and enjoyed my time with a great workforce.

Travelling has been a big part. We’ve been heading to places all around Australia like Port Augusta, Alice Springs, Tassie and Ayers Rock. Hopefully we can go and do the Murray next year. It’s been great to see our beautiful countryside. For now, its home with the family and spending a little bit of time with the grandkids.