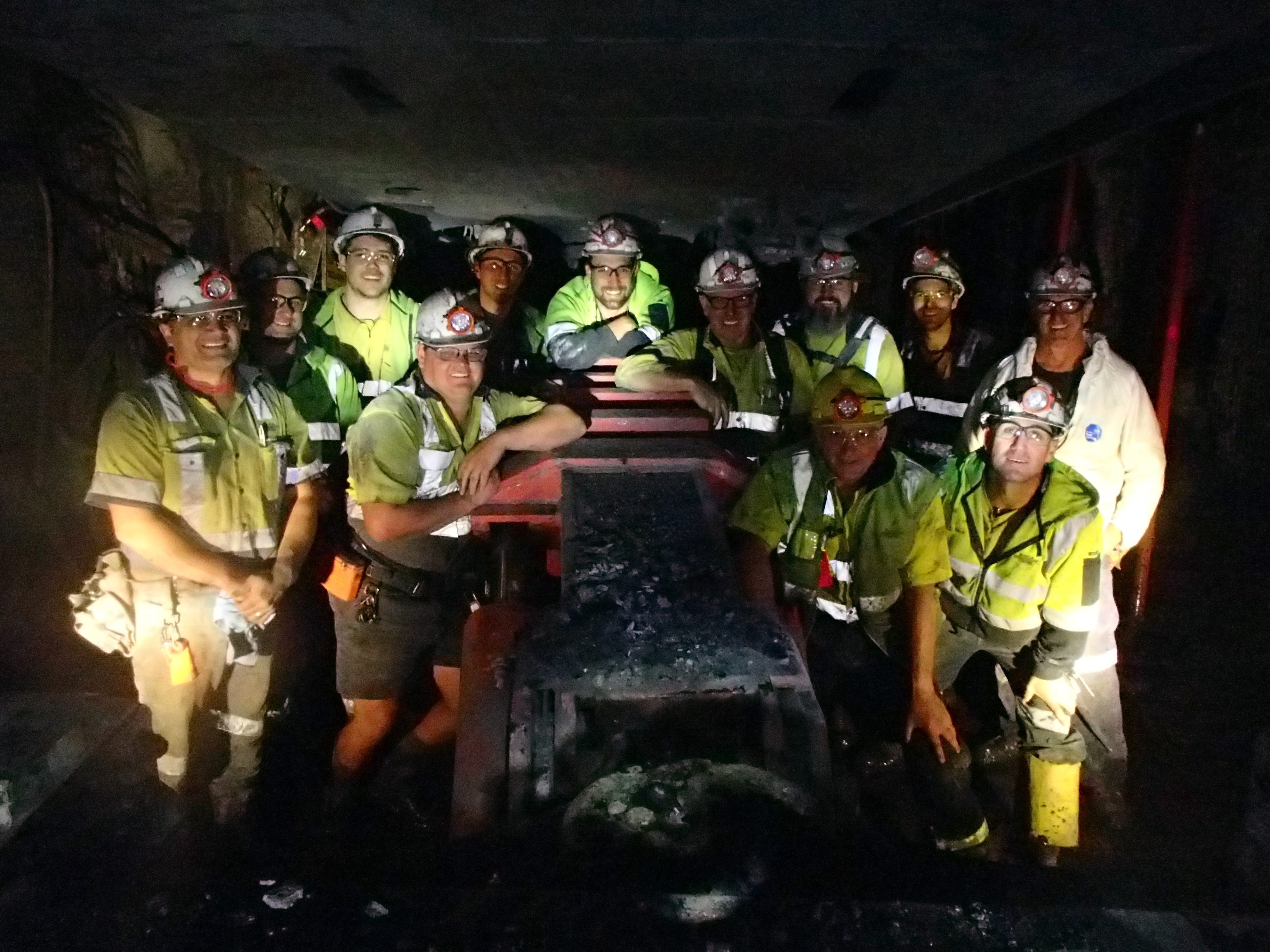 On July 25 the underground shafts at Bulga Underground were officially sealed and we said goodbye to one of the Hunter’s benchmark mining operations.

Throughout the Bulga Underground history there have been three very successful mines: South Bulga, Beltana and Blakefield South. Each have made their own substantial contributions, and together they are responsible for building Bulga’s illustrious reputation not just locally, but internationally.

During the 36 years of operation Bulga Underground set many records with record tonnages and production levels surpassing other underground mines. They demonstrated plenty of innovation and problem solving, working with international partners and being recognised around the world for their achievements.

It’s a reflection on the high standards and professionalism shown throughout the life of the mine that its record coal production and ground-breaking innovations were achieved without the loss of a single life and they can be proud of the legacy they are leaving behind.

Over the years, the Bulga underground operations have seen 825 permanent employees and over 1000 contractors working alongside each other and each playing a part in the making the mine a success.

Operations Manager, Charlie Spence says one of the biggest strengths of Bulga has been the underlying workplace culture and the pride and dedication of the workforce.

“South Bulga started on a shoestring and right from the get go there was a strong sense of ownership among the workforce. You felt like you were part of something bigger than yourself. We were breaking records and having a good time doing it. The underlying workplace culture always made you feel empowered and it made it a great place to work.” Charlie said.

Bulga broke many records when it came to productivity at all three of its mining operations.

In 2005, Beltana broke the Australian longwall production record, with an output of 955,049 tonnes. This achievement was quickly trumped when one million tonnes of coal, from longwall and development, was mined in a single month. Beltana was the first coalmine outside China to achieve this level of production, and the mine received international recognition as one of the best underground operations/workforces in the world.

Keeping up the same incredible levels of production was Blakefield South. In 2014 a record breaking 1 million tonnes of coal was produced for three consecutive months, a substantial achievement for an underground mine and a milestone in Australian mining.

When the decision was made to close the underground operations, the workforce at Bulga saw it as an opportunity to go out strong. For the last year of operation, they smashed out their budget and production goals. Although the forecast was for  4.1 million tonnes, they did a whopping 6.2 million. This goes to show the committed attitude of the entire workforce right to the very end.

Bulga has always strived to be not just accepted by the local community but welcomed. Whether it was working with the vineyards it operated under or working with dairy farmers whose property they drilled gas through, it was always about working together for mutual benefit.

What is unique about Bulga is that their activities took place beside and below the thriving Broke Fordwich wine tourism area, the only mine to ever mine underneath commercial vineyards. It involved 2 years of extensive planning, consultation and trials and was a success.

They’ve mined under Charlton Road 16 times, Broke Road 3 times and privately-owned vineyards, farms and properties with little impact. They’ve even mined under the irrigation & town water supply pipelines and powerlines, without any interruption to supply.

Throughout the life of the mine they supported countless local events, ran community BBQ’s, working bees and family days, and directly funded many local organisations, most significantly, Broke Public School.

The first coal was cut underground on 23rd March 1992.

An official history of the Bulga Underground will be produced by historian Ray Christison later this year. Here’s a snippet of his work.

The first underground mine in Australia operating a single longwall to produce more than four million tonnes of coal per year. In 1996 the mine achieved labour productivity exceeding 24,000 run of mine tonnes per employee. This was double that of the next most productive underground mine, and well ahead of most open cut mines.

In September 2004 Beltana Highwall Mine achieved the highest production per employee of any coalmine in NSW, either underground or open cut. By the end of 2004 Beltana had produced a record breaking 6 million tonnes of coal. As production rates soared, development crews were also achieving outstanding results, with mining advancing at rates of over 4 metres per hour. Performance levels achieved in 2004 earned Beltana the title: “The Coal Factory”.

Blakefield South was internationally recognised as a leader in the application of Extended Reach Drilling (ERD) to meet the requirements of gas drainage in a coal mine. The project, commenced in 2009, required close partnership between Bulga Coal Management and PathFinder, a subsidiary of Schlumberger, and a number of innovations to adapt oil industry techniques to the context of Blakefield South.