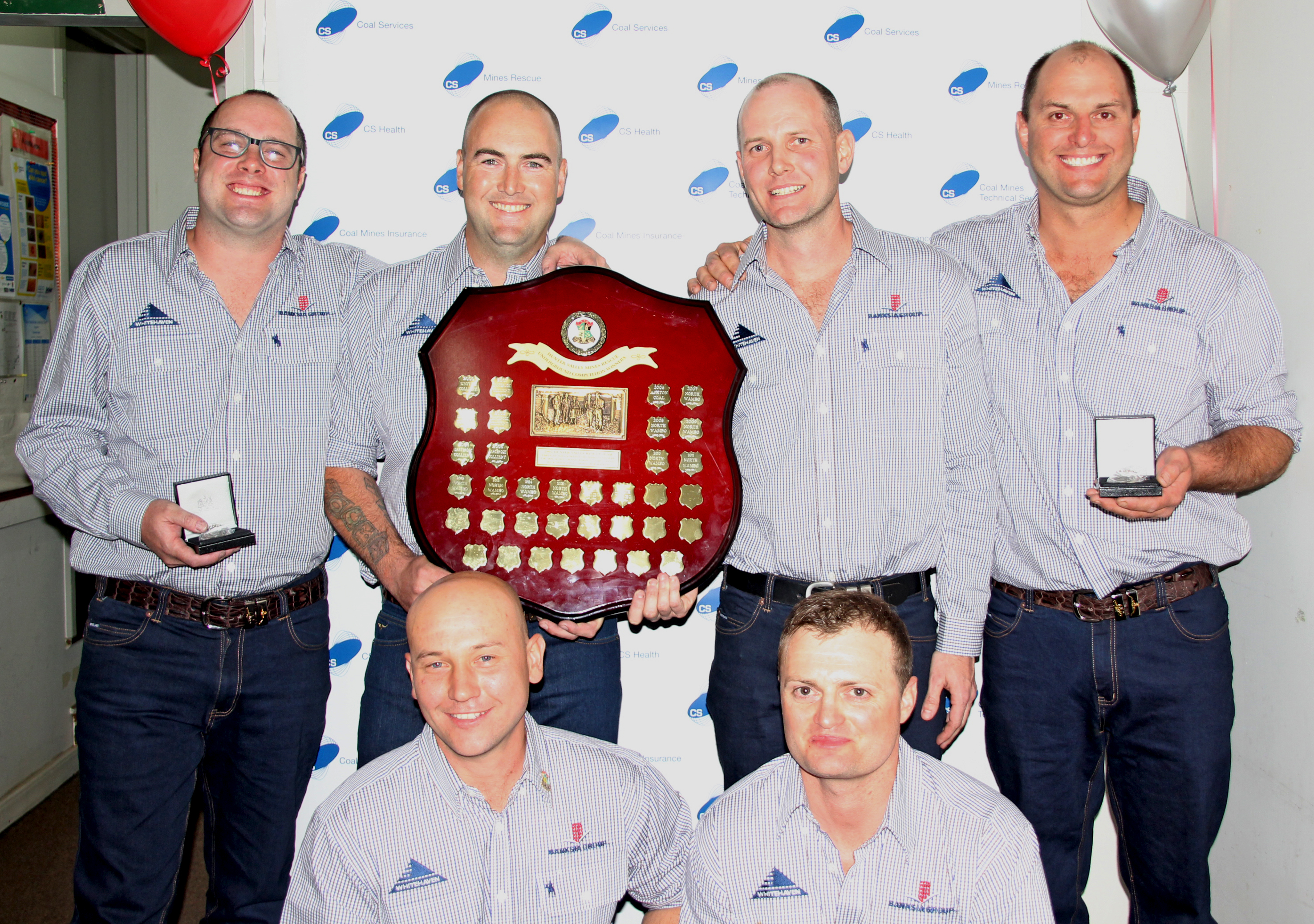 After coming a close second in 2017, Narrabri pulled out all the stops this year to bring an end to the 10-year domination of Peabody’s Wambo team. By all accounts Narrabri’s win was a stellar effort with Wambo named runners up.

The Narrabri team also took out the highly contested First Aid Award, and captain Dave Malone was given the honour of taking home the Wayne Wallace Best Captain Shield. Dave humbly received the winners shield on behalf of his team.

“This result was only achievable due to the effort that every one of them put into training and preparation, often at the sacrifice of their own family time to get ready to compete. This win is a reflection everyone’s efforts, team work, skills, competency and commitment to the tasks that were thrown at us,” Dave said.

“I would also like to sincerely thank our General Manager, Steve Bow, our Mine Manager, Gerald Linde, and our Mining Engineer Manager Brian Williams, and Matt Hall our Safety and Training Coordinator for their commitment to supporting us with our preparation and training efforts. The team at Hunter Valley Mines Rescue should also be commended on their efforts for once again pulling together an excellent event that each year continues to test our skills and competency.”

Until this year Dave was a member of the Wambo team and reflected on how the mentoring and skills development afforded him by the Wambo team has helped shape his achievement of captaining a winning side.

“Finally, I would like to acknowledge the Peabody Wambo team and their efforts today. They are an exceptional team, and this is a bittersweet moment for me. I wish them well when they travel to Russia later this year to represent Australia on the world stage at the International Mines Rescue Competition,” Dave concluded.

Hunter Valley Mines Rescue Regional Manager, David Connell reflected on the changing of the guard saying, “Narrabri should be congratulated on their performance. This was by no means an easy feat. The hard work they have put in over the last few years has paid off.”

“This is a win, not only for Dave Malone and the boys, but for Whitehaven. It is a testament to their investment in building a high level of capability in mines rescue and emergency preparedness. This should provide peace of mind to their workforce, having such highly skilled and specialised brigadesmen ready to respond in the event of an emergency. I also have no doubt the benefits of their training are felt in their day to day operations with these men providing safety leadership in their workplace, and to the extended communities if and when required.” David said.