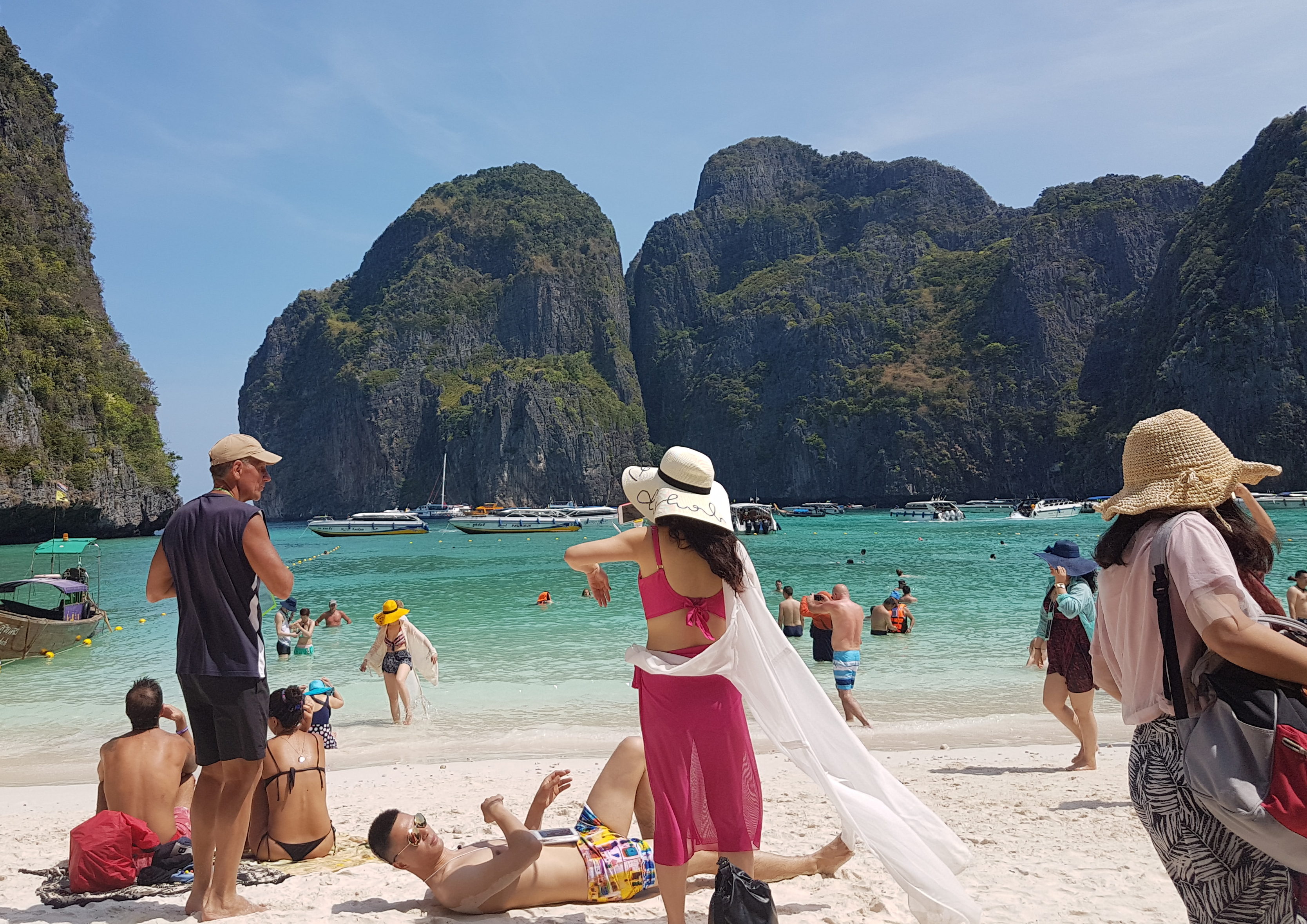 The last time we reviewed the land of Pad Thai and lady
boys it didn’t go so well. So, like the Hangover 2 movie
which was set in Thailand, we decided to make a sequel.
As part of the missus’ exhaustive month long 40 th birthday festival, 10 of us
decided to travel to Thailand to celebrate. Having to write this story, obviously
it was all about work for me. In between long, long hours at my computer
writing this up while the others had fun, I did manage to get up to the
occasional bit of mischief.
Leaving downtown Singo just after the Coal Festival, I headed for Sydney
airport. Being a corporate blagging type the missus managed to score us
some passes to the Emirates lounge and that set the scene for a couple of
weeks of bloody great holidaying. After smashing the awesome free food and
single malt scotch in the lounge we hopped on the A380 Bangkok bound. A
bloody good airline that Emirates.
Landing in Bangkok we emerged to the warm tropical atmosphere and chaos.
From there the destination was the swanky Lebua hotel in central Bangkok
made famous in the Hangover 2 movie. It didn’t disappoint. 57 floors up, our
room had movie star views and was pure luxury.
With only a few days in the capital before heading south to
Patong we got busy.
To start we took a long tail boat ride up the Chao Phraya River and into the
surrounding canals to get a wonderful feel for this stunning river city and its
people. It’s a must do few hours where chaos and calm sit side by side in
perfect harmony. Later we ventured to an upmarket Thai restaurant called the
Namsaah Bottling Trust and it was amazing. Don’t miss it if you are in
Bangkok.
The next day we decided to walk the city toward Chinatown and every step in
this great city revealed a feast for the eyes and the senses. Worn out but
determined not to give up, we decided to take a tuk tuk night food tour and
what followed was as fun and tasty as it gets. Down and dirty local restaurants
served up a feast to remember. Bangkok, we love you.
From there we jumped back on a plane and headed to
Patong beach in Phuket for the next 8 days.
We landed right on Thai New Year and straight into the annual national water
fight that is the Songkran Festival. WOW! The streets are filled with people
and the entire population is drenched and having fun. This is the time to go
and it’s a site to behold and experience.

We stayed at The Amari resort and it didn’t disappoint. The rooms, the food,
and the set up on the bay saw us eating, drinking, diving and generally living it
up in style. It’s the place to stay. Venturing into town we checked out the
nightlife. The place is heaving and yes there are lots of the tacky girly bars
offering all kinds of interesting entertainment. No, we didn’t indulge. But we
did stop at a few street front ones and watched the world go by and yes it was
entertaining to say the least.
Over our stay we drank plenty of beer and loads of
cocktails. We took long tail boat rides to beaches that look
better than a postcard. We rode tuk tuks everywhere and
went to flash beach clubs and dodgy bars.
Easily the best day of all was a speedboat ride we took with the amazing
Vitamin Sea Speedboat Company out to the Phi Phi Islands and the bay from
the movie The Beach along with a few other stops. Our darling host ‘Darling’
was as funny as she was professional, and the crew was amazing and
friendly. The boats are brand new and they fly. We went snorkeling, eating,
drinking and sightseeing on what was a day to remember. Do it when you are
there and forget rest, Vitamin Sea are the best!
So, to wrap up, if our first article didn’t motivate you to get up and go to the
land of Pad Thai and ping pong then we hope this one will. It’s a top of the list
destination.