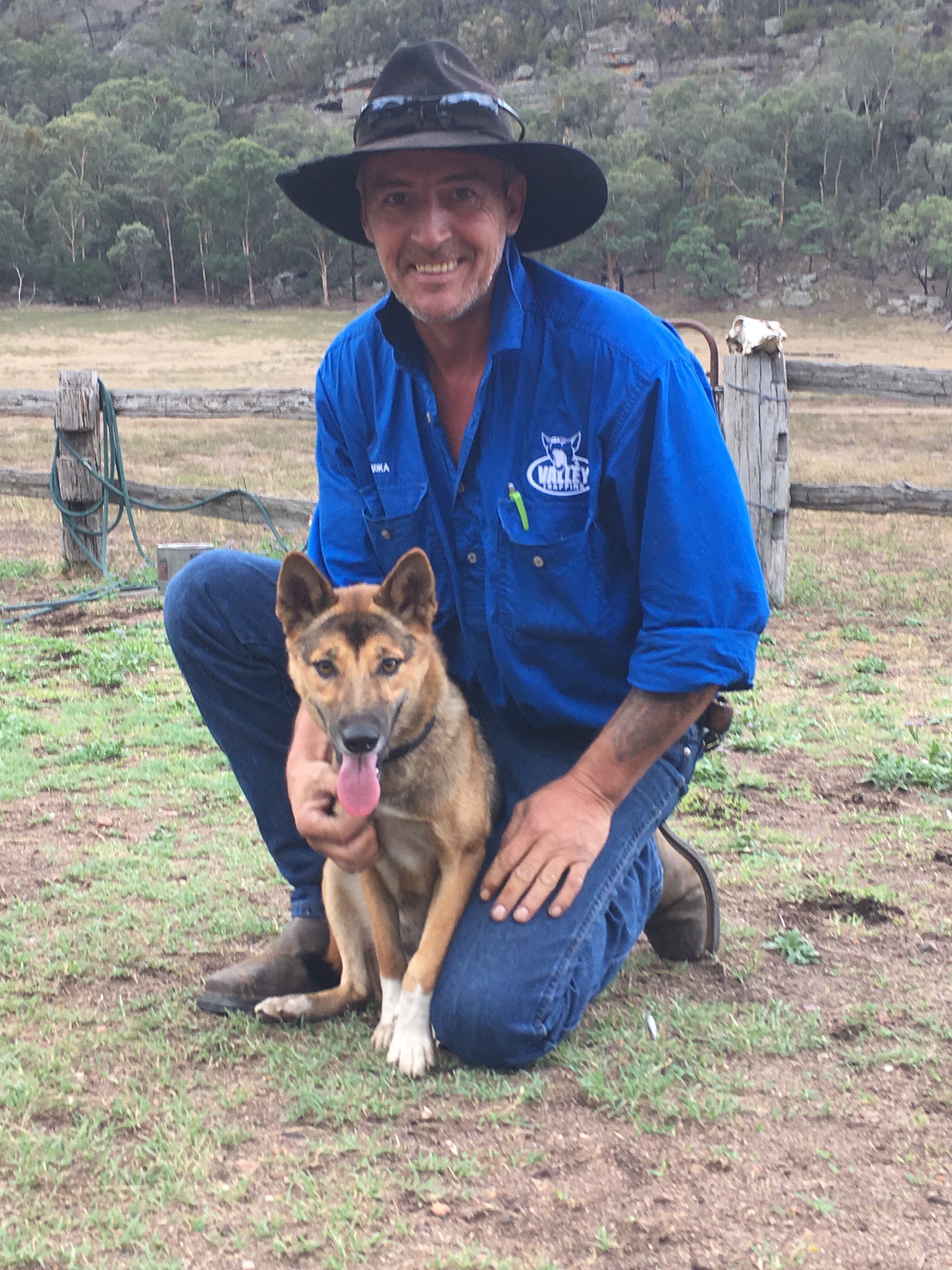 Every time I run into Vodka Dryer he runs into about ten
other people who know him. He’s a well-known character
from the mining industry and local community. The only
ones who don’t like to running into him are the local wild
dogs!
Well known for starting the powerful yet peaceful ‘Shirts on the fence’ ‘You
took my job you can have my shirt’ protest on the corner of Edderton road
during the Drayton South open cut campaign, Vodka is from up near Widden
these days.
Post Drayton and post downturn, we caught up with him and he has
gone from Hunter coal to hunting dogs.
“Locally, and pretty much across most other rural communities, wild dogs are
a big problem that is only getting bigger. Some of the damage, death and
injuries to livestock can be heartbreaking. There are a lot of dogs out there
despite baiting programs. Mine sites along with national parks and farming
land are all prime locations for them to breed. While baiting is important and
useful, these are cunning animals and the older dogs are known to teach the
younger dogs to avoid them. In my time mining we always had dogs coming
through. I had been in the mines operating dozers, graders and trucks since
1996. In underground and in open cut, the last time being at Drayton where I
was retrenched along with the rest of the workforce. I’ve been trapping dogs
now for about three and a half years and that’s my job now. Just at Carabbe, I
have caught 13 dogs in the last five weeks,” said Vodka
Despite the initial distress and upheaval losing his job, Vodka says he is
not really missing mining.
Vodka passionately talked to us about how the drought is making things
worse as more dogs are come out from higher country due to lack of water
and feed in locations which is making the packs roam further and wider. Make
no bones about it, killing dogs is confronting business, but Vodka stressed
there is a right and a wrong way to do it.
“Obviously we are killing feral animals but we are very careful to do it
humanely. The traps we use are specially designed with rubber jaws and
offset to hold the dogs while not being overly cruel. They are checked daily
and putting them to sleep is done as efficiently as possible to minimize
distress to the animal. The courses I have done teach best practice and I
hope to grow the business combining my mining experience to be one of the
best in the business,” stated Vodka.
The mutt you can see in the picture is called Lucky…”Lucky to be alive!”
laughed Vodka. She is 50% Dingo and Alsatian as far as we can ascertain.
She went from target to part of the family.”

Every dog has its day Vodka and we hope you and Lucky have plenty of good
ones to come. Best of luck and it’s your shout for a couple of XXXX’s next
time you come to town.