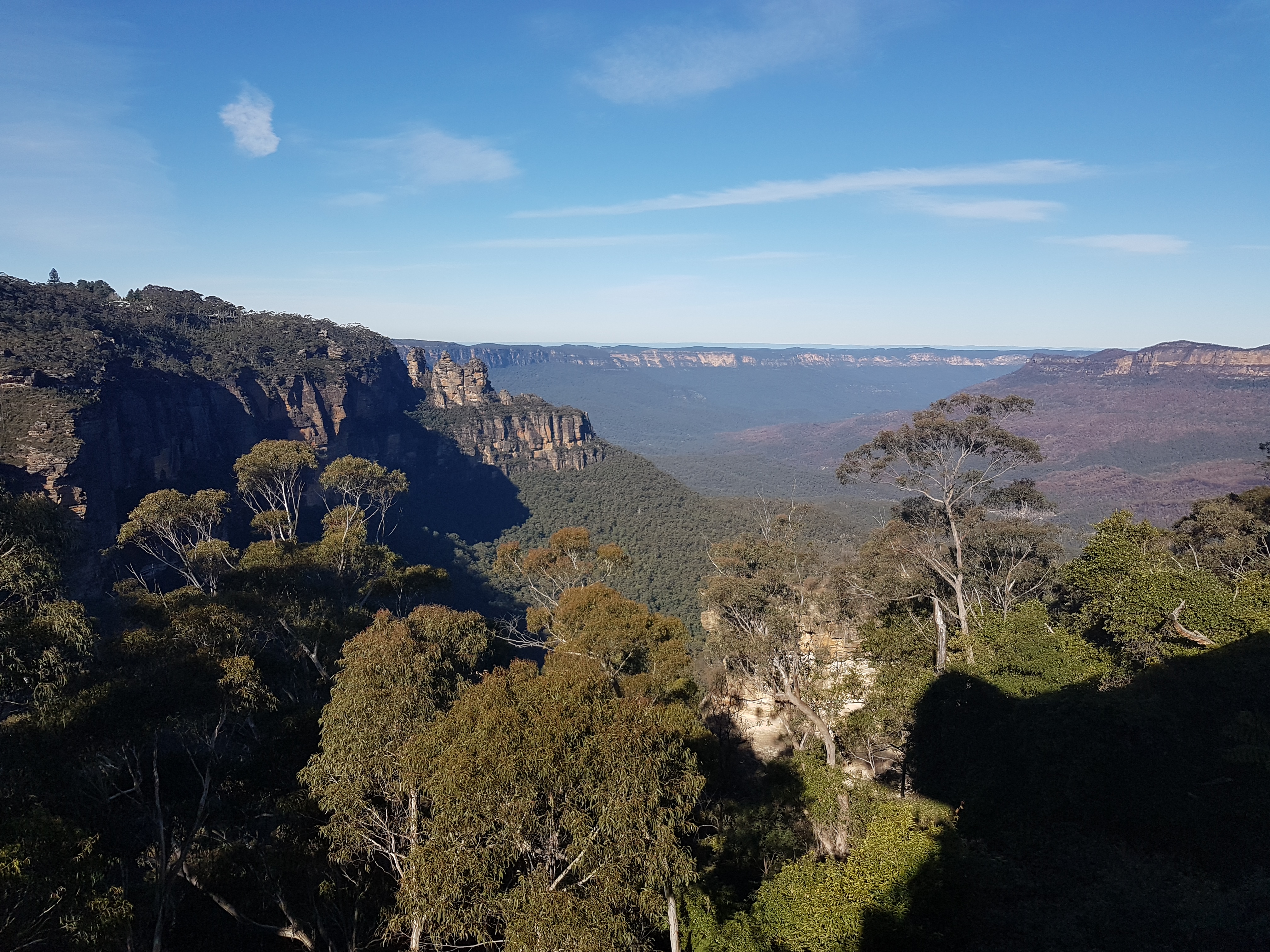 What better place for a coal miner to forget all about work
than the Blue Mountains. Underground caves, repurposed
mine sites and bulky boots and jackets. Wait. That sounds
familiar…
Only a few hours’ drive, the Blue Mountains offers some of Australia’s most
spectacular scenery with its breathtaking lookouts, sparkling waterfalls and
hidden caves.
Our first stop was to Scenic World. Established in 1945, when Harry Hammon
and his sister Isobel Fahey bought the lease of the Katoomba Colliery Limited
it had operated as a working mine since 1928. The showpiece of the Scenic
World is the steepest passenger railway in the world which takes you down
into the rainforest on a 310 metre descent. Then it’s back up the top to take in
the amazing views from the Skyway and Cableway. Talk about being on top
of the world.
The following day we headed out from Leura to visit Jenolan Caves.
There’s a bunch of different tours available targeted at different levels of
fitness, age and group size. As we had the little one with us we took one
of the family tours to the Imperial Orient caves.
Straight up we realised that we had been given a dud of a tour guide. As I was
explaining to my excited daughter about the cave we would be going into the
tour guide turns to me and tells me to shush. Her boring commentary
throughout the tour was frequently interspersed with “Don’t touch. Be quiet.
I’m talking.” It felt like I was back in school.
But the caves more than made up for the annoying guide. The immensity, the
stunning natural architecture and when all the lights the absolute darkness
was like nothing I’d experienced. Or as the little one said best. “Spooky.”
As we were leaving we were a few metres ahead of the group. The guide
patronisingly tells us to not wander as it’s very dangerous being underground.
My husband whose patience has finally worn thin turns and says, “I’ve been
working in underground coal mines for decades. I think I can manage to walk
through a one-way tunnel.” The guide pointedly ignores us from then on.
On the final day we put on the hiking boots and took a walk down to
Leura Cascades and along some of the lookout paths taking in the views
of the Three Sisters from Echo Point. Words can’t do justice to the sheer
majesty of this place.
Regardless of what type of trip you’re after the Blue Mountains is a great little
getaway. Bring out your inner Bear Grylls and enjoys the abundance of
outdoor activities like rock climbing and abseiling. Take it easy and stroll down
to the lookouts or browse through the local shops. And at the end of your day
find a cozy restaurant with roaring fireplace and relax.