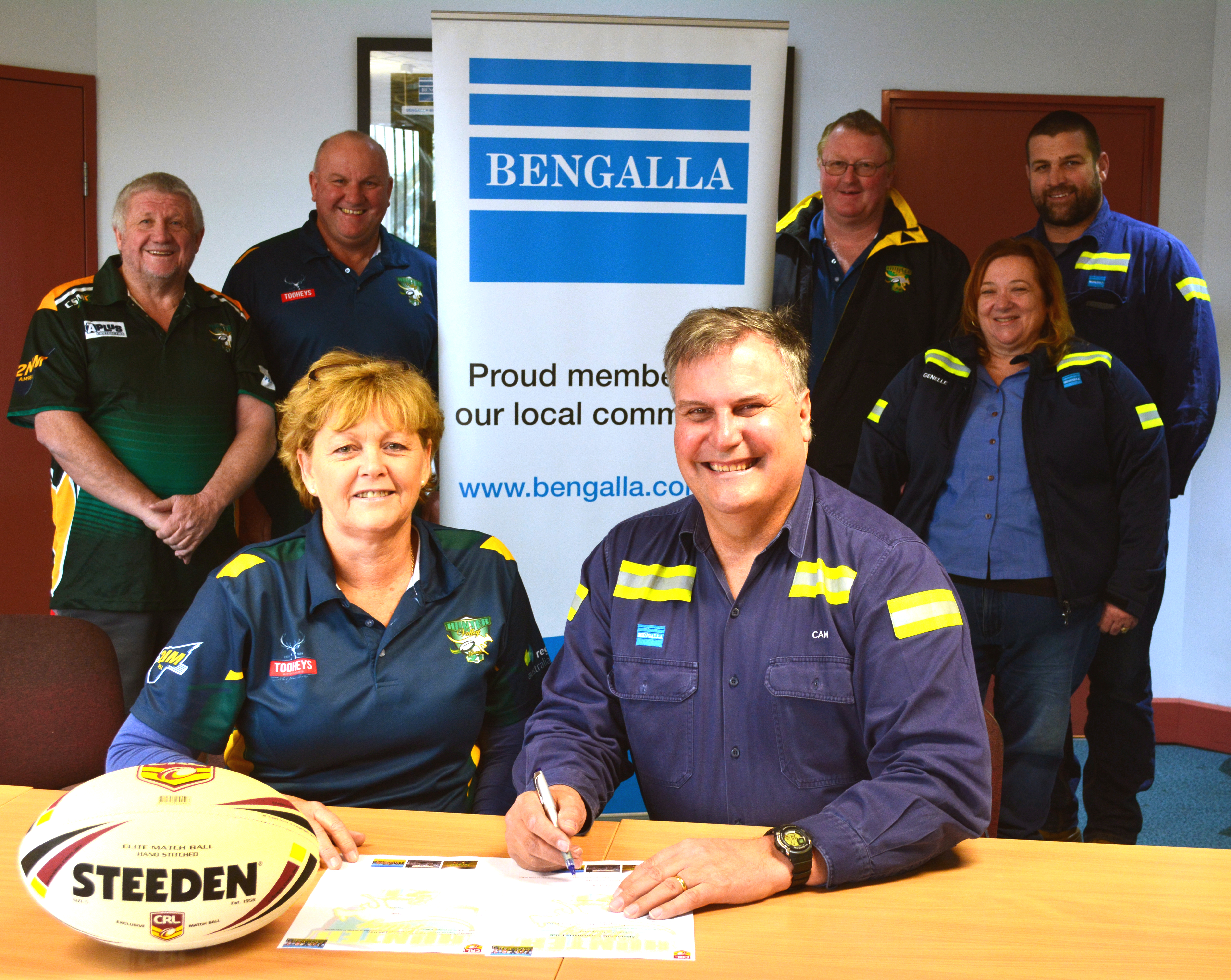 In a major coup for the local Group 21 Rugby League
competition, Bengalla Mining Company have signed on as
naming rights sponsor for the next 5 years.
The competition will now be known as the Bengalla Group 21 Rugby League
Competition after the naming rights became available this year. It’s a massive
positive for both Bengalla and Group 21, with Bengalla acknowledging it was a great
opportunity given the support Rugby League garnishes in our area.
“Rugby League in our local area has an extremely large following and we at Bengalla
are appreciative for the opportunity to come onboard and partner with Group 21 as
naming rights sponsor.” said Cam Halfpenny CEO of Bengalla Mining Company.
Simon Walmsley President of the Group 21 responded, “This is such an exciting time
for Rugby League here locally. To have a long-term relationship with Bengalla
Mining Company provides certainty for the clubs and more importantly the players
moving forward.”
“There’s a lot of Rugby League supporters and players that work in the mining
industry and we are very thankful to Bengalla for acknowledging that, and for
providing that certainty for the sport here locally into the future. To achieve
this sponsorship over 5 years allows us to focus on the football and promoting
the quality competition we have here.”
For Bengalla Mining Company it was an opportunity they could not slip by. “Most of
our employees live in the local area; Scone, Aberdeen, Muswellbrook, Singleton and
Denman. Many of our employees and their families play or are involved in some
aspect of the competition, so Bengalla is honoured to have the opportunity to
sponsor such a great community sporting competition.”
“We’re also committed to supporting activities that improve the health and wellbeing
of our workforce, their families and the local community. This sponsorship supports
encouraging people to be active and the development of local talent.” Cam said.
The new sponsorship agreement has commenced and the Bengalla logo will soon
adorn all the team’s jerseys. Group 21 took the opportunity to discuss the
competition and the successful year that has been.
“2018 has been a fantastic year in Group 21 and the competition is swinging on a
pendulum in most grades, so I encourage any local supporters to really get out there
at this back end of the season and support your club. Your support might be that
extra drive your club needs” said Simon.