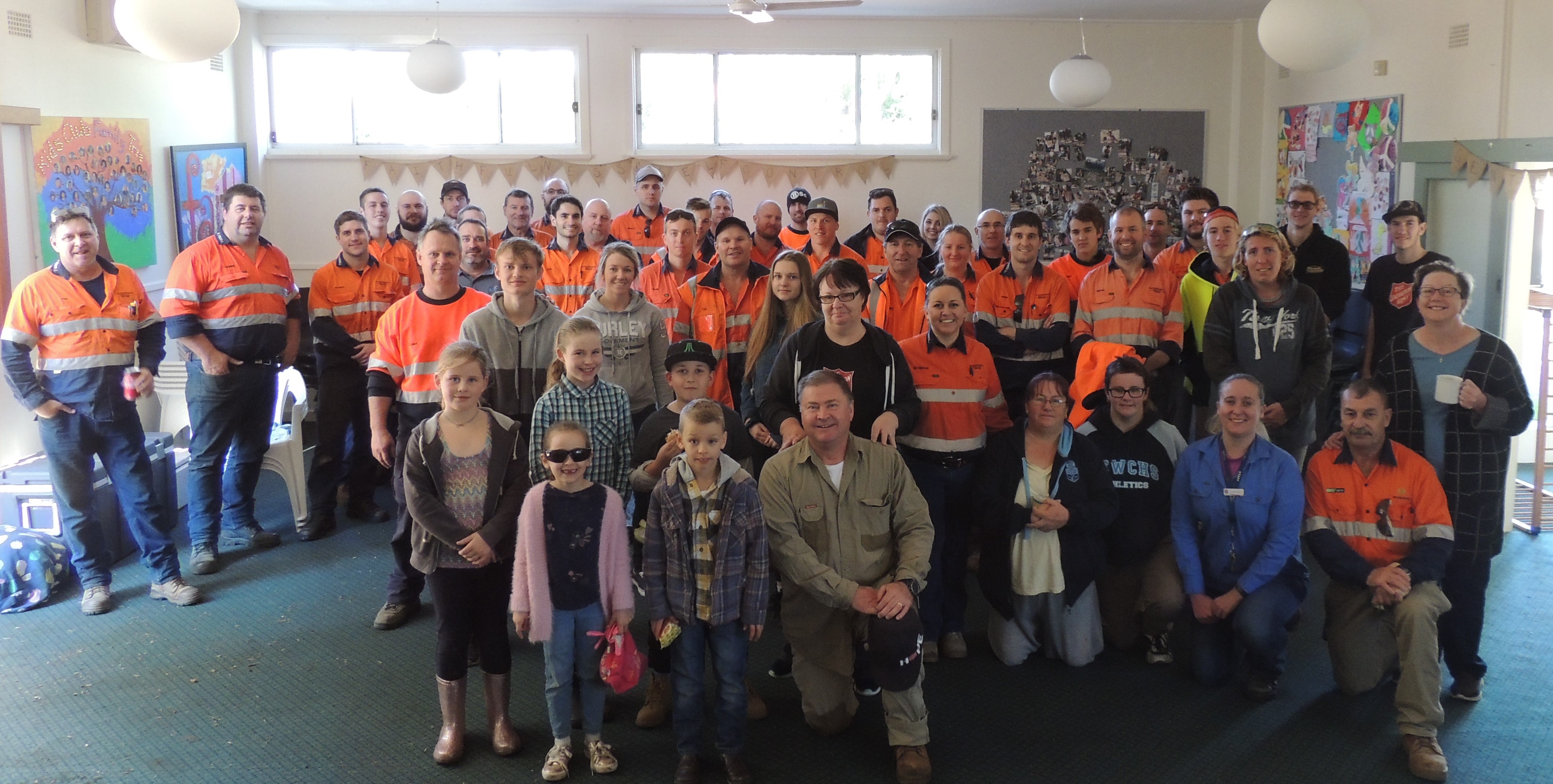 On June 30 over 50 employees from Glencore’s Ravensworth Open Cut Mine
gathered with Salvation Army volunteers at the Singleton Salvation Army
ready to pitch in for the mining company’s 6th Annual Working Bee.
An industrious team of volunteers including tradies, staff, and children took to
the tools to assist with general maintenance, improvements and gardening.
Glencore’s Monique Pollock said, “The key focus of the project was on
the hundreds of local kids the Singleton Salvation Army support on a
continuous and daily basis.”
“Many local children who are otherwise without, are provided the opportunity
to learn and prosper thanks to the dedicated and invaluable work done by
Leanne and Peter Bennett and Salvation Army volunteers.”
“It was great to see such community spirit, especially from the children
participating at the working bee. They were very interested in how the
Salvation Army support the local community, asking questions about what
help is needed in our community and how the Salvation Army decides who to
help.”
The Salvation Army’s Peter Bennett said they were very thankful for all
of the support Ravensworth volunteers have offered to them and were
taken back by the enthusiasm of all involved.
One of the donations made on the day were two very large boxes of non-
perishable food collected by Ravensworth employees, Peter joked the boxes
looked like something which would be dropped out of a Hercules.
Overall it was a fantastic day for both the Glencore team and the staff and
volunteers of the Singleton Salvation Army.