It was a nail-biting marathon at the recent Independent Planning Commission that went down to the wire for Rix’s Creek, their workers and the Singleton community – but the fight isn’t over yet!

With the recent determination to continue operations for only a short nine months up to March 2020, the workers and everyone in the Singleton community needs to gear up for now what will be the main event.

The Rix’s Creek Continuation of Mining Project (SSD 6300) is seeking approval to extend the existing mining operations at Rix’s Creek Mine until 2038, to increase peak production and recover an additional 32 million tonnes of coal allowing the remaining resource to be extracted.

It would very much be business as usual at the site, with neighbours and the surrounding community not likely to notice significant change. Workers, their families and anyone interested in the continued prosperity of our town need to approach the next phase with even greater passion and determination. Waiting until the eleventh hour is not an option. We came within a week of hundreds of families losing their livelihoods and a great Australian company being resigned to history.

We must streamline the planning system.

We cannot allow projects to be caught up in activist related chaos or ‘red tape’ delays. It doesn’t matter if you are a supporter or detractor of mining, the fact is that our coal industry makes an enormous contribution at a local, state, national and even international level.

This will be the case for the foreseeable future and Rix’s Creek should be a major and positive part of that future.

The mine’s operator, The Bloomfield Group, said that although the short-term outcome was of some relief for hundreds of employees, their families and many others in the community that rely on the mine, it was critical for the long-term future of the mine to be clarified.

Brett Lewis, CEO, The Bloomfield Group said,“We have worked tirelessly and in good faith to follow an evolving planning process over six years. We support a rigorous and exhaustive process, but the uncertainty and stress that the current system has created for hundreds of employees and their families has been particularly difficult.”

“As a locally and family owned business that has been part of the Singleton community for 30 years, we are asking for your ongoing understanding and support as we continue working through the approval process. We hope to be in touch with more good news soon,” he added.

Talking to the people from Rix’s Creek, it’s the genuine and heartfelt way they share their story and concerns that shines through, but it’s far from only company people that are as supportive as they are worried. Many community groups such as The Cancer Council to name just one couldn’t do what they do without them.

Glen Parsons, Community Programs Coordinator, Cancer Council NSW told us, “Nearly all our funding comes from the community and particularly in our region of the Hunter Central Coast the Upper Hunter communities are so generous. We’re grateful to our local corporate supporters like The Bloomfield Group which encompasses Rix’s Creek Mines who choose to support our lifesaving work. The Bloomfield Group has raised over $500,000 for Cancer Council since 2010, which has helped us support people affected by cancer.”

While @ The Coalface is a strong supporter of new mines (and the economic activity and jobs that come with them) that are well planned being greenlighted and developed, we are even bigger supporters of sensibly planned existing operations extending their productive life. It allows for less overall development and disturbance on already mining affected land and continued stability for their workforces. A no-brainer we reckon.

We have never known a mining company that takes its obligations more seriously than this one. Be it potential adverse effects on near neighbours, Singleton or the environment, they work to do it to the highest possible standards 24 hours a day 7 days a week. They have the same approach to the futures and welfare of all who work there too. They don’t cut corners and ‘just enough’ is not good enough for this proud family owned company. Doing their absolute best has always been their goal.

Rix’s Creek really is a mine of the highest standards and should be positively supported to continue the great work they do with their workforce, the Singleton community, and NSW mining in general. They genuinely are a showcase operator for the mining industry on best practice and integrity.

Will we fix it? Yes we will! 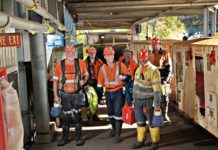 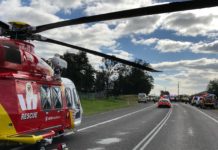 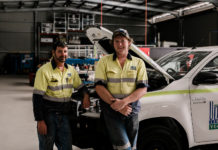